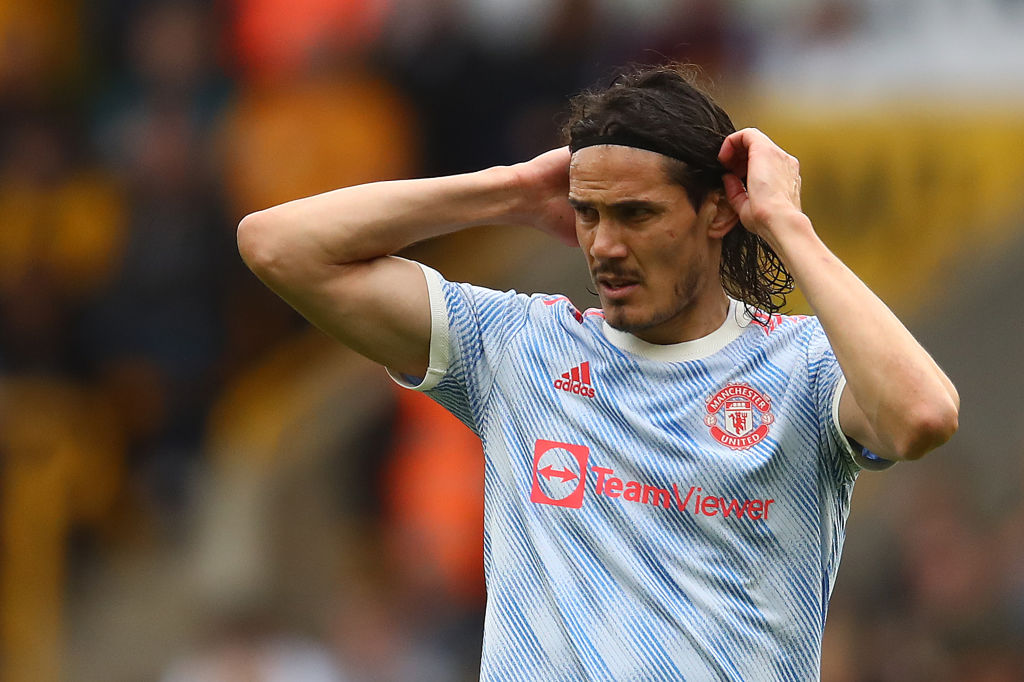 Ole Gunnar Solskjaer has ruled Edinson Cavani out of Manchester United’s trip to West Ham United this weekend, saying that he hopes to have the striker available for next week’s clash with the same opponents in the EFL Cup.

The 34-year-old is out with what was described as a ‘slight strain’ he picked up during the international break, which has proved to be enough to keep him out of the Premier League clash in the capital on Sunday afternoon.

Clearly not serious, though, Cavani may be back in training the day after and could be in contention on Wednesday when the Red Devils host the Hammers at Old Trafford in the Carabao Cup, although Solskjaer wasn’t entirely confident.

‘Edinson hopefully will start training with us after the weekend,’ Solskjer told a press conference on Thursday. ‘Hopefully, maybe Monday so maybe he’ll be involved on Wednesday, who knows?

‘He had a fantastic season last season, the impact he made towards the end of it when he got his fitness.

‘He struggled earlier on with his fitness, with niggly injuries, so we feel now to get the best out of Edinson this season we need to have him 100 per cent fit and not push him.’

With the summer additions of Cristiano Ronaldo and Jadon Sancho, and the impressive form of Mason Greenwood, Solskjaer is under no pressure to rush the Uruguayan back into the first team, so will take his time.

‘We’ve got a strong squad that can cope with having to let players heal and don’t risk any further injuries,’ said the Norwegian.

‘I see Edinson having a massive impact because he’s that kind of personality and a player, he’s a top professional and he can’t wait to get back on, he’s working really hard to get back on the pitch.’

Cavani has made just one appearance for Manchester United so far this season, coming off the bench for 37 minutes in the 1-0 win at Wolverhampton Wanderers.

Solskjaer remains without Marcus Rashford, who will be out for another month after his shoulder operation, but will have Ronaldo, Greenwood, Sancho and Anthony Martial available to him against the Hammers at 2pm on Sunday.