Manchester United could inadvertently prevent Chelsea from signing Erling Haaland this summer and it’s all because of Jadon Sancho. The Borussia Dortmund pair are attracting strong interest from the Premier League with both assets valued at well over £200million when combined.

Dortmund are no strangers to a big sale though having previously flogged the likes of Ousamane Dembele, Pierre-Emerick Aubameyang, Henrikh Mkhitaryan and Christian Pulisic.

However, offloading both Haaland and Sancho in the same window is not currently deemed viable by the board.

The Bundesliga club intend to keep hold of the striker for another year anyway but would consider a mega offer if it arrived.

But according to Fabrizio Romano, Dortmund definitely do not want to lose Haaland if Sancho leaves. 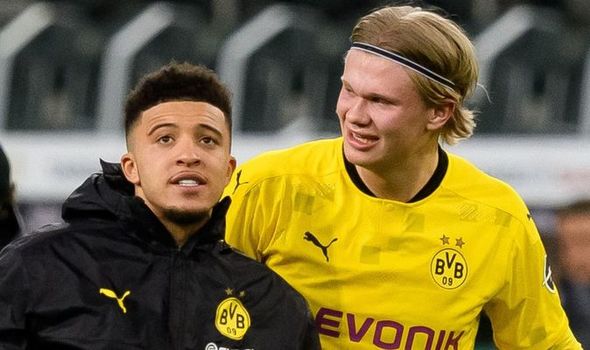 As things stand the winger’s potential exit is looking far more likely than his teammate Haaland.

That’s because he outlined his desire to join United last summer but was instead kept at the club after the Red Devils failed to meet Dortmund’s £108m valuation.

Now there is an understanding that this could be the right time to cash in on Sancho, whose stock has fallen in the past year.

United are keen and are currently in dialogue with his representatives again.

There has still been no contact with Dortmund though, which will ultimately hold the key to the deal.

The ordeal is a blow for Chelsea, who are determined to strike while the iron is hot when Haaland is concerned.

Next year, the Norwegian’s release clause believed to be worth around £64m will become active.

It means any club who matches that is free to negotiate with the player. 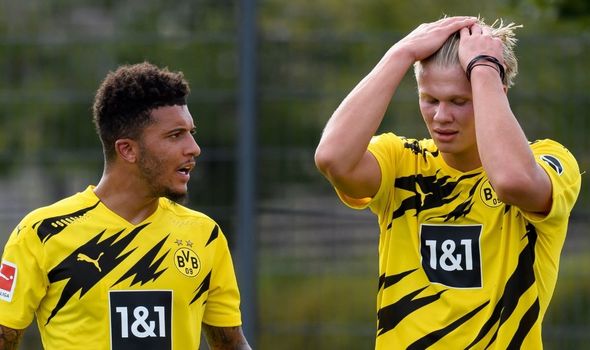 At the moment, the Blues seem the only club serious about prising Haaland away from Signal Iduna Park this summer.

Manchester City and Manchester United remain keen but Harry Kane is also in their thinking.

Meanwhile, Barcelona and Real Madrid could enter the fray again in 12 months’ time when they have raised some additional cash through player sales.