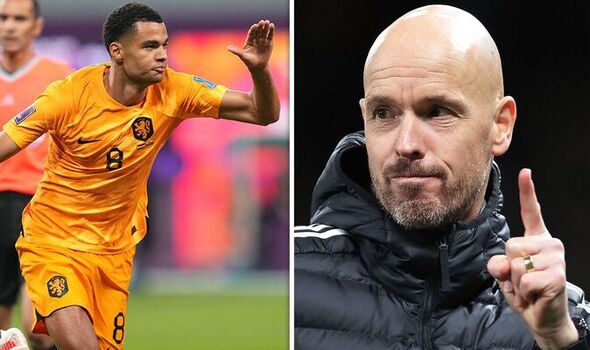 Manchester United appear to be closing in on their first signing of the January transfer window. Former Dutch footballer and manager turned broadcaster, Hans Kraay Jr, has described Cody Gakpo as “gone” from PSV Eindhoven.

Gakpo is United’s top target heading into the winter window. The versatile forward has had a superb start to the season for PSV and is now showcasing his talents on the world stage in Qatar.

The 23-year-old has nine goals and 12 assists in 14 Eredivisie appearances so far this term. He has scored in both of the Netherlands’ opening two matches at the World Cup, including a glorious left-footed strike from outside the Ecuador 18-yard box in Friday’s 1-1 draw.

United need a replacement for Cristiano Ronaldo after the Portugal superstar had his contract torn up last week. And Gakpo is at the top of the wanted list for manager Erik ten Hag.

Kraay Jr claims there is no way PSV can keep hold of Gakpo any longer. He says he has already “gone” from the Dutch club and will soon be plying his trade in the Premier League, with United the most likely destination.

Kraay Jr told ESPN: “Gakpo is gone. PSV are not going to keep him, and cannot keep him anymore.

“Gakpo will soon be playing in the Premier League. The chance that it will be Manchester United is now a lot higher again, because Cristiano Ronaldo has left.

“They have even more money available. At Liverpool, assistant Pepijn Lijnders is charmed by him, so he is chasing Jürgen Klopp. Yes, Gakpo is gone.”

Gakpo is backing up his performances from last season where he scored 21 times in all competitions for PSV. It was the best goalscoring campaign of his career so far and he is set to overtake that again this term.

Former Netherlands international Nigel de Jong was full of praise for Gakpo in his analysis of his strike against Ecuador. De Jong said on ITV: “He’s a real talent.

“It was a great pass from [Nathan] Ake here, this is what we like to see from Dutch football – breaking the lines. Brilliant touch, a little bit self-inflicted from Ecuador but it was a great strike from a difficult angle as well.

“This is the man in form for the Dutch team right now, especially when Memphis Depay is not fully fit yet. We’ve got to have the creativity from other players and they’ve got to step up to the occasion, and Gakpo is doing that in back-to-back games.”