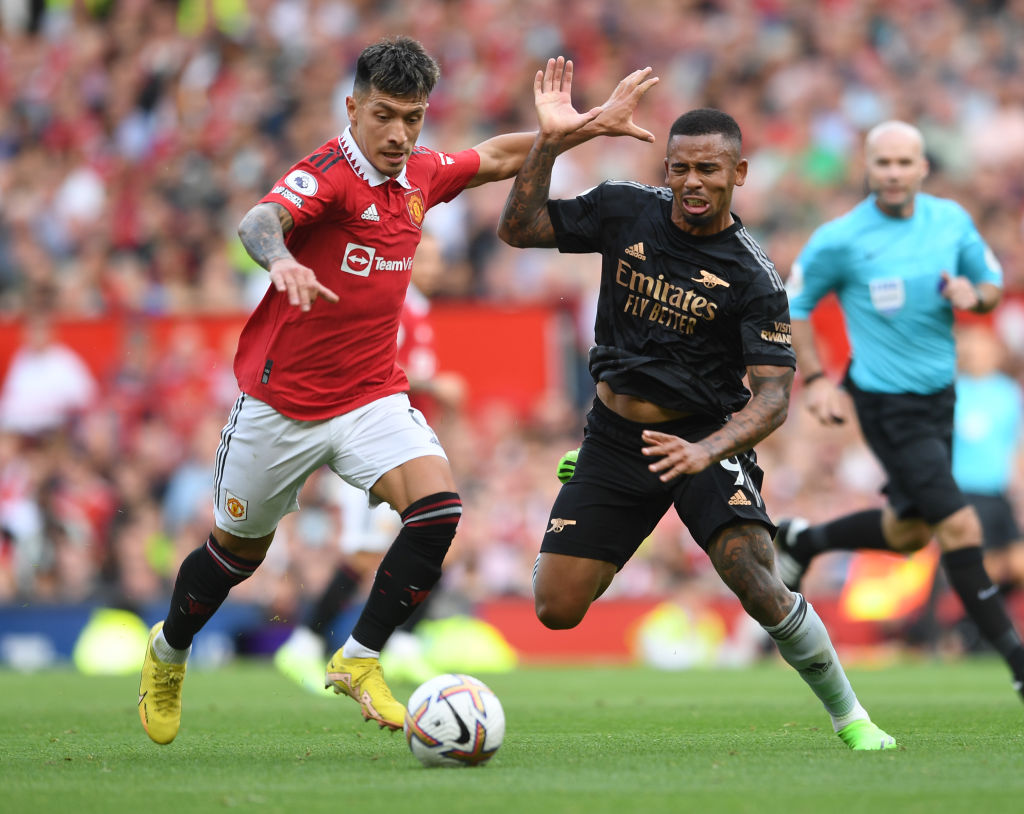 Manchester United fans are calling for Gabriel Jesus to face action from the FA after footage was uncovered of the Brazilian kicking out at Lisandro Martinez during Arsenal’s defeat to the Red Devils on Sunday.

The Gunners saw their 100% start to the season come to an end on Sunday with a 3-1 defeat to Erik ten Hag’s side at the Theatre of Dreams.

Arsenal were furious that Gabriel Martinelli’s goal was disallowed before Antony’s opener when a VAR review showed Martin Odegaard fouled Christian Eriksen in the build-up.

Gooners have been incandescent at Paul Tierney’s officiating during the defeat, particularly at his leniency towards Scott McTominay.

Mikel Arteta was furious in the aftermath of the defeat, calling for more consistency from the officials and describing the decision to disallow Martinelli’s goal as ‘very soft’.

But United fans have uncovered footage from the match that has given them their own serving of sour grapes.

So this is the knock that resulted in Lisandro Martinez being subbed off for Harry Maguire and almost injured him.

The kick from Gabriel Jesus.

Jesus then takes a clear swipe at Martinez, with the Brazilian clearly unhappy with what he perceives to be sly tactics from the Argentine.

The off-the-ball incident was not noticed by the officials, nor by VAR.

Had the incident been seen, Jesus would likely have received a red card for the kick and Arsenal would have been down to ten men for the remaining 50 minutes.