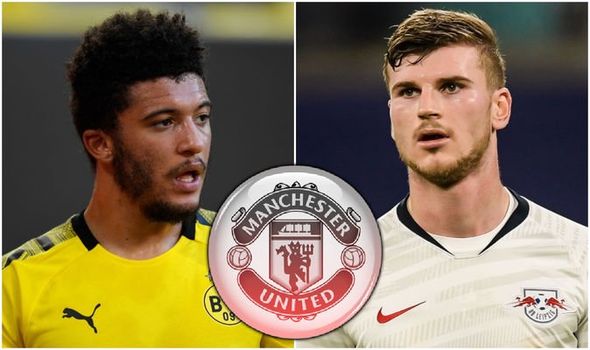 Manchester United supporters are confident that Jadon Sancho will join the Red Devils after rivals Chelsea agreed a deal with Timo Werner, with the Blues now set to activate his £53million release clause.

It emerged on Thursday evening that Werner has agreed terms on a £200,000-a-week contract to join the Blues this summer.

Liverpool had long been tracking the Germany international and Jurgen Klopp is even thought to have held talks with the 24-year-old, while United had also kept a close eye on the in-form forward.

But he is now Stamford Bridge bound and looks set to become Frank Lampard’s second addition of the summer after the west Londoners agreed to pay nearly £37million for Ajax playmaker Hakim Ziyech, who will arrive at the end of the season.

With Chelsea shelling out just shy of £100m on the pair, United fans believe they are now the frontrunners for England international Sancho, who could cost as much as £120m even in a post-coronavirus market. 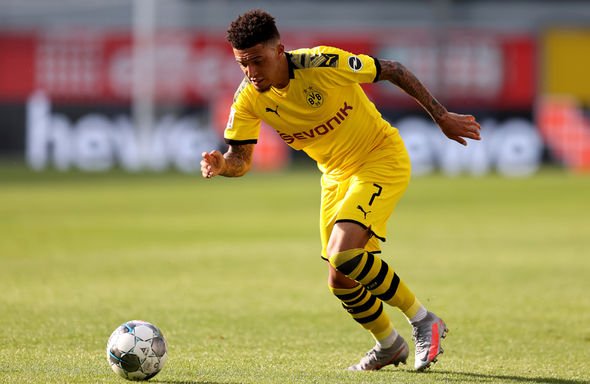 It appears unlikely, despite their FIFA transfer embargo meaning they have more cash than their rivals this summer, that Chelsea will sanction such a deal in the wake of agreeing terms with Werner.

And one United fan wrote: “Ziyech and Werner to Chelsea. Opens the door for Sancho to United. Liverpool in the mud.”

While another posted: “United having a clear run at Sancho and Havertz you say?”

“Chelsea signing Werner all but guarantees Sancho to United also?” a third said.

Another said: “Werner joining Chelsea will hopefully give us an easier run at Sancho.”

A fifth posted: “This should increase our chances to sign Sancho. Can’t see chelsea signing more expensive players after spending 100 mil on Werner and Ziyech.”

This fan reacted: “With Chelsea getting Werner there’s no one in the race for Sancho except for United now.”

While another United supporter said: “Werner to Chelsea then. Very good signing for them, we need to go out and spend more than usual, Sancho and Bellingham atleast.”

Former Borussia Dortmund midfielder Steffen Freund believes Sancho is talented enough to make the switch to Old Trafford – but believes he would be best served spending another year at the Westfalenstadion.

“Jadon is ready to play for Liverpool or Man United, no question, because his stats are unbelievable,” Freund told talkSPORT.

“That shows that he can take the next step. In the Borussia Dortmund side with [Erling] Haaland, [Julian] Brandt improving, with Emre Can signing, with changing to a back-three that suits Sancho.

“It would be good for him to play for Borussia Dortmund now and next year so that he will have more match time. 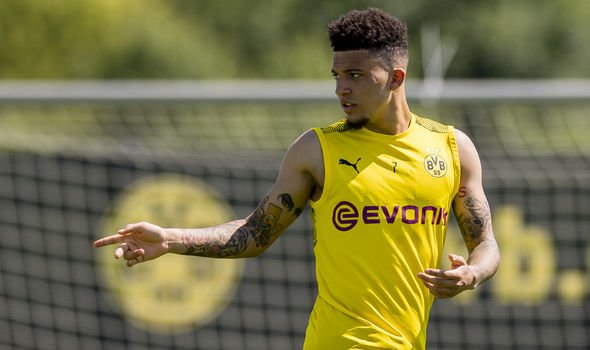 “Remember [Luka] Jovic, who moved to Real Madrid from Eintracht Frankfurt, he’s not playing. If you have an offer from Real Madrid you think, ‘I have to go’.

“No, you don’t have to go because the salaries in the Bundesliga are on a good level, too, not as much as Real Madrid or the Premier League, though.

“But you can earn good money and improve and not make too much of a big step at once.

“So for Jadon to move to Man United with that pressure, they are struggling to qualify for the Champions League, so maybe it’s better to stay another year in Dortmund.”