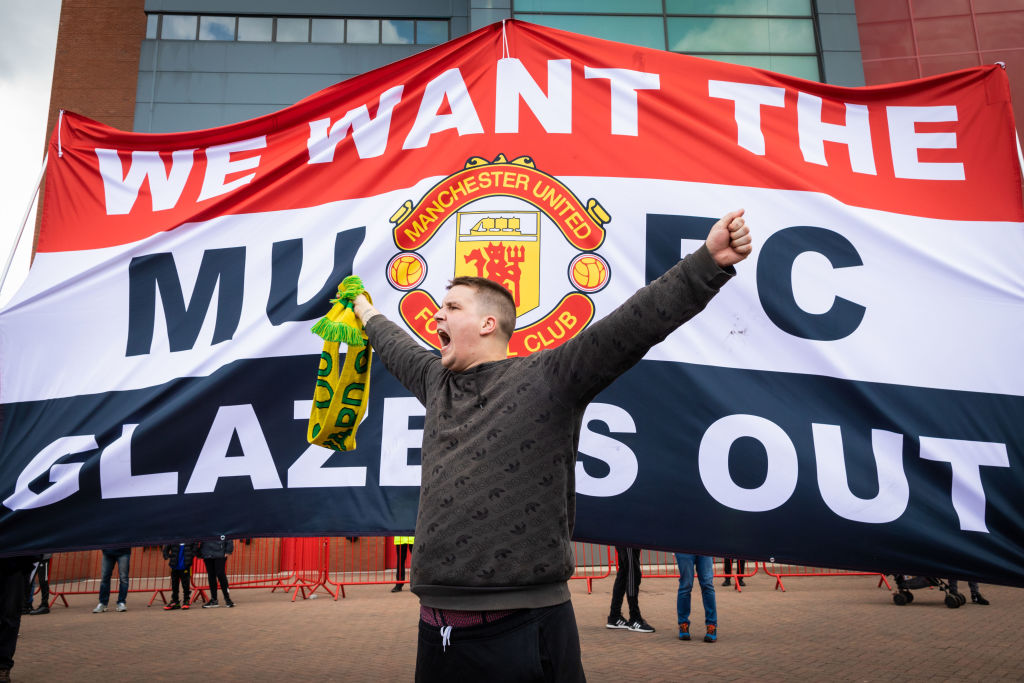 Hundreds of supporters managed to force their way inside the stadium several hours before kick-off, while thousands more gathered outside Old Trafford to protest against the Glazer family’s ownership of the club and their attempt to join the European Super League.

The match – which could have decided the Premier League title had United lost – had to be called off, with protestors blocking the route from the team hotels to the stadium.

A new date for the rearranged match is yet to be determined, with the postponement creating a scheduling nightmare for the Premier League – and it may not be the only disruption.

According to The Times, the supporters who broke into Old Trafford are planning a repeat of Sunday’s scenes when Leicester travel to Manchester on May 12.

Their intention on Sunday was to delay or postpone the match with Liverpool – which they achieved – and they are expected to try and do the same next week.

The rearranged Liverpool fixture, whenever it is scheduled, will also be the target of more demonstrations, though the Manchester United Supporters Trust (MUST) have offered the club’s owners a way to avoid a repeat of the scenes on Sunday.

MUST say they do not want to stage further protests and penned an open letter to co-chairman Joel Glazer detailing a way forward with a four-point plan, though they have asked for a public response by Friday at the latest.

‘Let’s be very clear that no-one wants what happened at Old Trafford yesterday to be a regular event,’ read the statement.

‘What happened was the culmination of 16 years in which your family’s ownership of the club has driven us into debt and decline, and we have felt ever more sidelined and ignored.

‘After 16 years not one member of the Glazer family has ever had so much as a conversation with us, the club’s Supporters’ Trust.

‘Yesterday, that frustration reached boiling point. We support the right of fans to protest lawfully and, although we did not personally witness any such acts, of course we do not condone any acts of violence.

‘None of us want this to continue. We all have better things to do. So we need to find a way forward.’

The four-point plan calls for increased supporter ownership, the appointment of independent directors to the board, the end of the two-tier share scheme and consultation with fans over any future plans to join another competition like the European Super League.