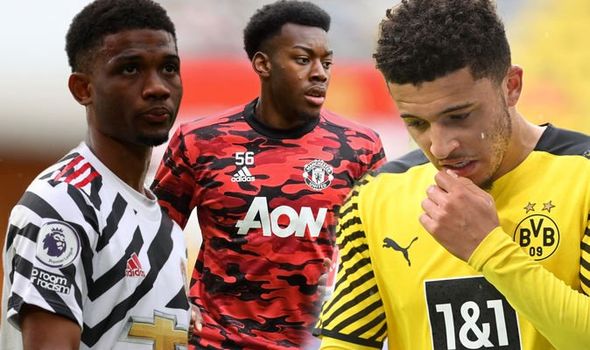 Manchester United are negotiating to sign Jadon Sancho from Borussia Dortmund and hope an agreement can be reached to bring the England international to Old Trafford in the upcoming summer transfer window.

United tried and failed to sign Sancho last year but are going again to try and negotiate a cheaper price for the 21-year-old wide-man. The Athletic say United are prepared to pay £80million for the forward who was valued at £108m last summer and is coming off the back of a 16-goal and 20-assist season.

But Dortmund want an extra £20m on top of that amount in achievable add-ons with Sancho widely tipped to be one of the best forwards in the world over the next decade.

That leaves United with work to do in order to broker an agreement but given Dortmund have been keen to utilise the loan market in recent years with Paco Alcacer, Achraf Hakimi, Emre Can and Reinier, there is a trick that United perhaps might use to try to get the deal done.

Two of those players went on to sign permanently but Hakimi didn’t, and his Real Madrid team-mate Reinier is unlikely to as well, meaning that Dortmund borrowing one of United’s exciting youngsters could still appeal even if the Red Devils make it clear they have no intention to sell them permanently further down the line.

So perhaps United could agree to send an exciting youngster to Germany for regular exposure to first-team football in part-exchange for signing Sancho? Express Sport looks at some potential players United could offer to Dortmund on one-year or two-year loans. 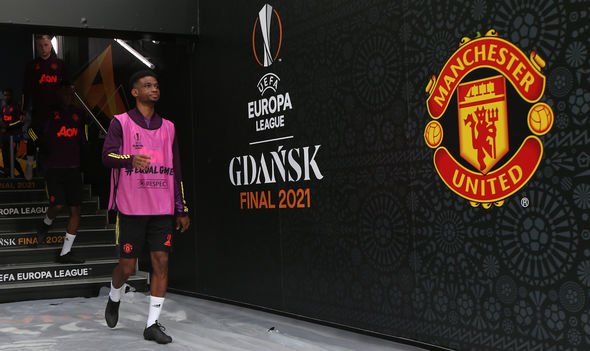 By far the most attractive of United’s potential loan options, Amad could eventually cost United up to £37million and joined the Red Devils last summer from Serie A side Atalanta, though only came over to England in January.

Rather than going back out on loan, Amad stayed at United but only played 263 first-team minutes – less than he managed for United’s under-23 team. They also mainly came only because rotation was an absolute necessity during a packed fixture schedule.

The Ivorian attacker, who turns 19 in July, can play on both sides like Sancho and has already scored at senior level for Atalanta and United, so could well be productive over in Germany especially as he gets more regular game-time.

United would undoubtedly prefer to keep him but Amad didn’t come off the bench in the Europa League final against Villarreal even though the match went to extra time and Ole Gunnar Solskjaer desperately needed fresh attacking legs.

And so that perhaps points to the fact Solskjaer does not yet see Amad as a truly established first-team player, so he might benefit from a year or two of regular football at Dortmund, particular with minutes even harder to come by in Manchester if Sancho joins. 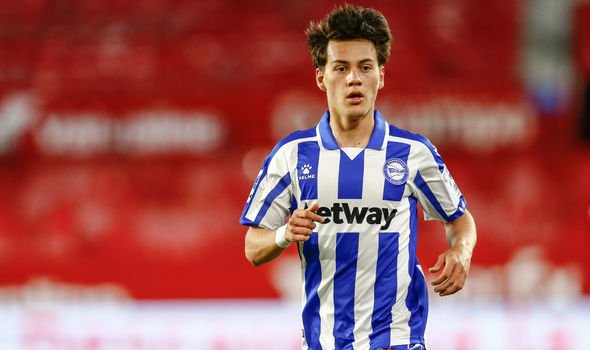 Like Amad, Pellistri was signed last summer – albeit for a lesser fee of around £7.65m – but is still yet to make his first-team debut at Old Trafford, though he has scored twice for the under-23s.

The Uruguay international joined Alaves in La Liga in January and went on to make 12 appearances, racking up nearly 600 minutes all on the right wing.

Former Penarol attacker Pellistri is not quite as explosive a talent as Amad but it’s clear the South American’s ceiling is still very high.

And the 19-year-old is likely to be one whom United are willing to send out on loan again next term, with the Bundesliga perhaps a good division for him to cut his teeth in with a full season’s worth of football.

Before his Alaves loan, Ole Gunnar Solskjaer said: “We want him to have regular football, of course, at a higher level [than under-23s].” That stance probably still stands now, and Dortmund are the ideal club for such a player to get it. 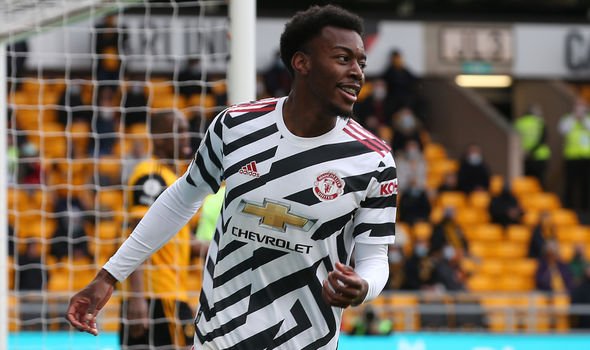 The latest up-and-comer, Elanga scored his first United goal against Wolves on the final day of the Premier League season, just his second appearance for the club after being a surprise starter against Leicester in the previous league game.

Elanga was excellent at Molineux and impressive enough to indicate he has a big future ahead of him in Manchester.

The Sweden youth international was also an unused substitute in the Europa League having shone at under-23 level this, scoring nine times and laying on three assists in Premier League 2, term.

Elanga, 19, like Amad is on the cusp of regular first-team involvement at United but his emergence is bound to be somewhat stunted if Sancho arrives, and with Anthony Martial back from injury.

Perhaps then the Swede could be sent to Dortmund for some more consistent minutes in the wide positions, though Elanga is also able to play down the middle. 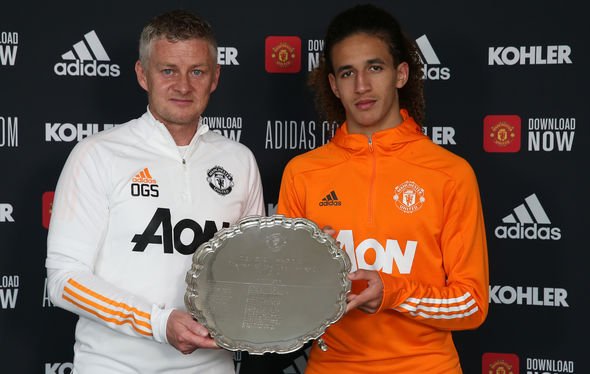 A creative attacking midfielder rather than a tricky winger like Amad, Pellistri and Elanga, Hannibal is another standout performer at under-23 level and was named the club’s Young Player of the Year for 2020-21.

He racked up four goals and eight assists in Premier League 2 this season and came off the bench at Wolves but is still waiting on a first senior start.

The 18-year-old Tunisian, signed from Monaco two years ago, is another in whom United have huge hopes with Bayern Munich, Paris Saint-Germain and Barcelona all having tried to sign him back in 2019.

But with United having Bruno Fernandes, Paul Pogba and also Donny van de Beek, as attack-minded midfield options, minutes under Solskjaer are likely to be limited for the foreseeable future.

Given Hannibal’s skillset, a move to Germany is one that could benefit the player but also both clubs plenty.