Paul Scholes claimed Scott McTominay was taking social distancing a little too literally when analysing his part in failing to stop Leicester’s equaliser at the King Power Stadium. Manchester United took the lead in the contest courtesy of Marcus Rashford’s cool finish.

The Foxes responded well though and had joy from the high press deployed by Brendan Rodgers.

It eventually brought them level when Bruno Fernandes was dispossessed by James Maddison on the edge of his own box.

He then teed up Harvey Barnes who drove home from the edge of the area in emphatic fashion.

Replays showed that McTominay failed to close down the Leicester winger and allowed him a clear opening to strike at goal. 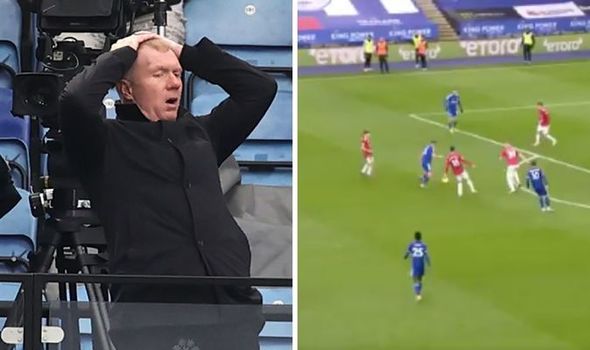 It was something that was picked up on by both Robbie Savage and Scholes at half-time and the former England midfielder packed no punches when assessing McTominay’s efforts to close down the shot.

“Yes it’s poor play by Fernandes, he gets on the half-turn and tries to put it through the legs but doesn’t.

“You look at Scott McTominay and you’ve got to try and block that shot quicker.

“[Eric] Bailly tries to stop it and I think David de Gea is unsighted.

“But look at the press, the way they get there. That’s why Fernandes plays as a 10 high up the park.

“But Scholesy, I’m not sure David de Gea can save that. I want more from Scott McTominay.”

Scholes then added: “I think McTominay is taking social distancing a bit too literally there. 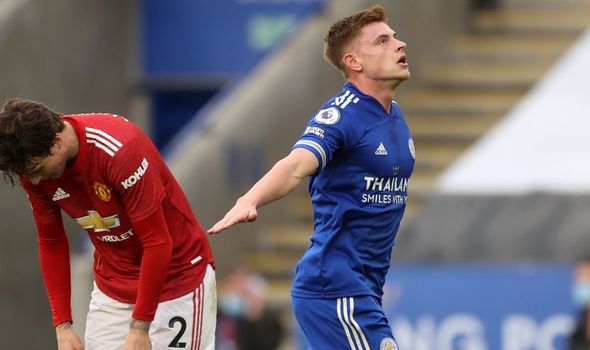 “He’s really got to stop the shot, hasn’t he?

“We know the ability Harvey Barnes has got, he’s shown that.

“Bailly as well should be getting out there to stop the shot.

“David de Gea is a little bit unsighted so probably unfair to blame him.” 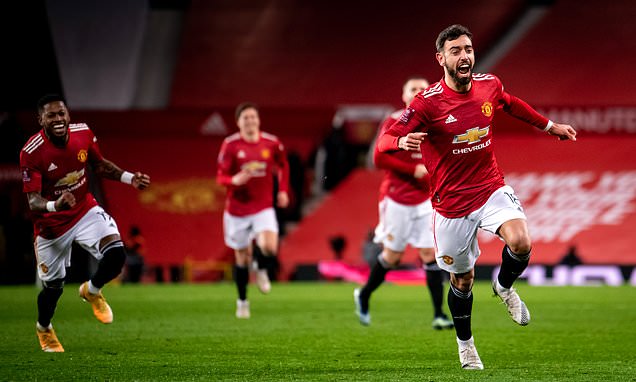