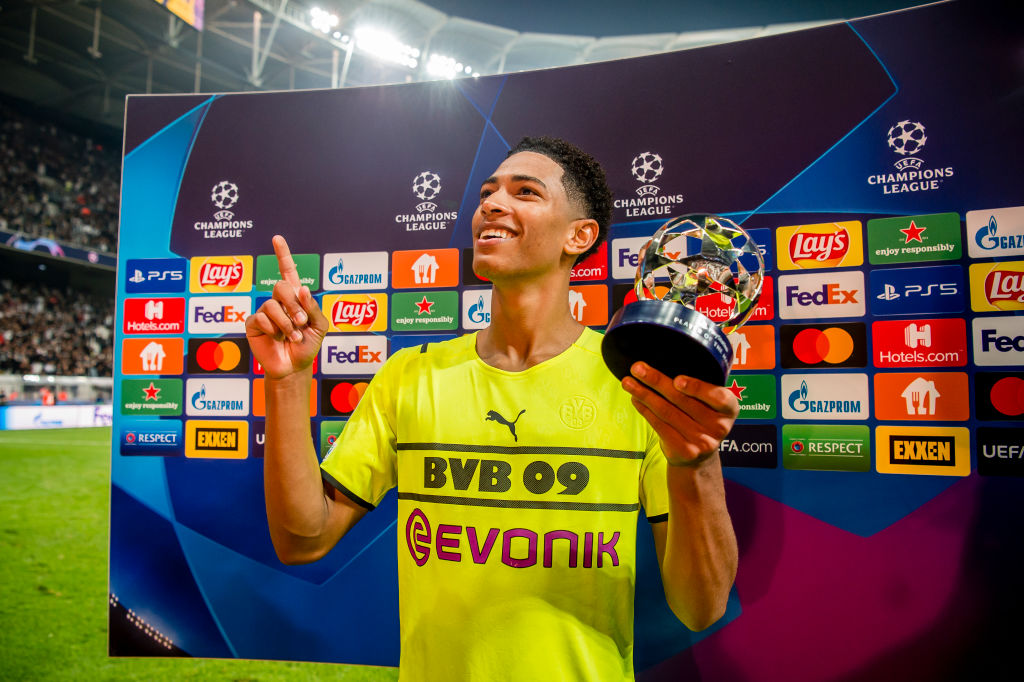 Manchester United are leading Premier League rivals Liverpool and Chelsea in the race to sign Jude Bellingham from Borussia Dortmund, according to reports.

Most of England’s top clubs considered moves for Bellingham when he was at Championship club Birmingham City, but he decided a move to Germany would benefit his career.

That decision appears to have been a smart one, with Bellingham thriving at Dortmund in the Bundesliga and Champions League, and the 18-year-old becoming a regular for England.

Bellingham’s form last season earned him a place in Gareth Southgate’s England squad for Euro 2020 and, when he featured in the tournament, the teenager became both the youngest Englishman to play at any major competition and the youngest of any nationality to play at the Euros.

Manchester United, Liverpool and Chelsea have all expressed interest in signing Bellingham next summer, but The Sun say it is the Red Devils who are at the front of the queue.

It is claimed United’s interest in Bellingham last year has laid the foundations for their sensational swoop, with Sir Alex Ferguson giving the player a tour of the club’s training complex in April 2020.

Red Devils boss Ole Gunnar Solskjaer is also believed to have spent time with Bellingham, who will have fond memories of the trip to Manchester United despite the fact he ultimately decided to join Dortmund.

Bellingham has enjoyed a superb start to the season and was named the UEFA Player of the Match after Borussia Dortmund beat Besiktas in the Champions League on Wednesday.

He became the youngest Englishman to score away from home in the competition and surpassed France and Paris St Germain superstar Kylian Mbappe as the youngest player in the tournament’s history to score in consecutive Champions League games.

‘What can I say? He’s amazing. He is 18-years-old and plays so incredibly well. He is fantastic.’

While Manchester United have reportedly moved ahead of their rivals in the pursuit of Bellingham, Chelsea are still interested in securing his signature despite the recent signing of Saul Niguez.

Liverpool are also keen admirers of the teenager, with Jurgen Klopp reportedly identifying Bellingham as his top target for next summer.