Nottingham Forest goalkeeper Dean Henderson has been spotted making an unusual reaction to a goal the Manchester United loanee conceded on Friday night against Fulham. Steve Cooper’s side lost 3-2 at the City Ground, and their stopper was seen reacting to the third goal that he let in.

As Harrison Reed hit the back of the net, Henderson pounded the turf and flung his body off the floor in a way that reminded fans of a wrestling move. One supporter tweeted: “Dean Henderson turned into a WWE referee,” as the England goalkeeper raged following the goal.

Another fan said: “Lol. Some fans actually rated him above DDG [David De Gea]!Just another English hype. That rage at the end will get him a gig as a @WWE referee though. Not too late to switch careers @deanhenderson.”

Forest did get another goal back through Lewis O’Brien, but were unable to salvage a point as goals from Reed, Joao Palhinha and Tosin Adarabioyo saw Marco Silva’s side on their way to three points after Taiwo Awoniyi’s early header. It is not the first time that Henderson has been the subject of conversation for something other than his shot stopping, as he hit out at his parent club United after leaving on loan. 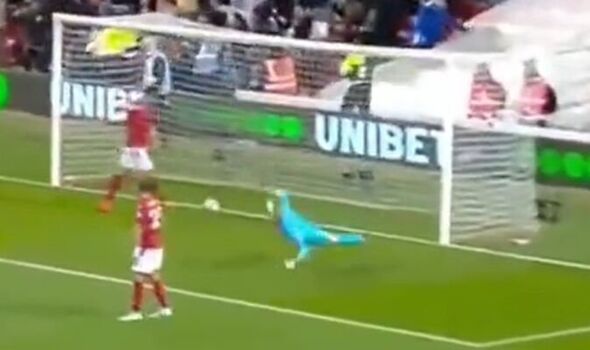 Henderson claimed that last season was the “toughest 12 months” of his career after alleging that he was promised the number one jersey, only to be below David De Gea in the packing order. “It was all planned out,” Henderson said after sealing his loan move.

“I was almost gone before the manager came through the door and I haven’t spoken to him since. To be honest with you, it’s probably been the toughest 12 months of my career. It’s been tough, it’s been hard and I’m so happy I’ve got out the other end of it. I’m so excited to be here and ready to go. 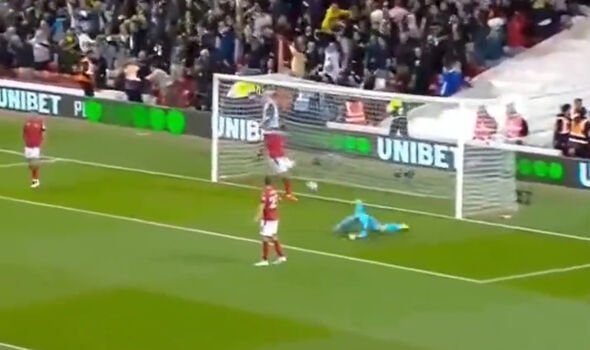 “The conversation I had coming out of that Euros squad was ‘You’re coming back here to be the number one goalkeeper’. I got Covid, come back, I should have still been the number one, but unfortunately, no-one followed through with anything they told me.

“It was frustrating because I turned down so many good loans last summer for that reason and they wouldn’t let me go. So, it was frustrating. To sit there and waste 12 months, it’s criminal really at my age.”

De Gea responded to Henderson’s claims before United’s 2-0 win over Moldovan side FC Sheriff in the Europa League. “Well, I’m just here to do my job, to try to be better every day,” De Gea said. “So I don’t think it’s the time to talk about what happened last season. I think we should focus on the season now.”