Manchester United full-back Diogo Dalot is not happy with his game time at Old Trafford and wants to leave the club, according to transfer expert Duncan Castles. However, manager Ole Gunnar Solskjaer is not ready to sanction an exit for the 21-year-old. Dalot made just 11 appearances for United last season, missing a large chunk of games due to a groin injury.

Dalot has failed to nail down a regular spot since joining the Red Devils for around £19million in 2018.

Castles claims Solskjaer has earmarked Dalot as his third-choice right-back heading into this season, behind Aaron Wan-Bissaka and Brandon Williams.

But the Norwegian manager is not yet willing to let the Portugal youth star leave.

“They do have to move players out and it’s interesting to see what’s happening with two guys who’ve dropped well down the pecking order in that very heavily-staffed defensive section of the Manchester United squad,” Castles said on the Transfer Window podcast.

JUST IN: Arsenal backed to complete ‘the best bit of business in many years’ 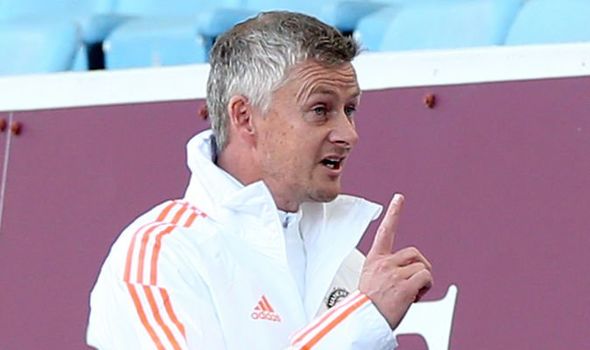 “One of them, Diogo Dalot, the young Portuguese under-21 international, who has essentially been relegated to third-choice right-back in the planning Solskjaer is making for the coming season.

“Wan-Bissaka obviously has that position nailed down.

“I can tell you that Dalot’s not happy with his situation at United and is keen to leave, however he doesn’t have permission from the club to leave.

“You would think a loan deal would be a viable solution here, a loan with an option to buy in a year’s time, allow a player who was extremely highly-rated when he came to the club, picked out of Porto with a limited amount of experience because of the quality of his performances at Porto, [to leave].” 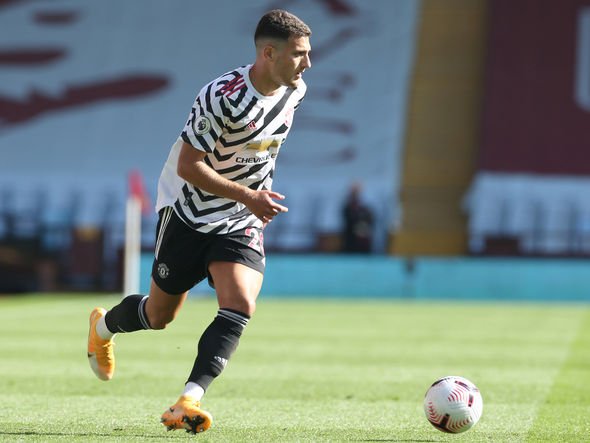 Castles says United want to sign a left-back and have Williams as Wan-Bissaka’s backup.

However, Solskjaer is willing to change tack and sign a right-back if the right player becomes available.

He added: “We told you some time ago Manchester United were in the market for another full-back, that they were prepared to sign either a left-back or a right-back, preference being for a left-back but if the player was of sufficient quality of the options available to them, they would take a right-back, a younger one on that side.

“If they take a left-back, the idea is to move Brandon Williams from back-up up to Luke Shaw into back-up for Aaron Wan-Bissaka and allow him to develop over there.”