And the Independent say that Sterling is a name the club’s analytics department ‘have been working on’ as they settle on their summer targets.

At this stage, Jadon Sancho is the priority.

United, supposedly, ‘will do anything’ to get the Borussia Dortmund star, who has been in electric form over at the Westfalenstadion this season.

But the report suggests the Red Devils are interested in signing Sterling from their fierce rivals, with the player’s future at the Etihad uncertain. 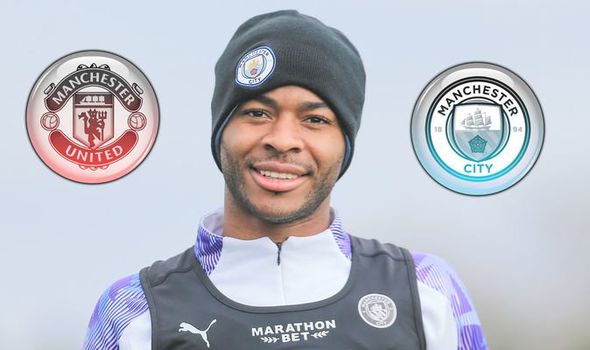 As things stand City are banned from playing in the Champions League for the next two years.

They have, however, appealed UEFA’s punishment – which was for breaching financial fair play regulations.

If City are unsuccessful, though, United will reportedly go after Sterling with the club convinced he’d be a shrewd signing.

That said, it’s still far likelier that City would try to offload the winger to La Liga giants Real Madrid instead. 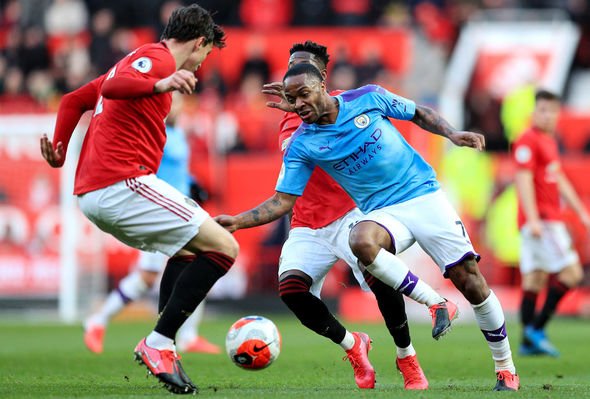 They’re ready to hand him the No 7 shirt made famous by the likes of George Best, David Beckham, Eric Cantona and Cristiano Ronaldo at Old Trafford.

But Sterling is in their sights, too, and could be targeted if City are forced to go without Champions League football for the next two years.

United boss Solskjaer has previously claimed the club would look to exploit the transfer market this summer.

And he also expressed a belief that the market would be ‘completely different’ to how it was before.

“We’re always looking to improve the squad,” said the Norwegian.

“This uncertainty in the market now, who knows how football and the market is going to be, but I’m very happy with the squad I’ve got.

“Today’s world is different to what it was two months ago.

“We’ve got to adjust, adapt, there’s clubs out there struggling more than us financially.

“It’s a new world, and I think the transfer market this summer will be completely different to what anyone thought it would be.”

Other targets for United include Jack Grealish and Joe Roden, of Aston Villa and Swansea respectively.

But who the club end up with remains to be seen.