Man Utd: The story behind the Haaland pursuit

Manchester United could miss out on Erling Haaland with the Borussia Dortmund striker reportedly wanting a move to Real Madrid. Here, Express Sport looks at three alternatives Ed Woodward and Ole Gunnar Solskjaer could target as they look to mount a Premier League title challenge next season.

Harry Kane is the obvious alternative, with speculation now fevered around the striker’s future as Tottenham’s season threatens to unravel.

The 27-year-old is being tipped for a move this summer as it becomes increasingly unlikely he can fulfil his ambitions to compete for the biggest trophies with Jose Mourinho’s side.

Kane is the Premier League’s second highest scorer this season with 16 goals, just one behind Liverpool star Mohamed Salah.

That is despite Spurs struggling in eighth place in the table and facing a struggle to qualify for next season’s Champions League.

Like Haaland, Kane would cost upwards of £100million, but would offer guaranteed goals. However, United could face competition from Manchester City, who have also been linked with the England captain.

JUST IN: Manchester United are doing something clever in Erling Haaland chase 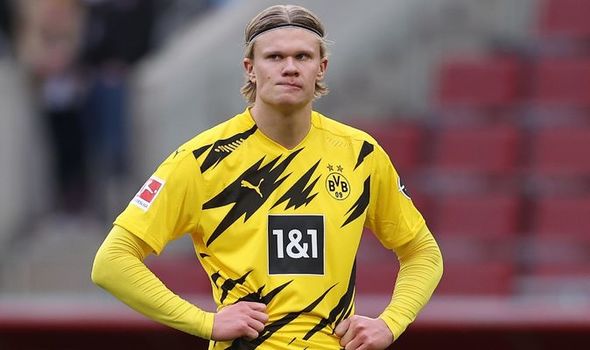 Kylian Mbappe’s future is set to be one of the hot topics of this summer’s transfer window, with the PSG star entering the final year of his contract at the Parc des Princes.

Paris-Saint Germain won’t give up on trying to persuade him to sign a new deal – but may have to reluctantly cash in to avoid losing him on a free.

Mbappe has long been linked with a move to Real Madrid, while Liverpool have for some time been viewed as a potential destination.

The 22-year-old will cost an astronomical fee – and United will also have to ensure Champions League qualification for next season to make a move for the World Cup viable.

Mbappe has scored 28 goals in all competitions for PSG so far this season. 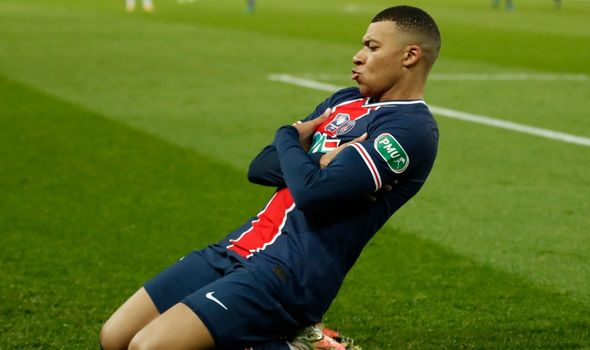 Wolves striker Raul Jimenez would be a far less expensive option than either Haaland, Kane or Mabppe – but would come with him a proven scoring pedigree.

The 29-year-old has missed almost half of the season after suffering a fractured skull in his side’s win over Arsenal back in November.

Before his injury he had played every minute of Wolves’ Premier League campaign, having been a crucial player for them in the past couple of seasons.

With a contract at Molineux until 2024, he would more than the £34million Wolves paid Benfica for his services, but nowhere near as much as the aforementioned world stars.