Man Utd: Solskjaer to do all he can to convince Cavani to stay

Manchester United had made Erling Haaland their top transfer target heading into the summer window but those plans may be about to change following a new development. The Red Devils have been screaming out for a No 9 who can net 30 goals a season.

Anthony Martial has failed to deliver on a consistent basis and Edinson Cavani has been in and out of the team.

Haaland was earmarked last year but he opted to move to Borussia Dortmund from Red Bull Salzburg instead of Old Traford.

However, the Norwegian could be prepared to leave the Bundesliga this summer and United are weighing up a move.

But they have since become confident that they can convince Cavani to stay in the UK beyond the end of the season.

The Uruguayan is in the final few months of his contract and he was keen to return to South America. 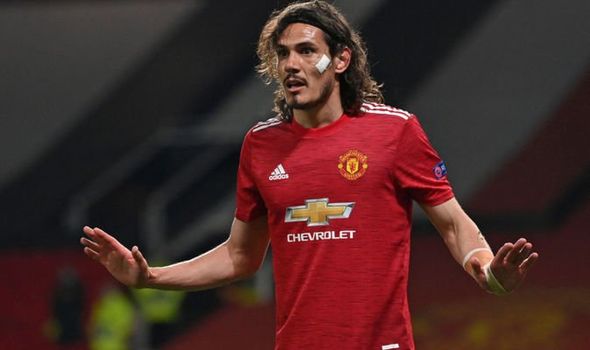 A lack of opportunities, coupled with being hit with a heavy ban by the FA for a social media post, led Cavani into wanting to leave.

United have been pressing hard behind the scenes to convince the 34-year-old to sign an extension.

And after the striker scored twice in the 6-2 Europa League semi-final win over Roma on Thursday, they are now confident of striking a deal, according to ESPN.

That could forced United chiefs back to the drawing board as they may need to prioritise another position.

They would have Martial, Cavani and Mason Greenwood all vying for that one central striker role.

However, there would be a gaping gap down the left and right flanks, with limited compeittion for places.

Jadon Sancho was targetted last summer and it is not inconceviable that United’s interest will be reignited.

Dortmund stood firm on their £108million valuation last year but they may not have such a strong position this time around. 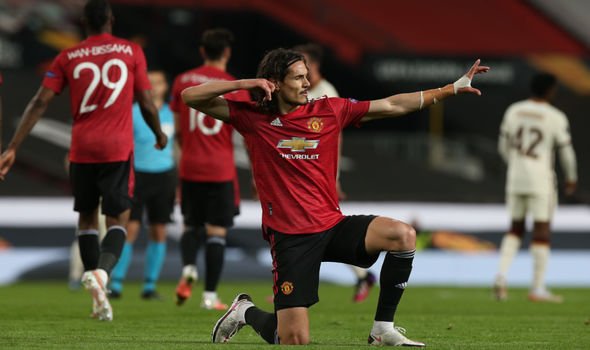 That is because they face missing out on Champions League football which could see their top men wanting to leave.

They are currently fifth in the table, one point behind Eintracht Frankfurt.

So if Cavani does sign an extension then it may be Sancho, not Haaland, that United hunt this summer.