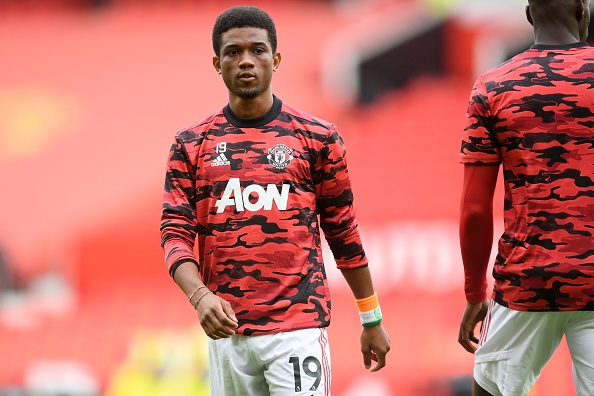 Amad Diallo further proved himself to be among the most promising teenagers in world football with an incredible last-gasp free-kick as Ivory Coast came from behind to beat Burkina Faso.

The 18-year-old Manchester United forward started on the bench at the Stade Olympique d’Ebimpe – the Elephants’ national stadium – but stole the show in the seventh minute of stoppage time as he fired home an unstoppable strike to secure the hosts a 2-1 win.

Diallo, who completed a £19million move from Atalanta to Old Trafford back in January, was making only his second appearance for the Ivory Coast national team but oozed confidence as he stepped up to take the set-piece at the death.

The youngster will hope the stunning goal – his first for his nation – will boost his chances of selection ahead of the Ivory Coast’s World Cup qualifying campaign which kicks off against Mozambique in just under three months’ time.

Diallo has made an immediate impression at United after arriving from Serie A outfit Atalanta in the January transfer window and the gifted winger opened his account for the Red Devils in the side’s last-16 first leg with AC Milan.

Discussing Diallo’s potential back in March, Ole Gunnar Solskjaer said the Ivorian had all the ability to go on and become a ‘top player’ for United.

‘He’s still a young lad, he’s 18 but of course we see top, top potential in him,’ the United head coach told reporters at the time.

‘He’s a very good lad, very likeable, he works hard. Of course he needs to adapt to a new country, a new language.

‘We believe he has the attributes mentally, technically and physically to be a top player for us.’