With the transfer window now closed, all eyes will be on new signings and how they adjust to life in the Premier League – especially at Manchester United. Erik ten Hag has completed a significant reshuffle of his squad, with several of his most-desired players arriving at the club.

After the disappointment of last season, several players left the club when their contracts expired, including Paul Pogba and Jesse Lingard. And those deemed surplus to requirements were also sold, including James Garner who joined Everton.

Ten Hag then welcomed a whole host of players to his ranks, with Christian Eriksen, Antony, Lisandro Martinez and Casemiro heading to Old Trafford. Tyrell Malacia was also signed from Feyenoord to provide competition for Luke Shaw, whilst Martin Dubravka was brought in on a loan-to-buy deal for squad depth purposes.

Former interim boss Ralf Rangnick will have somewhat approved of the overhaul, though his comments saying that the club needed a minimum of 10 signings will suggest he would have demanded more. And according to Manchester Evening News, none of the three players that he put forward to be signed have arrived at the Theatre of Dreams.

JUST IN: Man Utd ‘didn’t tell James Garner he was on sale’ before Everton move 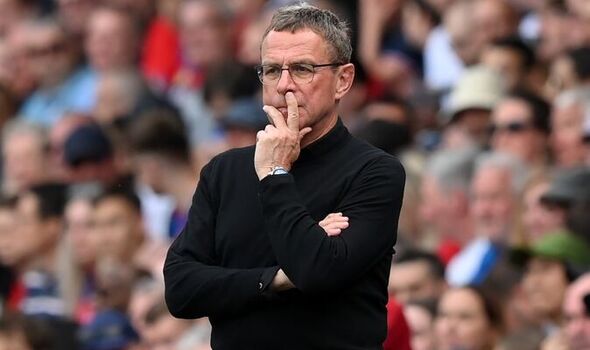 The German believed that the club needed to sign three players from his former club, RB Leipzig. Rangnick wanted to, at the minimum, strengthen his defence by acquiring the services of Josko Gvardiol – labelling the Croatia international as a ‘must-buy’.

A midfielder was top of the priority list for the former interim, and he felt that Konrad Laimer was an ideal player to slot into the centre of the park. The midfielder was linked to Liverpool late in the transfer window but a deal never materialised, meaning he will become a free agent next summer. 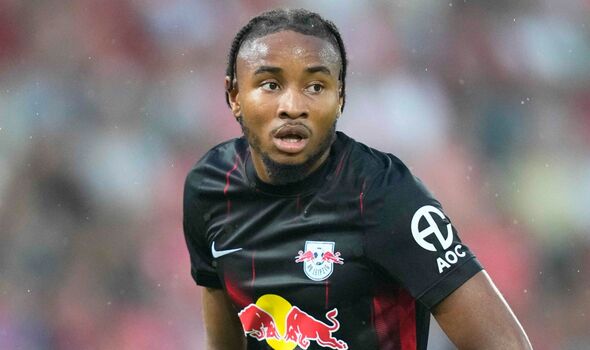 The final player that Rangnick wanted the club to pursue was forward Christopher Nkunku, who was heavily linked with several sides before penning a contract extension with Leipzig until 2026 – though his new £51million release clause will draw the eye. Nkunku scored 20 and assisted 13 in 34 Bundesliga appearances last season, and he has kickstarted the new campaign in similar form with four goals in as many games.

Ten Hag appears to have dealt with all three issues that Rangnick raised, though signing players that he has previously dealt with – besides in midfield, though Frenkie de Jong was targeted. It remains to be seen whether the new recruits at United can help the club compete for the top four next season, or whether the manager will need to demand further reinforcements.