Ole Gunnar Solskjaer is looking to end the season on a high after Manchester United set-up a Europa League semi-final against Roma.

Marcus Rashford’s strike and a late Bruno Fernandes penalty in Granada last week put the Red Devils in control of their quarter-final tie against the European debutants.

United followed that up with another 2-0 win on Thursday, when Edinson Cavani’s early volley and a late Jesus Vallejo own goal sealed a 4-0 aggregate triumph and the club’s 18th continental semi-final.

Roma stand between Solskjaer’s side and the Gdansk finale – a tie which brings back memories of United’s remarkable 8-3 aggregate triumph against the Italian team in the 2007 Champions League quarter-finals. 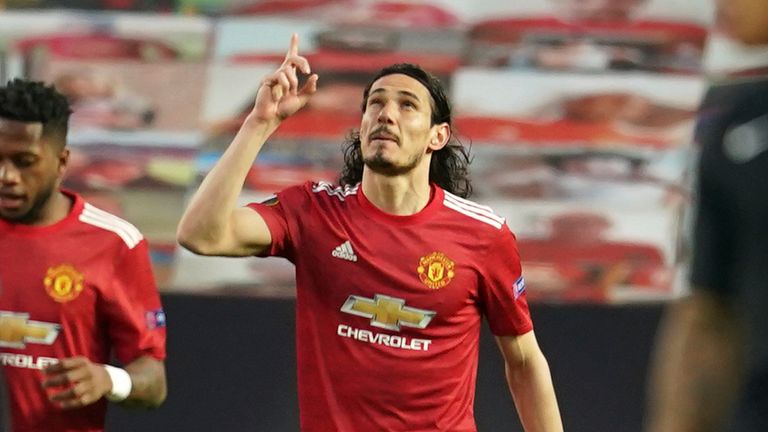 Solskjaer was involved in both legs and the current Roam team includes Henrikh Mkhitaryan and Chris Smalling – starters when United won the Europa League in 2017.

“We lost the away game but the odd thing was the manager [Sir Alex Ferguson] was so happy after that defeat – I’ve never seen him that happy after losing a game,” the United boss said, having provided an assist in the 2-1 away loss before coming on in the 7-1 Old Trafford triumph.

“He was so confident we were going to win the home game so surreal experience, really. We need to make the most of it. We’ve got a chance to go to a final. Today, well done. Disciplined job, professional and not really under too much pressure.”

Solskjaer is hoping to make it fifth time lucky after United fell short in four semi-finals across last season and this. 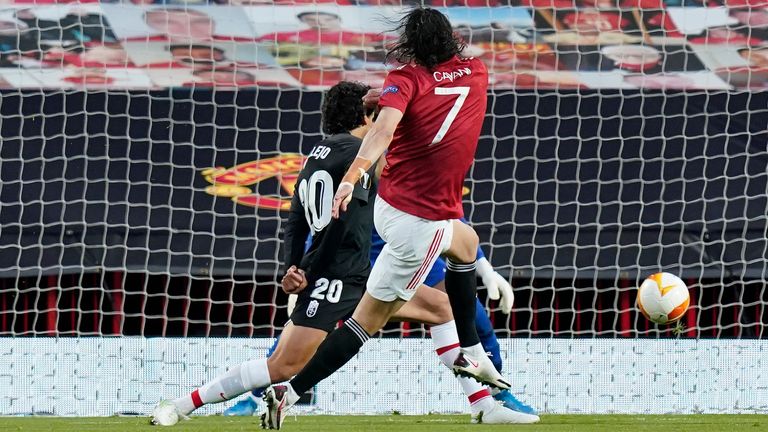 “Let’s hope so,” said the Norwegian, who is looking for his first trophy in charge. You know, when you get to a semi, that’s the nature of the game – you’re playing against good teams.

“We played against some good teams but we relish the chance again to go to a final. I’ve seen the determination, the attitude in every player that we want to go one further.

“The disappointment of the defeats that we’ve had, they give us the motivation to go one step further and hopefully end the season on a high.”

Paul Pogba skippered the side in the absence of suspended Harry Maguire and provided a smart assist for Cavani’s opener. 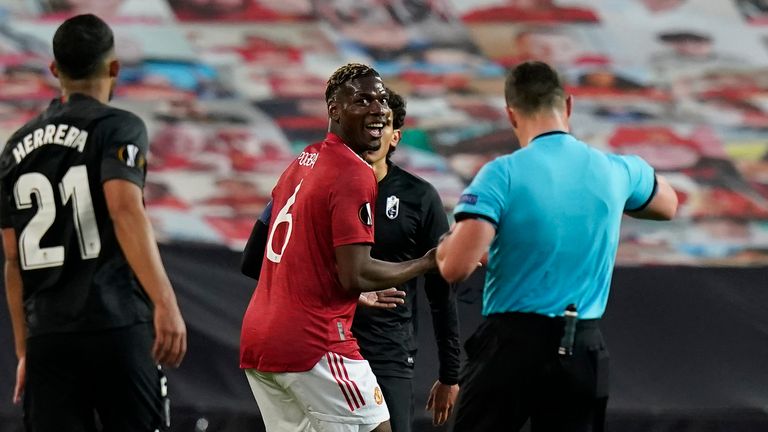 But the midfielder was replaced at the end of a first half in which Granada called for him to receive a second booking.

“I didn’t want to risk a scenario where he went into a tackle and was a bit late,” Solskjaer said.

“I thought he went in fairly, won a few, got a couple of fouls against him which I didn’t think were fouls, so there was no point risking him and Donny (Van De Beek) needed a game and he did well. But Paul’s a leader on and off the pitch. I’ve got quite a few of them.”

When and where is the Europa League final?

The Europa League final takes place on Wednesday, May 26 at the Gdansk Arena in Poland. The stadium was due to host the 2020 final, but after the tournament was delayed due to Covid-19, the showpiece took place in Cologne, Germany as Sevilla beat Inter 3-2.