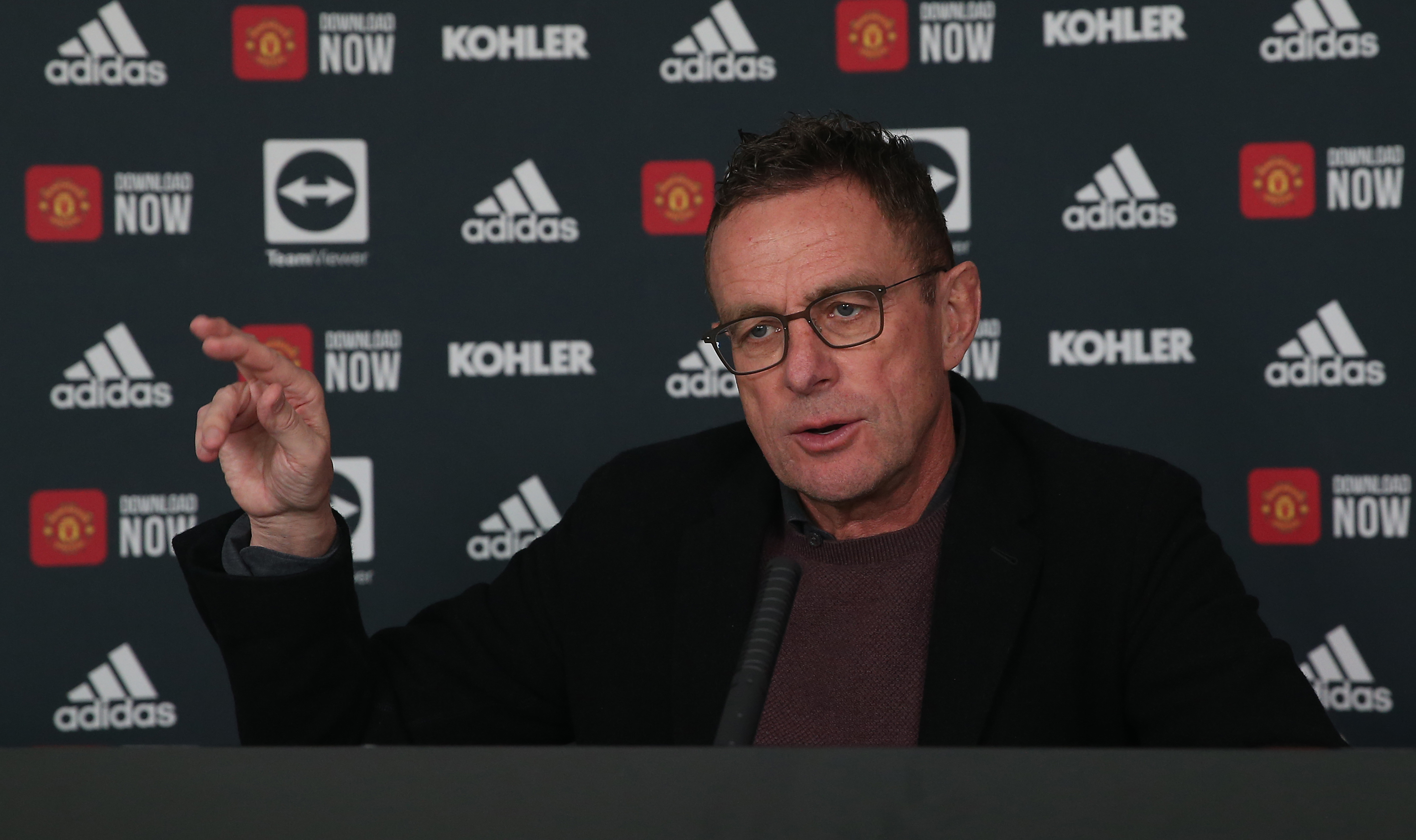 Manchester United have confirmed first-team operations at the club’s Carrington training complex have been closed down for the next 24 hours following a Covid-19 outbreak.

The Red Devils secured a 1-0 victory away to Norwich at the weekend and are scheduled to travel to Brentford in the Premier League on Tuesday night, but it appears the clash is now in serious doubt.

Discussions are ongoing between United, Brentford and Premier League officials to determine whether it is safe for the match to go ahead as planned.

Interim manager Ralf Rangnick had been due to lead group training on Sunday, but the outbreak meant first-team players instead completed non-contact outdoor sessions on their own. Those individuals who tested positive were ordered to go home and isolate beforehand.

A fresh round of lateral flow testing took place on Monday morning and the decision was made to halt training altogether to reduce the risk of the virus spreading.

‘Manchester United can confirm that following PCR test confirmation of yesterday’s positive LFT Covid-19 cases among the first-team staff and players, the decision has been taken to close down first team operations at the Carrington Training Complex for 24 hours, to minimise risk of any further infection,’ a statement on United’s official website read on Monday afternoon.

‘Individuals who tested positive are isolating per Premier League protocols.

‘Given cancellation of training and disruption to the squad, and with the health of players and staff the priority, the Club is in discussion with the Premier League whether it is safe for Tuesday’s fixture against Brentford to continue, both from a Covid infection and player preparation perspective.

‘Team and staff travel to London will be deferred pending the result of that discussion.’

From this week onwards, supporters up and down the country must prove they have been double jabbed or tested negative to be allowed into stadiums with a capacity of more than 4,000.

United’s results have picked up in the Premier League since Ole Gunnar Solskjaer was relived of his duties last month.

Caretaker boss Michael Carrick oversaw the side’s 3-2 victory over Arsenal before Rangnick took over the reins to steer the club to a pair of hard-fought victories against Crystal Palace and Norwich.

Rangnick believes rotation and recovery will be key if his squad are to avoid burning out over the next few weeks.

‘It is a new one to me. It is the first time I have worked in England and elsewhere in Germany we used to have a longer winter break, about three to four weeks, until a couple of years ago when that was changed to a short break of just two weeks,’ he told reporters following United’s win at Carrow Road.

‘The Christmas holidays are obviously shortened and you don’t have much time, maybe just one to two days between training and a game.

‘For example. we play Newcastle on the 27th, so this is a new experience for me.

‘Obviously, the players are more used to it as most of them are used to the demands of the Premier League.

‘For us it’s about striking the right balance between recovery and preparing the gaps then to the next game so soon after.”