Home » Manchester United in talks to buy Central Coast Mariners, and move them

One of the most popular teams in world football is looking to establish a franchise club in the A-League with Manchester United having entered into talks to purchase the licence of Central Coast Mariners and relocate the club to Sydney.

The 20-time English champions have held lengthy discussions with Mariners owner Mike Charlesworth in the UK about buying the licence of Central Coast and turning the club into a sister club of the Red Devils.

A deal is yet to be done but sources with knowledge of the discussions suggest Manchester United are willing to come to the rescue of the cash-strapped Mariners. That could come at the expense of the club’s affiliation with the Central Coast region and be rebranded.

The proposed takeover could see the Mariners uprooted from their spiritual home on the Central Coast and relocated to Sydney’s northern suburbs, with games likely to be at North Sydney or Brookvale. 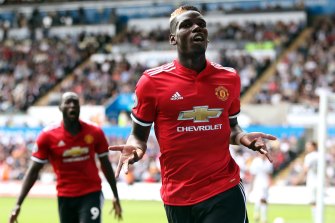 Any transfer of club licence, rebranding and relocation of teams must be signed off by Football Australia after gaining the approval of the majority of A-League clubs, but it’s understood several are already supportive of the prospect of the Red Devils entering the competition hoping it will increase the interest and investment in the league.

United’s discussions with the Mariners flags their intentions to follow in the footsteps of their cross-town rivals, Manchester City, and build a global network of affiliated clubs, particularly within range of the lucrative Asian football market.

City expanded their network of feeder and sister clubs with the purchase of Melbourne Heart in 2014, rebranding the A-League club as Melbourne City and incorporating it into the City Football Group global network. 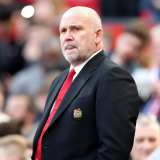 City paid more than $11 million for an 80 per-cent stake in Melbourne Heart in 2014 before buying the remaining 20 per-cent for $2.25 million. A price tag for the licence of the Mariners is yet to be agreed upon with United but any fee would be but a drop in the ocean for one of the wealthiest sporting brands in the world.

Owned by the wealthy American Glazer family, Manchester United’s revenue was $905 million last year and the club was listed as the tenth most valuable sporting team in the world by Forbes in 2020, said to be worth more than $5 billion. In the last summer transfer window, the club’s net expenditure on players was $101 million. Of all football clubs, they have the third largest social media following with just shy of 150 million.

Despite the gulf in stature between the two clubs, the Mariners have a longstanding close tie with Manchester United's inner sanctum. The Red Devils’ assistant coach, Mike Phelan, was appointed sporting director of Central Coast in late 2018.

United is arguably the most well-supported overseas team among Australian football fans. They attracted a sell-out crowd of more than 83,000 when they came to Sydney in 2013 to play the A-League All Stars at ANZ Stadium. Fourteen years earlier, the Red Devils drew a combined attendance of 148,000 when they played Australia in two exhibition games at the MCG and Stadium Australia.

The cash-strapped Mariners have consistently struggled financially and have been in a desperate hunt for investment in recent years. That search was accelerated in August when Charlesworth announced his intention to cut all ties with the club by selling his entire stake, and did not rule out enticing investors with commercial property and a training base in Tuggerah that is affiliated with the Mariners but privately owned by him.

The Herald and Age sought comment from Charlesworth and Football Australia on Monday.

Sports news, results and expert commentary delivered straight to your inbox each day. Sign up here.