Manchester United could be forced to move onto their third choice option to land a centre-back this summer. United are keen to sign Real Madrid defender Raphael Varane and have reportedly identified Sevilla’s Jules Kounde as a back-up option, but stumbling blocks remain for both targets.

Varane is United’s top defensive target this summer and is keen to leave Real Madrid after spending 10 years with the club.

The French defender has entered the final 12 months of his contract with Los Blancos and is expected to leave Madrid this summer.

With a £73million move for Borussia Dortmund’s Jadon Sancho all but over the line, United are turning their attention to Varane for the third time.

Sir Alex Ferguson led the attempts to sign Varane from Lens in 2011 when he was 18 but Real’s then sporting director Zinedine Zidane intervened and Varane joined Madrid.

United executive vice-chairman Ed Woodward was then reportedly willing to sanction a £100million move for the centre-back after France’s 2018 World Cup win. 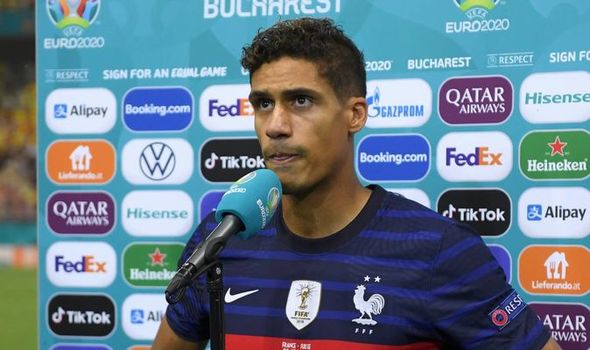 It could now be a case of third time lucky for United.

Real have offered the 28-year-old a new contract but are expected to allow him to leave, provided their asking price is met.

Previous reports from Spain suggested that Real wanted £51.5m (€60m) for Varane, but more recent leaks have placed their asking price at around £40m.

Varane has reportedly told United he wants to join the club this summer, but he has also attracted attention from Paris Saint-Germain, who could still swoop for his signature.

If PSG get their man then Ole Gunnar Solskjaer’s side will turn their attention to Sevilla’s Kounde, who like Varane played for France at Euro 2020.

The problem with the 22-year-old is that Sevilla want £60m (€70m) for him, according to Spanish newspaper AS.

Kounde is six years younger than Varane and could therefore prove to be better value but his steep asking price could prove to be a barrier for a club who have already committed big money to sign Sancho.

It seems certain United will sign a centre-back this summer, yet their first two targets will not be straightforward.

That means a plan C could be on the cards, with a cheaper third alternative potentially needed as Solskjaer searches for a long-term partner for Harry Maguire.

United have previously been linked with Atalanta’s Christian Romero and Leicester City’s Wesley Forfana, although both are likely to prove expensive.

Varane remains the priority but it remains to be seen how the club’s transfer plans play out.