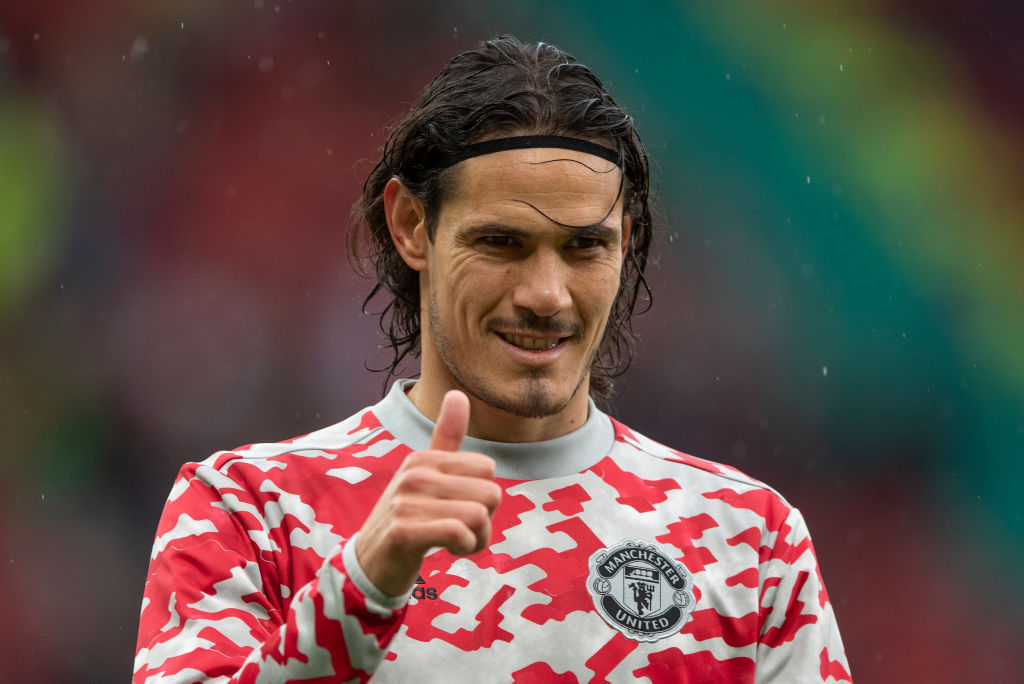 Edinson Cavani has been urged to consider leaving Manchester United during the January transfer window.

Cavani scored 17 times for the club last season with United extending his contract at Old Trafford by a further year thanks to that fine form.

The Uruguayan replaced Anthony Martial as Ole Gunnar Solskjaer’s preferred option up front during that season but Cristiano Ronaldo has largely played that role since his return to Manchester in the summer.

The 34-year-old struggled for fitness in the early weeks of the campaign but has settled for appearances off the bench in two of his three games before the international break.

Former Chelsea and Tottenham midfielder Poyet is unsure if the situation will improve and after seeing Cavani benched by Uruguay for recent games against Colombia and Uruguay, believes moving on could be the best option.

‘He was unlucky, because without Ronaldo coming in, he was playing as the main striker,’ Poyet told talkSPORT.

‘The decision of Juventus, Man City getting involved, incredibly went against one person especially – and that was Cavani.

‘Maybe he should move in January.

‘From the outside, I don’t know him, but if I was him, seeing how things are now, and seeing him not getting to 90 minutes for the national team because he’s not playing – maybe.’