‘I believe in our squad’: Marco Silva insists he always had faith in Everton players despite slow start to his reign

Everton manager Marco Silva’s faith in his players and their capacity to improve has kept him level-headed despite a mixed bag of results this season.

Silva’s reign got off to a rocky start as the absence of several first-team stars due to injury contributed to just one win in their opening six Premier League fixtures.

But as the treatment room has gradually emptied, Everton have experienced an upturn in fortunes and climbed the table by beating Fulham, Leicester and Crystal Palace. 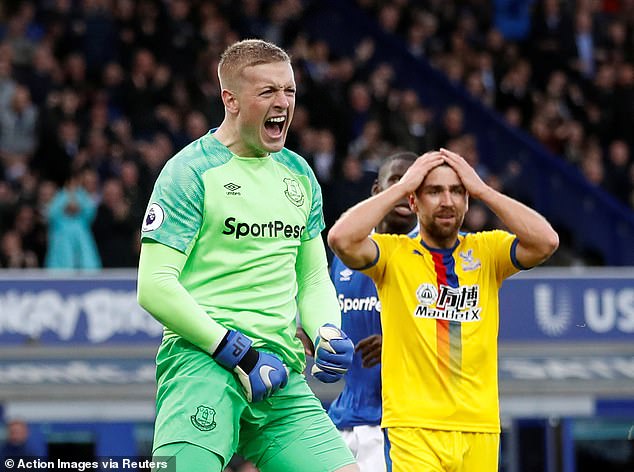 They will be eyeing a fourth successive top-flight win at Manchester United on Sunday, yet Silva is not getting carried away by their recent purple patch.

‘I don’t change too easy my focus if some results are not the best in one moment or if you achieve good results like we have achieved in the last three games,’ Silva said.

‘I know what we are doing, I believe in our squad and our players. I can tell you not just because we’ve won the last three games everything is OK now because it is not.

‘We have many, many things to improve on as a squad and we have the quality to improve these things, these small details we have to improve to get better every time. 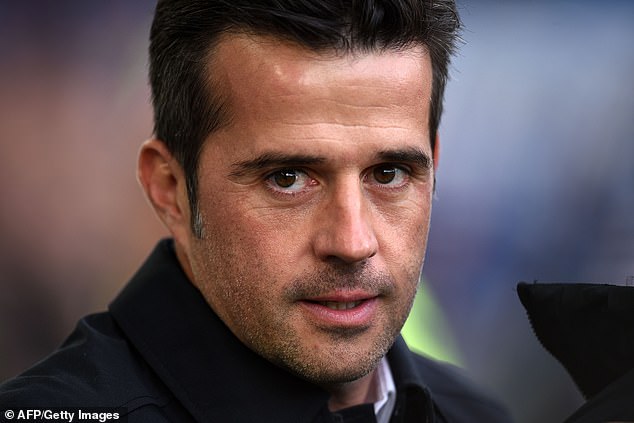 ‘It is my ambition as a coach and the players know how we will be demanding every time to improve our squad.’

Everton may be high on confidence but they have won just once in the last 26 years at Old Trafford, while they have failed to beat United in the last seven attempts.

Silva, though, is convinced Everton can increase the pressure on United boss Jose Mourinho.

‘The record isn’t the best but this reflects how it’s difficult to play there, how they are a good team as well,’ Silva said.

‘What we have to do is to be ourselves, to respect the opponent because they have enough quality to cause problems for us.

‘But you are there as well to create problems and to compete in the game. It is our goal as a team to go there and achieve a good result.’

Former Barcelona defender Yerry Mina may have to settle for a place among the substitutes once again as he continues to wait for his Everton debut.

The Colombian joined the Merseyside club on transfer deadline day for an initial £27.2million but was unavailable until last week because of a foot injury. 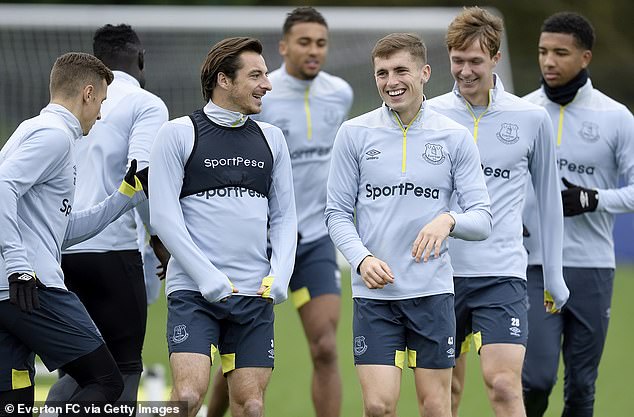 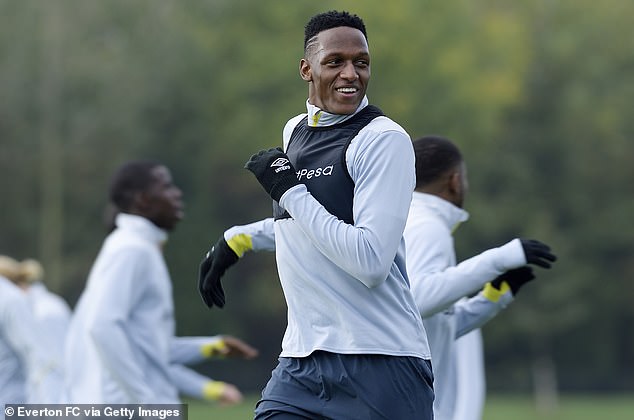 His substantial fee does not concern Silva, who praised the 24-year-old’s attitude following his return to fitness but is poised to stick with the blossoming centre-back partnership of Michael Keane and Kurt Zouma.

‘It is not because of that I take my decision.

‘I am happy because Mina is working hard and well, he’s involved in our squad every day, he’s understanding what is our model because he lost more or less the first two months.

‘He’s working like the others to achieve what he wants which is to play in our starting XI. The other two (Keane and Zouma) are playing well as well and it is a matter of my decision.’ 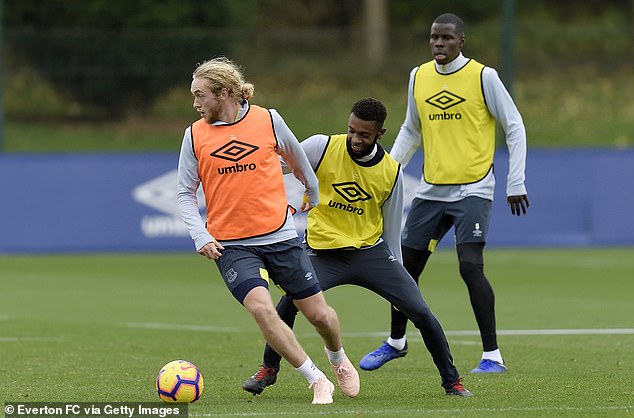