Marcus Rashford has extended his agreement with sports brand Nike – a partnership he has been involved in since the age of 11.

The Manchester United and England forward’s deal with the American sportswear brand was expiring this year, with the 23-year-old being chased by Nike’s fierce rivals – including Puma.

A statement from Rashford’s representatives said the agreement is ‘inclusive of a significant financial contribution towards Marcus’ community efforts’ – in a year where the footballer has impressed both on and off the pitch. 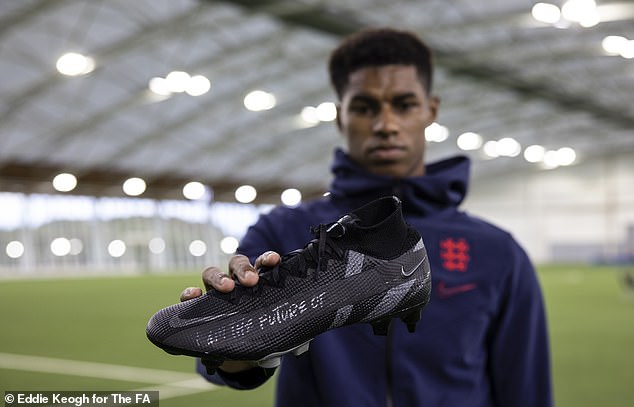 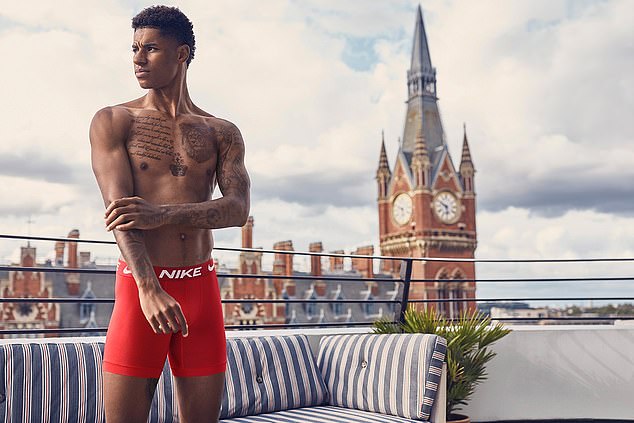 D N May Sports Management announced on Twitter: ‘DNMay Sports Management are thrilled to confirm that @MarcusRashford has extended his long-term relationship with @Nike, a deal inclusive of a significant financial contribution towards Marcus’ community efforts. Now, focus turns to the EUROs.’

Rashford, who is currently away with England – who are also sponsored by Nike – ahead of the European Championships starting this weekend, himself tweeted: ‘Thank you to @dnmaysportsmgt for your continued support.’

The forward not only wears Nike boots during his matches, but he also promotes the company’s clothing wear. 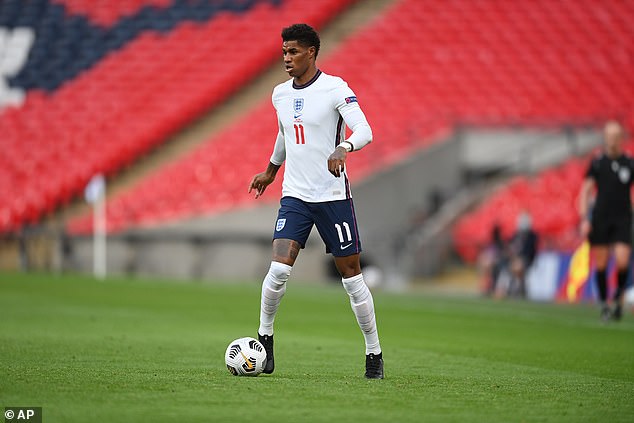 Rashford is currently preparing for Euro 2020 with England, who are also sponsored by Nike

In October 2020, Rashford fronted Nike’s new underwear range which the sportswear brand claim can be worn for any occasion. Two months later, he put two pairs of his special edition Nike Mercurial Superfly football boots to raise money ‘for people in need at Christmas’.

The move followed the footballer’s campaign to make free school meals available to poverty-stricken families during school holidays at the height of the coronavirus crisis. 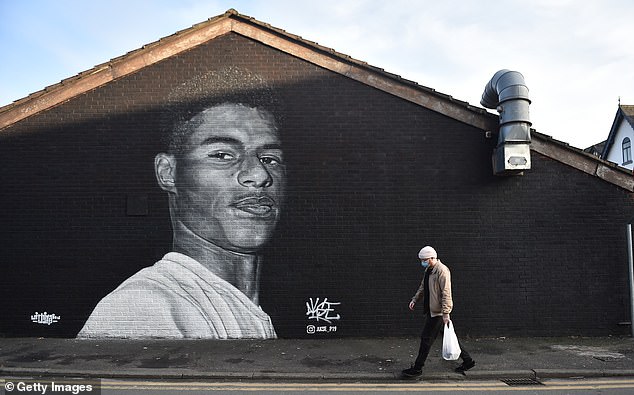 The England player said the issue of child hunger was close to his heart as he experienced it growing up in Wythenshawe in Greater Manchester and was awarded a MBE in the Queen’s Birthday Honours List for his campaigning.

Rashford first received his Nike sponsorship deal before his teens, at a time when he had just moved into Manchester United’s academy as a boarder.

He revealed last month that he initially gave his sponsorship money from the American giants to his mother so it would ease the load on their family.

Rashford told The Guardian: ‘I didn’t need the money, so I just used to give it to Mum. I got a lump sum from Nike once a year and she would buy me something out of the money, and I’d be more than happy with that.

‘Seeing her relax sometimes was the most important thing for me, because I’d only ever seen her rushing about. The situation back then had been way more difficult than I’d realised.’

Rashford earns around £200,000-a-week in his Manchester United contract and was recently ranked 50th on the Sunday Times’ Young Rich List for 2021.