MARTIN ALLEN – MANAGING IN THE REAL WORLD: A point was earned the hard way against Sutton United

Martin Allen returns with his latest column for Sportsmail.

This time around, the Chesterfield manager talks about his side’s draw with Sutton United, the pain of conceding a late equaliser and the problem with saying ‘the non-League’.

He also talks about meeting three of the club’s fans at Halifax and inviting them in for a beer after the game. 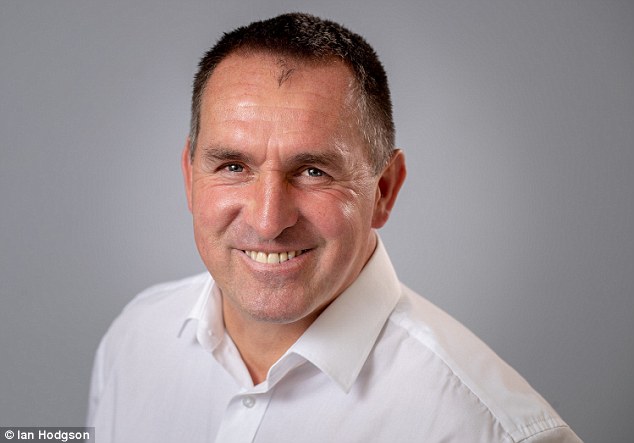 Point was earned the hard way

A misty Tuesday night at 6pm, fighting against London rush-hour traffic, struggling to manoeuvre the team bus into the narrow entrance to the ground. Then peering up at floodlights which you have to say are not the brightest. This is just a part of the challenge of playing Sutton United in a midweek game, when winter is on the way.

The place reminds me of Upton Park in many ways. It’s much smaller of course. There were 1,800 in to see us play them last week.

But it was always the same kind of drive in for the away team coach at West Ham, crawling through London streets packed with traffic, getting stuck behind horses and giving home fans plenty of chance to have a look at you. I was on the right side of that for six years at the club.

Sutton’s ground is in the middle of an old housing estate. It’s surrounded by trees which obscure the natural light. Our kit man, Jason Baker, arrived in mid-afternoon, checking out the dressing room and making sure it was ready. We do have full-time kit men in the fourth tier. He’s a very busy man.

We left Chesterfield at 12.30pm, were past Heathrow by 4pm and after a meal and 5.15pm team talk at the Hilton Hotel just beyond the motorway services at Cobham, we were back on the bus at 5.30pm.

Sutton’s ground — Gander Green Lane — is 30 minutes further on when the traffic’s quiet. It was another hour before we were walking through the tight little corridor and looking at the Astroturf pitch — the old-fashioned, plastic kind — which was very fast because they’d heavily watered it.

Another hard-fought draw, and another late Jonathan Smith equaliser last night?⚽️ ? to it against Harrogate on Saturday. #spireites

Another hard-fought draw, and another late Jonathan Smith equaliser last night?⚽️ ? to it against Harrogate on Saturday. #spireites

We drew 1-1, with Jonathan Smith popping up for a late equaliser to go with the one he got against Wrexham the previous weekend, but we didn’t play well. The difficult environment didn’t bring out the best in us.

There was a real desolation about our dressing room afterwards. Everyone wanted to get out and get home, so we agreed that within 30 minutes of me leaving the dressing room to do my media stuff we would all be on the bus. We dispensed with the warm-down for once.

I think it says something for the way we’ve picked up our performance levels that the bus was so quiet. Very little talk. Some had their headphones on.

By the time we were skirting Heathrow, our data analyst Dan Evans had emailed videos of the full 90 minutes to their laptops for them to watch back. Most did, though we’d cleared it for our London-based players to drive straight home to see their families.

There were two lots of motorway closures on the M1, sending us off around the A-roads on diversions. Not great. We weren’t back in Chesterfield until 5am. One of the hardest earned points of the season so far.

Seven-up: we put a marker down

We’ve scored two late equalisers and on Saturday we were hit by one. We’d played 96 minutes when high-flying Harrogate’s substitute put theirs in for 1-1. That’s football, I told the media, but I can’t begin to tell you how much I was hurting.

We’re still looking for wins and points, but that’s seven unbeaten now. I believe Saturday was a marker.

We tend to do our media on Wednesdays and 12 weeks in, have established a rapport with the local reporters. They know what I’m passionate about and how I view the game.

But in the politest possible way, I had to challenge a question last week about ‘the non-League’. I hate that expression. It’s belittling. It does a disservice to the competition in a league which is of minimal difference to League Two. I see us as just the next level down, English football’s League Three. 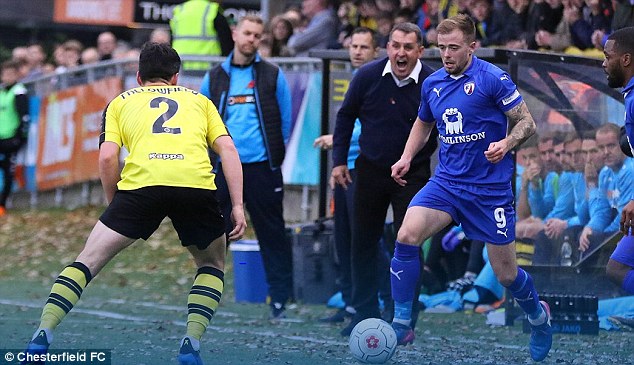 It says something for the age profile of our fans that I get letters in the post from them. They’re constructive – critical sometimes, but constructive. Sending a letter is different from a social media post. People tell you who they are and don’t hide.

I met three of our fans at Halifax the other week. I’d taken pre-match refuge in the team bus as usual, and was heading back in to deliver the team sheet and they were heading in the same direction. I told them I’d meet them outside after the game if we won, though we only took a point.

When the crowds had gone after the Wrexham game last weekend, the security guy at the players’ entrance said there were three people waiting. It was the same three.

So we invited them in. I guess we were together for an hour or so, enjoying a beer, talking football, Chesterfield and the meaning of life.