Martin Odegaard has revealed that he would be interested in making his loan move from Real Madrid to Arsenal permanent this summer – but admits it is ultimately down to his parent club as to whether he stays or not. The Norway international joined the Gunners on loan in January, after he was told by Zinedine Zidane his services were not needed at Real Madrid for the rest of the year.

He has been given a key role in the starting XI under Mikel Arteta, is on board with the Spaniard’s vision, and it now looks like he wants to continue with the Arsenal project.

Speaking about his future to SkyDE, Odegaard said: “I am happy here at Arsenal, we will see after the season what will happen.

“I’m owned by Real Madrid, so we have to speak to them.

“It’s important to understand what they want…”

The former Stromsgodset youngster has consistently refused to rule out a permanent switch to Arsenal, with the midfielder recently admitting that he is more than happy at the Emirates Stadium.

JUST IN: Everything Ceballos and Odegaard have said about Arsenal futures 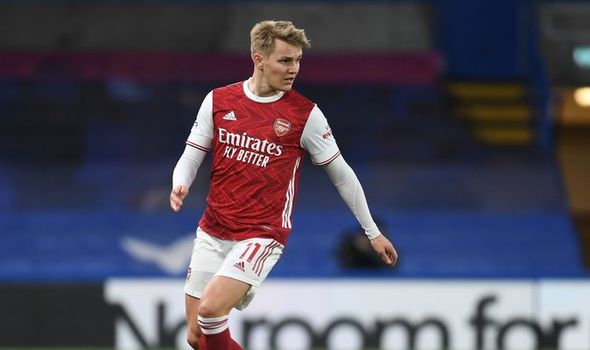 “I have felt at home since the first day,” Odegaard told Sky Sports before Arsenal’s win over Chelsea earlier this month.

“I am happy to be here and I feel great, so I’m very pleased to be a part of the team.”

However, with the Gunners looking likely to miss out on European competition, it remains to be seen whether they will be able to afford Odegaard.

After impressing on loan, Real Madrid are entitled to rise his price – while club chief Florentino Perez is a big fan and does not want to lose him on a permanent basis.

There is also the situation surrounding Zidane to contemplate with speculation growing that the Frenchman will leave at the end of the season.

That would have an effect on Odegaard, who does not see a viable route into the starting XI with the 48-year-old in charge.

Signing Odegaard on a permanent basis would be a huge bonus for Arteta, who has made him a top priority going into the transfer window.

The former Real Sociedad star has made 18 appearances for Arsenal, scoring twice. 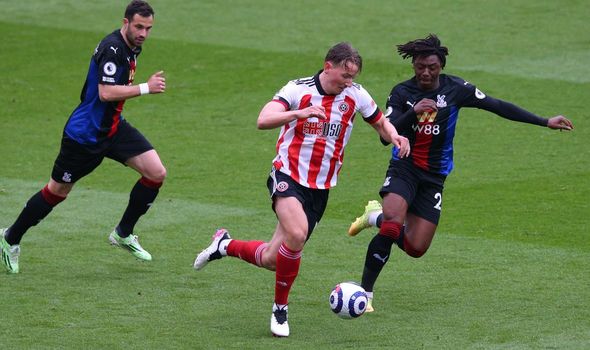 This transfer could also have an impact on another Arsenal transfer target – Sander Berge.

Berge is widely expected to leave relegated Sheffield United ahead of next season, with Tottenham and Liverpool also said to be keeping tabs on the situation at Bramall Lane.

Although the midfielder appears to be in high demand, Arsenal could have a significant advantage over their transfer rivals if they manage to sign Odegaard on a permanent basis.

According to football.london, Berge is excited about the possibility of a move to Arsenal, but would be particularly eager to join if Odegaard stays at the club.