Home » Soccer » Martinez claims Garnacho has 'no ceiling' to his potential

Manchester United centre-back Lisandro Martinez believes his team-mate Alejandro Garnacho has no limits to his potential after his eye-catching full debut for the Red Devils on Thursday.

Garnacho was handed his first United start by Erik Ten Hag against Sheriff in the Europa League, and the teenager showed no signs of nerves as he lit up Old Trafford during his side’s 3-0 win.

Martinez feels Garnacho, who has also declared his international allegiance to Argentina after representing Spain at youth level, has all the tools to thrive at the highest level, but has insisted the youngster must work harder than ever to make the most of his talent. 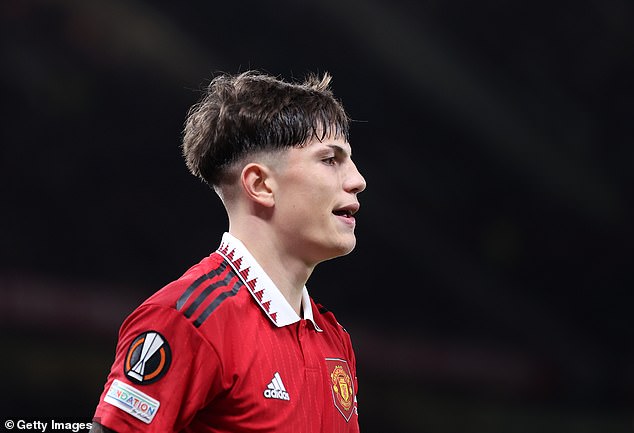 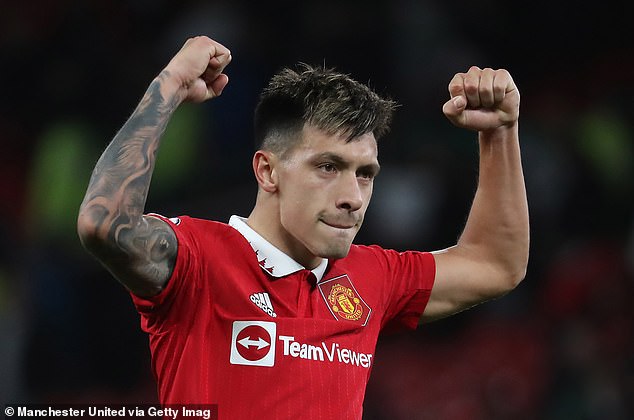 ‘He has enormous talent and a bright future,’ Martinez told ESPN Argentina.

‘It all depends on him, on what he works for, but he’s young, he has to keep learning, at his age he’s in a team that isn’t easy [to get into].

‘I tell him he has to take advantage of the moment, listen, ask for advice, do extra training. He has no ceiling. He will give Manchester United and the national team a lot.’

Garnacho was called up to the Argentina national team earlier this year alongside Martinez, although he is yet to make his debut for Lionel Scaloni’s side.

This year’s World Cup could come a little too soon for him given that he has only just broken into the United first-team. 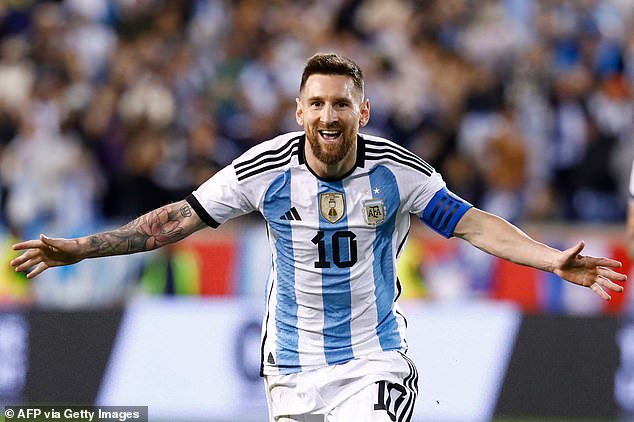 Meanwhile, Lionel Messi is at the other end of his international career, and is set to play in his final World Cup.

The seven-time Ballon d’Or winner has started the season well at PSG, and Martinez is excited by the prospect of playing alongside him in Qatar.

Martinez has hinted that the team are not ready to let Messi leave the international stage, but will do all they can to ensure he bows out with a World Cup to his name.

When asked about the prospect of Messi ending his Argentina career after Qatar, Martinez responded: ‘Is he crazy? We are not going to leave him! It’s going to be very special, he’s preparing very well, I see him happy, he’s enjoys his football.