Mathys Tel has become the youngest player to ever score for Bayern Munich in the Bundesliga following his strike in his side’s 2-2 draw against Stuttgart on Saturday.

Aged 17 years and 136 days, Tel opened the scoring with a neat strike after latching onto a ball from Alphonso Davies.

The French prospect broke the record that had been set by Jamal Musiala, who was 69 days older when he scored against Schalke two years ago. 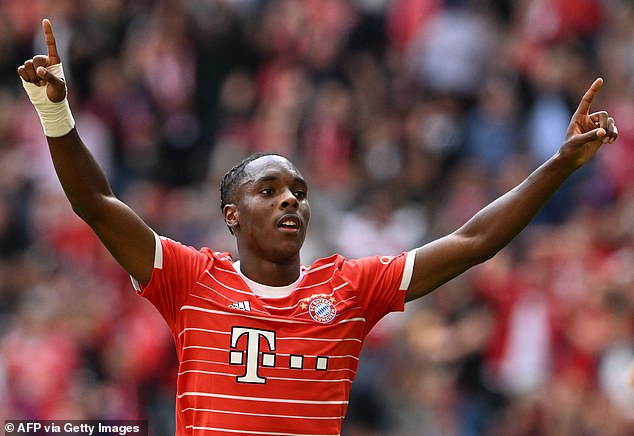 Tel signed for Bayern from Rennes for a fee of £25million this summer and has already made a significant impact.

He became the youngest goalscorer for the club in a competitive match, aged 17 years and 126 days, when he scored against Viktoria Koln in the DFB-Pokal last month. 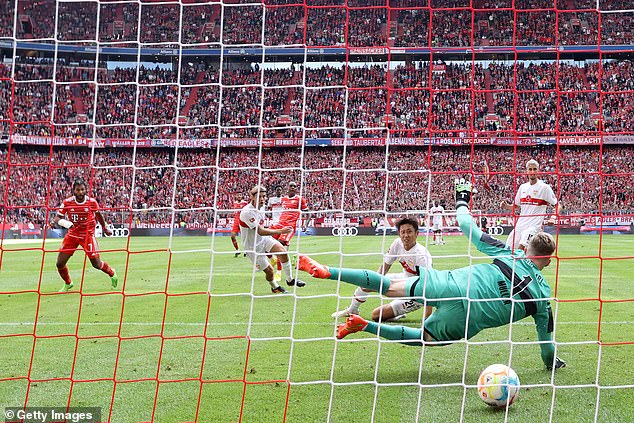 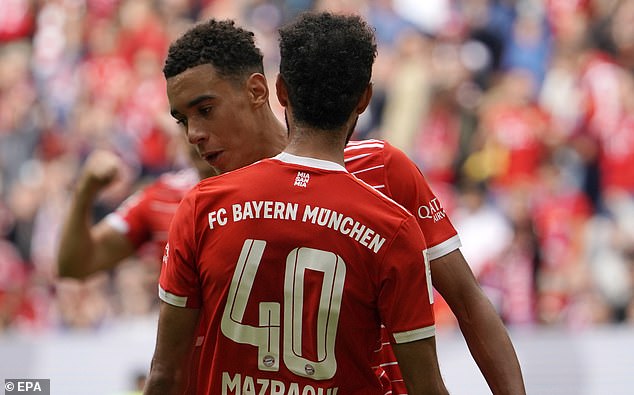 Tel broke the record previously set by Jamal Musiala, who was 69 days older when he scored against Schalke two years ago

Tel is used to breaking records – when at Rennes he became their youngest ever debutant aged 16 years and 110 days.

Bayern are currently in third place in the Bundesliga following their draw against Stuttgart.

After Tel had put them in the lead, Bayern conceded an equaliser in the 57th minute, with Chris Fuhrich scoring for Stuttgart.

A France Under-18 international, Tel featured for the Rennes first-team last season and certainly seems at home on the senior stage.