‘Anthony is a great player and he needs to understand that’: Nemanja Matic tells Manchester United team-mate Martial to believe in his ability

Anthony Martial has been told to have more belief in his ability by several members of Manchester United’s hierarchy.

Sunday’s sublime strike was the France international’s fifth of the season and his recent upturn in form – four goals in as many games – has come after words of advice from those at Carrington.

Nemanja Matic revealed he has spoken to Martial about his confidence issues, while both Jose Mourinho and coach Michael Carrick are also believed to have invigorated the winger. 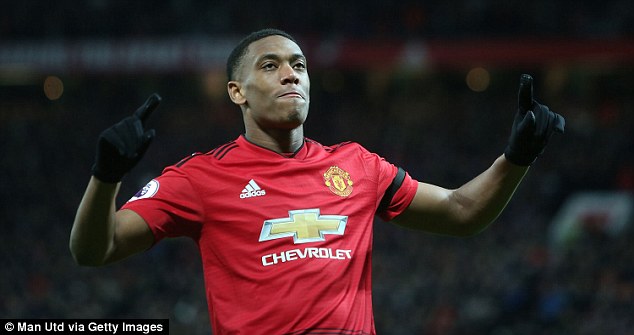 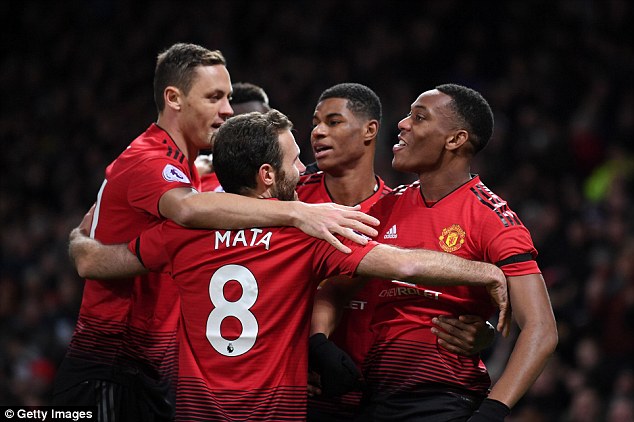 ‘Anthony is a great player and he needs to understand that,’ Matic said. ‘He needs more confidence. If he reaches his top level he can be one of the best players in the league for sure.

‘Sometimes I don’t think he understands how good he is. He has everything that a Manchester United football player needs.

‘If I had his ability with the ball and I was as quick as him then I wouldn’t pass to anyone and I would score every game! To be serious, he does need more confidence and this comes with results.’ Everton boss Marco Silva labelled Martial a diver after winning a first-half penalty at Old Trafford but it is understood that the FA will not take retrospective action. 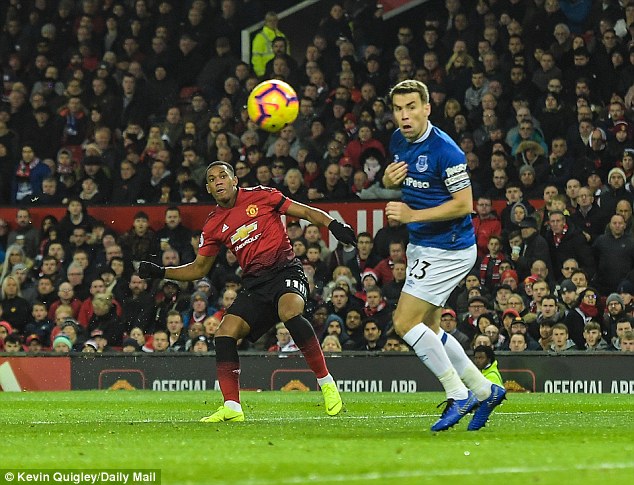 More pressing is the 22-year-old’s contract situation. United have an option to extend his deal by a further year until 2020 but no long-term resolution has been found after talks over fresh terms.

Martial’s future at the club looked bleak when his representative claimed in June that he wanted to leave after finding himself on the bench for much of last year.

Mourinho claimed Martial now understands what is demanded of him and suggested he steer clear of any entourage ‘that supports his weaknesses’.

Matic added: ‘The quality is there, confidence is there now and he just needs to be more consistent. I am glad we have him in the team. In football and in life you have difficult times and you have to get back on track and that is exactly what he is doing.’ 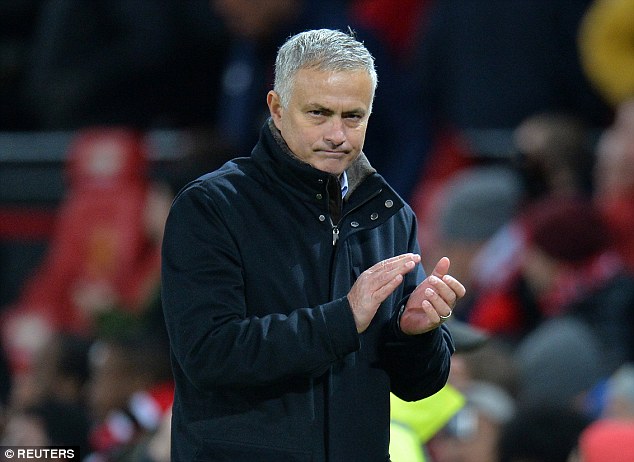