Ally McCoist has lauded Christian Eriksen for his impact at Manchester United and insisted Bruno Fernandes has a new partner in crime in the centre of the park. The Dane has been instrumental in the Red Devils’ recent revival and played a starring role in his side’s 3-1 success over Arsenal at Old Trafford on Sunday.

Eriksen was one of six new recruits added to Erik ten Hag’s ranks over the summer, joining on a free transfer having seen his short-term deal with Brentford come to an end. The 30-year-old, who only made his football comeback in January following his life-threatening collapse at Euro 2020 last summer, eventually opted to join United’s project having been the subject of much interest throughout the Premier League.

The former Tottenham creator is already emerging as one of the best pieces of business within the summer transfer window as he continues to make his mark with United. Eriksen created more chances, had more touches and completed more successful passes than any other player on the Old Trafford pitch on Sunday, while assisting Marcus Rashford for his second and United’s third in their 3-1 win over the Gunners.

Following Eriksen’s starring role against Mikel Arteta’s side, McCoist picked out the midfielder for praise and waxed-lyrical over the quality the Danish international possesses. The Scot told talkSPORT: “I have said for a long time that it is not going to be an overnight fix and that’s exactly what Erik ten Hag is saying, but they just look better. 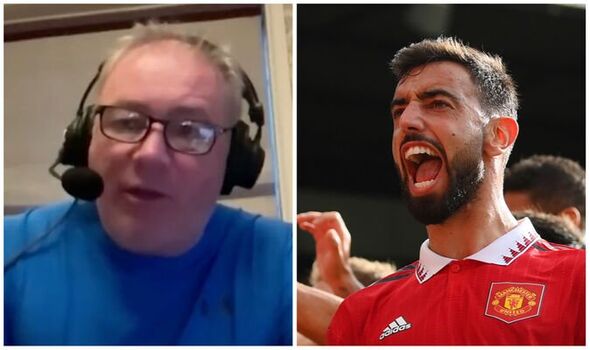 “By the way, may I just say, we’re talking about Rashford there looking the part, absolutely, [but] I think one of the key things to Manchester United looking a little bit better is actually Christian Eriksen. I have to say to you. I just think he’s in there, whereas, United of old were going with Fred and [Scott] McTominay in there, too defensive, [now] they are playing Eriksen in there with McTominay and boy oh boy can Eriksen play. 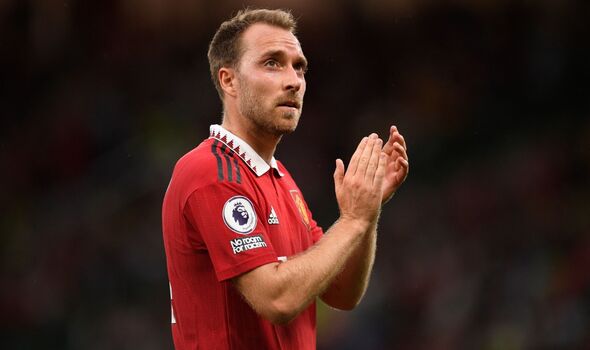 Speaking after United’s 3-1 win over Arsenal – a fifth Premier League success in a row for Ten Hag’s team, Eriksen himself credited an improved understanding between team-mates as a key factor in his form and his side’s recent turnaround. The former Ajax and Inter Milan star told Sky Sports: “Obviously we have started with winning [games].

“Even the ugly games, the 1-0s have built something up and you feel that in the team, you feel it as a player on the training pitch and in the games. We are starting to understand each other, to know where to pass the ball, where to stand, and it makes it easier.”