At least five people died in the attack after hundreds of the president’s followers breached the Capitol while Congress worked to certify Joe Biden’s victory in November’s presidential election.

“Hopefully [it’s] the final straw for so many people to really understand the reason we’re here is because we never have actually had a reckoning with what our country really is.

“I think we showed very much our true colours. This is not the first time we’ve seen a murderous mob like that.”

Rapinoe, speaking at the US women’s national team training camp in Orlando, said there had to be accountability and punishment before the healing process could begin.

“All the calls for unity and moving forward cannot come without justice,” she added. “If we do not punish this and investigate this to the fullest extent, it only encourages more of this to happen.

“So anybody thinking, ‘Oh well, they really wouldn’t have done that much and we should give them sort of a pass’. Maybe we haven’t seen this in our lifetimes.

“It was a murderous moment. Five people are dead… we can’t bring them back.”

The FBI has opened 160 case files in its investigation of the storming of the Capitol, the head of the agency’s Washington field office said on Tuesday.

On Tuesday, the president said his remarks in a speech to his followers before they attacked the Capitol were “totally appropriate”. 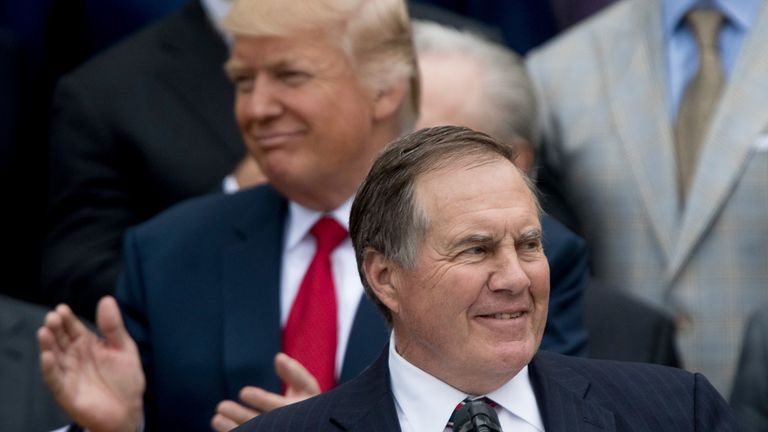 New England Patriots coach Bill Belichick has announced he will not accept the Presidential Medal of Freedom, saying “remaining true to the people, team and country I love outweigh the benefits of any individual award”.

In a delicately worded, one-paragraph statement, the six-time Super Bowl-winning coach did not say explicitly he had turned down the offer from President Trump, whom he has called a friend.

Instead, Belichick explained, “the decision has been made not to move forward with the award” in the wake of last week’s siege on the US Capitol.

A White House official said on Sunday, four days after the riots, that Trump would be awarding Belichick the nation’s highest civilian honour – part of a late flurry of presentations that also included golfers Annika Sorenstam, Gary Player and the late Babe Zaharias. 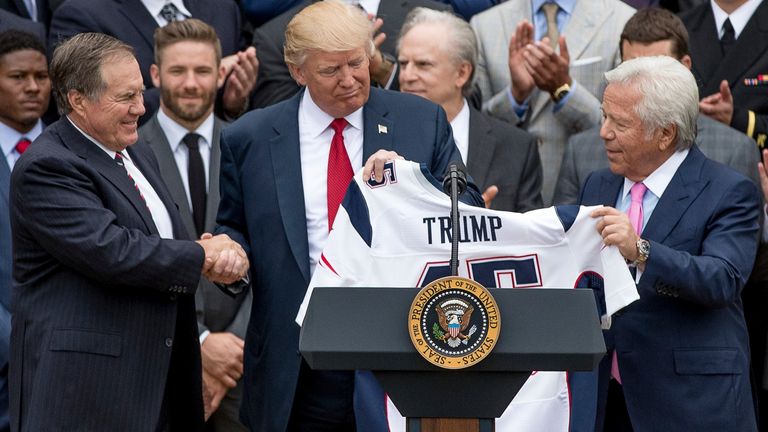 Sorenstam and Player accepted their awards in a private ceremony the day after Trump supporters stormed the US Senate and House of Representatives, while Belichick was to be honoured on Thursday.

“I was flattered… out of respect for what the honour represents and admiration for prior recipients,” the coach said in his statement.

“Subsequently, the tragic events of last week occurred and the decision has been made not to move forward with the award. Above all, I am an American citizen with great reverence for our nation’s values, freedom and democracy. I know I also represent my family and the New England Patriots team.”

Although he describes himself as apolitical, Belichick has waded into politics on occasion.

The architect of the Patriots dynasty wrote Trump a letter of support that the candidate read aloud the night before the 2016 election at a rally in New Hampshire, a bastion of the team’s fandom.

Although Trump said the letter offered “best wishes for great results” on election day and “the opportunity to make America great again”, Belichick said it was it was merely to support a friend.

Belichick also wore an Armenian flag pin to the White House in 2015 when the team celebrated its fourth Super Bowl victory – believed to be a sign of support for the team’s director of football, Berj Najarian, who is of Armenian descent.

Last month, Belichick called on the US government to take action against Turkey and Azerbaijan for “unprovoked and violent attacks against Armenians”.

In the aftermath of George Floyd’s death this summer, Patriots players praised Belichick for providing an open forum for them to express their feelings on race and social injustice in America. In his statement on Monday, Belichick called that “one of the most rewarding things in my professional career”.

“Through the great leadership within our team, conversations about social justice, equality and human rights moved to the forefront and became actions,” he said.

“Continuing those efforts while remaining true to the people, team and country I love outweigh the benefits of any individual award.”