Depay’s exit from Barcelona and subsequent arrival at the Wanda Metropolitano Stadium was confirmed on Friday as Atletico announced their newest signing on a two-and-a-half-year contract.

The Dutch striker’s latest career moves comes just under two years since he first touched down in Spain, at that time agreeing to join Barcelona as a free agent. 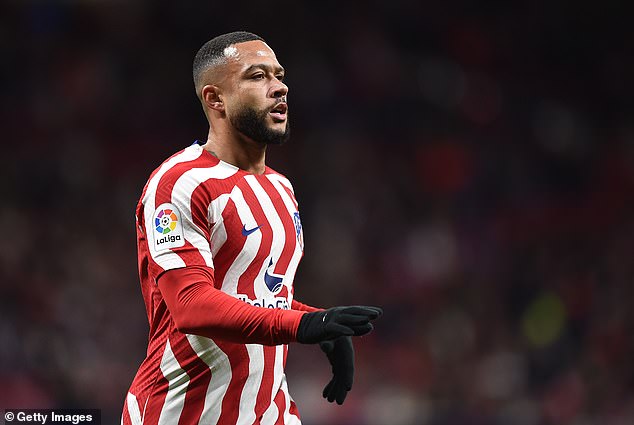 Xavi says it was Depay’s wish to leave Barca this month as he ‘wasn’t comfortable’ there, with the former midfielder insisting all parties involved in the deal are ‘winners’.

‘Memphis asked to leave after he received Atletico’s proposal,’ Xavi said speaking ahead of Sunday’s clash with Getafe, as reported by Marca.

‘He asked me to leave, he wasn’t comfortable, he wanted to be comfortable again.

‘We all came out of the situation as winners. 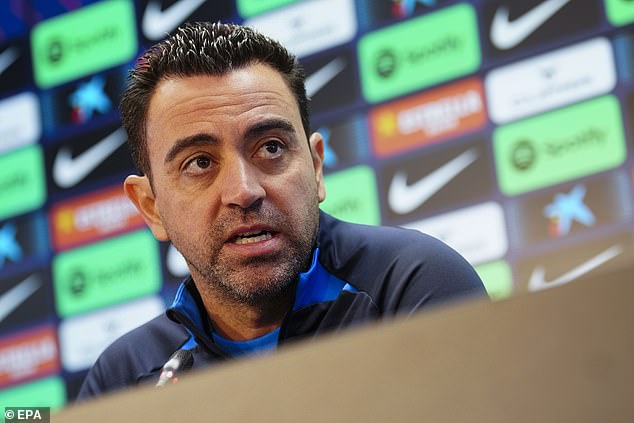 ‘If we can strengthen ourselves, that would be great. If not, it’s not urgent. We’ll see if we can sign someone, but we must remember Financial Fair Play rules.’

Depay’s contract at the Camp Nou was set to expire at the end of the season with no renewal option on the table after the striker fell down the pecking order under Xavi’s current reign in charge.

The 28-year-old made his debut for Atletico as he come off the bench towards the end of Saturday’s 3-0 win over Real Valladolid.

Depay’s move to Madrid comes after the club allowed wantaway talent Joao Felix to join Chelsea on a £9m loan deal until the end of the season. 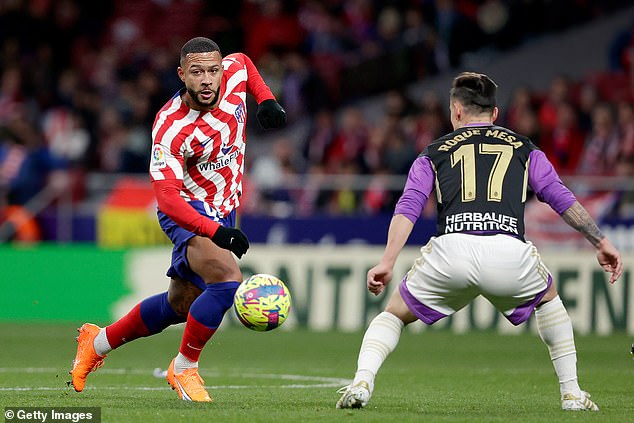 The Dutch goalscorer’s latest move to the Spanish capital marks the fifth club move of his career since bursting through the ranks at PSV Eindhoven having come through their ranks as a youth product.

His marquee move to Manchester United in 2015 ended in failure as Depay failed to match the expectations his talent brought with it and eventually left the Premier League side under two years later for Lyon.

An impressive spell at Lyon granted Depay his second chance at one of Europe’s biggest clubs, however the later arrivals of  Pierre-Emerick Aubameyang and Robert Lewandowski eventually saw the Dutchman’s regular game-time limited.