Home » Soccer » Mikel Arteta: Arsenal 'shot themselves in the foot' again against Southampton

Mikel Arteta insists Arsenal ‘shot themselves in the foot’ again after Gabriel Magalhaes was sent off in their 1-1 draw with Southampton.

The Brazilian defender was sent off in the 62nd minute after being shown two yellow cards in the space of four minutes, first for kicking the ball away and then fouling Theo Walcott after the forward had turned him on halfway.

The red card, which came at a time when the Gunners were starting to control the game, put a stop to Arsenal’s recovery after Pierre- Emerick Aubameyang scored his first goal in six matches to cancel out Walcott’s 18th-minute opener.

Arsenal held on for a much-needed point, which halted a run of three straight defeats in the Premier League, however, Arteta was left frustrated after his side were reduced to 10 men for the second straight game following Granit Xhaka’s red card in last Sunday’s 1-0 defeat to Burnley.

‘We showed resilience and character’

“The fact that we played 35 minutes with 10 men, we have to take the point,” said Arteta.

“We showed some resilience and character to hang in there for so long against a really dangerous team.

“But at the same time we are disappointed because we came back after conceding the goal, we showed how much we wanted it, we created some situations and after half-time we corrected a few things.

“We came back really strong in the game, we scored a good goal, and when we had the best moment again we shot ourselves in the foot.

“That obviously makes it a little bit harder.” 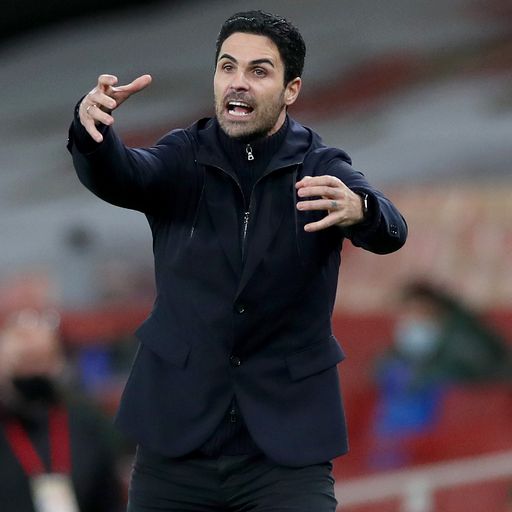 ‘It’s difficult to compete with 10 men’

Arsenal have now had three red cards in their last five league matches after Xhaka’s moment of madness against Burnley and Nicolas Pepe’s head-butt on defender Ezgjan Alioski in his side’s 0-0 draw with Leeds last month.

And since Arteta’s first Premier League game in charge at the club (Boxing Day 2019), the Gunners have been shown seven red cards, four more than any other Premier League side during in this period.

“It is very difficult to compete in this league when you play such a long period with 10 men,” the Spaniard added.

“It makes it more difficult and complicated, but I think that the boys stand up for it and they showed again a lot of character and resilience.

“They never gave up and after 1-0, I was worried, because after this moment you can start to see players hiding. But they did completely the opposite.”

A turning point for Arsenal?

Despite his players’ ill-discipline, just as they did in securing a point at Leeds, Arsenal showed plenty of character in battling back and holding on for a point, and Arteta insists this small step in the right direction must spark a full-scale recovery for the listing Gunners.

Asked if the manner of the fightback could prove the start of a genuine recovery, Arteta replied: “Yeah I agree, yes, because if you lose that game at the end it would have been really difficult to take. The players showed what we expect them to do, so at least the work is there.

“I saw all the players that weren’t participating and they were in the stands, shouting and right behind the team. It’s a really strong signal as well and I’m really pleased with that.”

Walcott sensed “fear” at Arsenal; Arteta: He didn’t say that to me

Finally, Southampton forward Walcott revealed he sensed “fear” in the Arsenal ranks after netting against his former club.

However, Arteta admitted that Walcott did not say anything of that ilk to him when the two had a post-match chat. 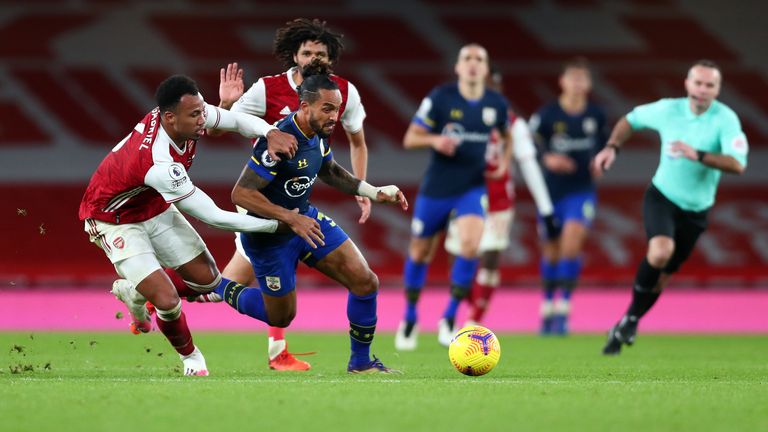 “I was going to say that I just spoke with him and he never mentioned that to me,” Arteta said.

“He mentioned other things but not that. If he’s said that, it’s his feeling.”