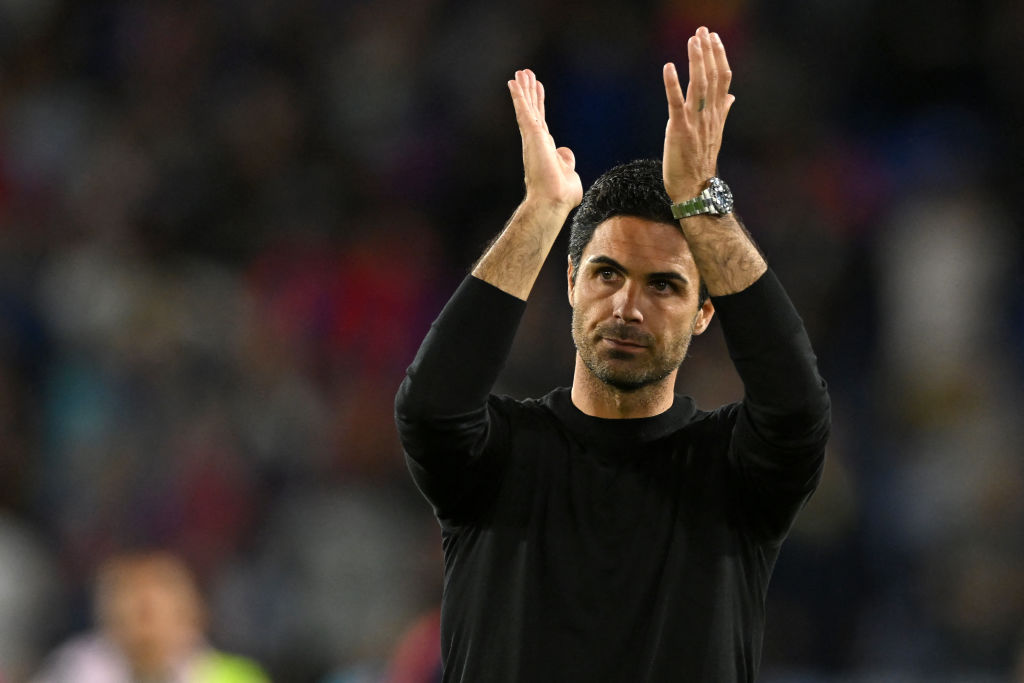 Mikel Arteta has hinted Arsenal are far from done in that transfer market this summer by admitting the club are still working on further deals.

The Gunners have been the biggest spenders of the window so far, signing the likes of Gabriel Jesus, Oleksandr Zinchenko and Fabio Vieira.

Jesus and Zinchenko both impressed on their debuts as Arsenal beat Crystal Palace 2-0 at Selhurst Park on Friday night, while William Saliba made his long-awaited debut for the club.

Arteta is happy with his squad and many are agreement that the Gunners have had an impressive transfer window.

But the Gunners still appear light at centre forward, while Arteta is keen on signing Leicester City ace Youri Tielemans.

And the Spaniard has hinted that there could be further arrivals at the club this summer.

‘We are going to try,’ said Arteta.

‘We have a few things going on now and if we get them it will be great – but for now, we have to work with the players we have.’

Tielemans, 25, has a year left on his deal at the King Power Stadium and he’s told the club that he will not be signing an extension.

The Belgian had been keen on joining a club in the Champions League but he’s desperate to join the Gunners.

Leicester are now resigned to selling the Belgian and they want to recoup the £30m they paid for him three years ago.

Manchester United also hold an interest in Tielemans but the club are focused on a move for Frenkie de Jong.