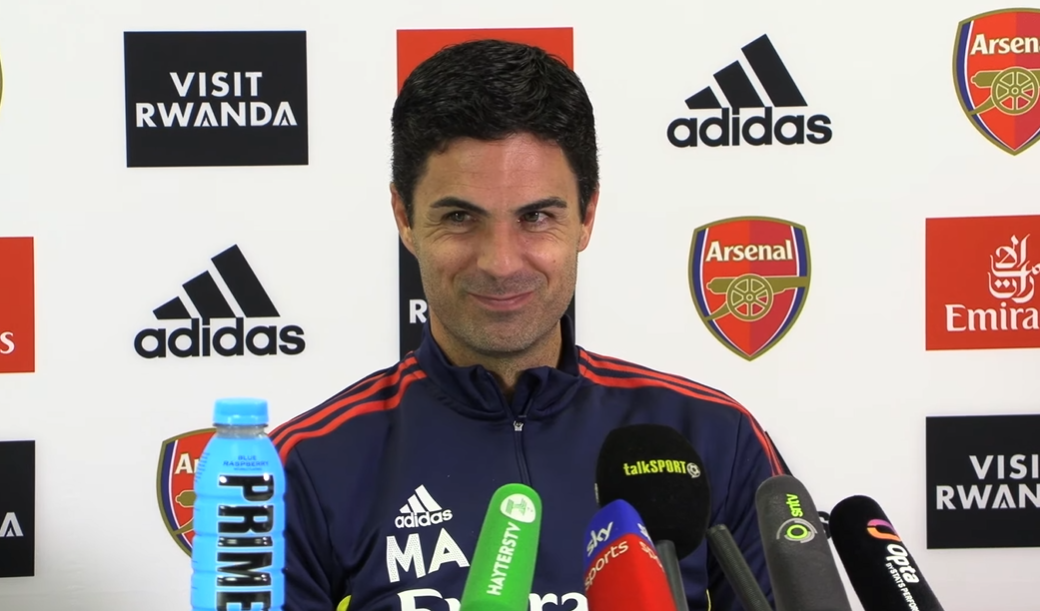 Mikel Arteta has decided to remain tight-lipped on the state of his Arsenal squad ahead of Sunday’s Premier League trip to face Brentford but could gamble on one injury worry.

The Gunners travel to west London to take on Thomas Frank’s in-form side, with the Bees having lost just once this season as well as hammering Manchester United 4-0.

Arsenal were beaten on their one and only visit to the Brentford Community Stadium last season and will be eager to inflict payback this time around, though Arteta has several injury headaches.

Mohamed Elneny is sidelined and Thomas Partey and Emile Smith Rowe are both major doubts, while Ukraine released a statement on Friday claiming Oleksandr Zinchenko would be out of action for the next two weeks.

While Arteta has refused to outright confirm who is and is not available to take on Brentford, he did suggest Zinchenko’s problem may not be bad enough to see him miss Sunday’s game despite withdrawing from Ukraine’s squad.

Asked for an update on the fitness of his squad, the Spaniard replied: ‘Unfortunately the updates will be tomorrow when we have the last training session and today there is not much to give.’

Probed later on whether anyone is definitely ruled out, Arteta responded: ‘Tomorrow, whoever we have to rule out it’s going to be tomorrow.

‘We still have 24 hours to see if one or two can be considered tomorrow for training and for sure for selection and that will be key in the next 24 hours.’

Asked specifically about Zinchenko and the statement put out by the Ukrainian FA, Arteta continued: ‘Well again we have to wait until tomorrow to make that decision.

‘Where he was in that moment [when he withdrew from Ukraine] and what we have decided to do for international week doesn’t mean that we are going to decide the same for the weekend so it is something that we will address tomorrow.’

Smith Rowe’s season, meanwhile, has been hampered by injuries, notably breaking down during a warm-down at Old Trafford, and Arteta has suggested the youngster is still struggling with the issue.

‘That’s been an ongoing issue that he’s had. He’s had some discomfort in the groin area. Unfortunately, he has not had any continuity this season and it’s something that we are trying to assess, trying to help him as much as possible in any way that we can,’ Arteta explained.

‘We need him fit, we need him available, and we need him performing at the best level because he’s such an important player for us. And unfortunately for this period, and for some periods last year, we haven’t had him.’