Arsenal boss Mikel Arteta has question marks over half of his starting XI heading into next season. Arsenal have failed on all fronts domestically this season and have just the Europa League to hold onto to regain some pride. Express Sport looks at a potential starting XI for the Gunners next season, with six positions needing to be filled by either new signings, returning loan players or squad members who can stake a claim for a regular starting spot.

Bernd Leno has run his course as the Arsenal No 1 and Arteta needs to sign a replacement this summer.

Mat Ryan could make his loan move permanent but is unlikely to become the first-choice at the Emirates.

Hector Bellerin, Calum Chambers and Cedric Soares have all had spells at right-back this season but none have nailed down a starting spot.

A new signing in this position is likely, with Tariq Lamptey and Emerson Royal linked as potential recruits this summer. 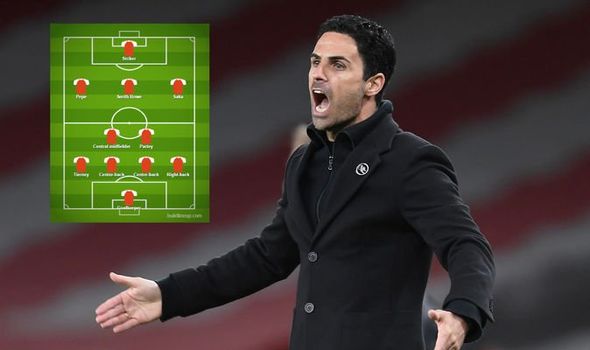 With David Luiz set to leave at the end of his contract, Rob Holding is the only other right-sided centre-back in the current squad.

William Saliba and Konstantinos Mavropanos are set to return from their respective loan spells, but a new signing in this position may be required if Arteta deems the duo not ready.

Arteta loves having a left-footed centre-back and has Gabriel and Mari to choose from.

Gabriel has plenty to work on, with Mari a more calming influence than the Brazilian.

Tierney is one of the best left-backs in the Premier League and is arguably Arsenal’s most important player.

His fitness problems are a concern, so Arteta may bring in a backup for him this summer.

Partey has struggled in his first season with injury problems and form but has shown enough to prove he is Arsenal’s best midfielder.

Keeping him fit next term will be vital. 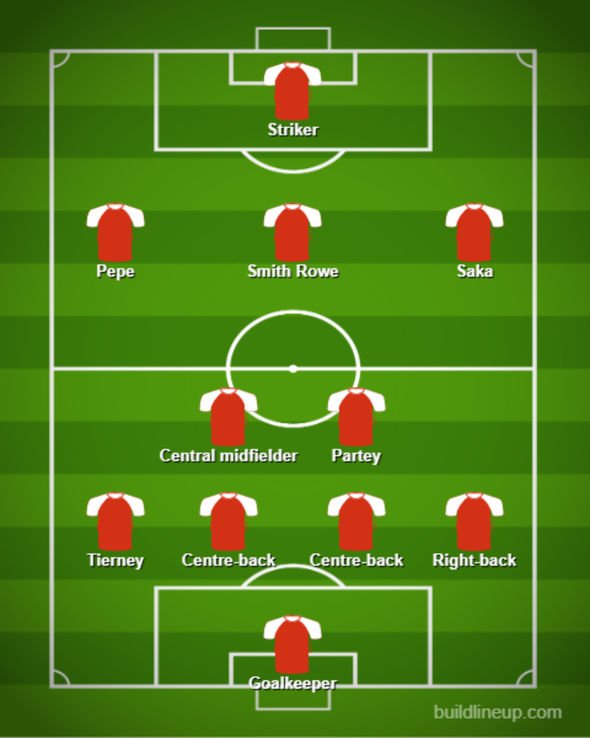 Granit Xhaka may have run his course, with Arsenal set to finish outside the Premier League top four for the fifth season out of five since the Switzerland international’s arrival.

Mohamed Elneny and Dani Ceballos are not the answers either, so a new signing is required here.

Arsenal are in the market for a new No 10 but Smith Rowe has that position rightly sewn down at the moment.

Bringing in an able deputy for the academy graduate would be smart business.

Saka is Mr Dependable for Arsenal and rarely drops below a seven out of 10.

He needs to work on his finishing, however, because he gets enough chances to score up to 15 goals a season.

Nicolas Pepe has started to finally show more than a glimpse of his quality.

Arteta needs to back the Ivorian and give him a run in the side to prove his worth.

With Alexandre Lacazette’s future in doubt, the centre-forward position is up in the air.

Arteta prefers Pierre-Emerick Aubameyang out wide and the Gabon star’s return this season means he should not be guaranteed a starting spot despite being captain.