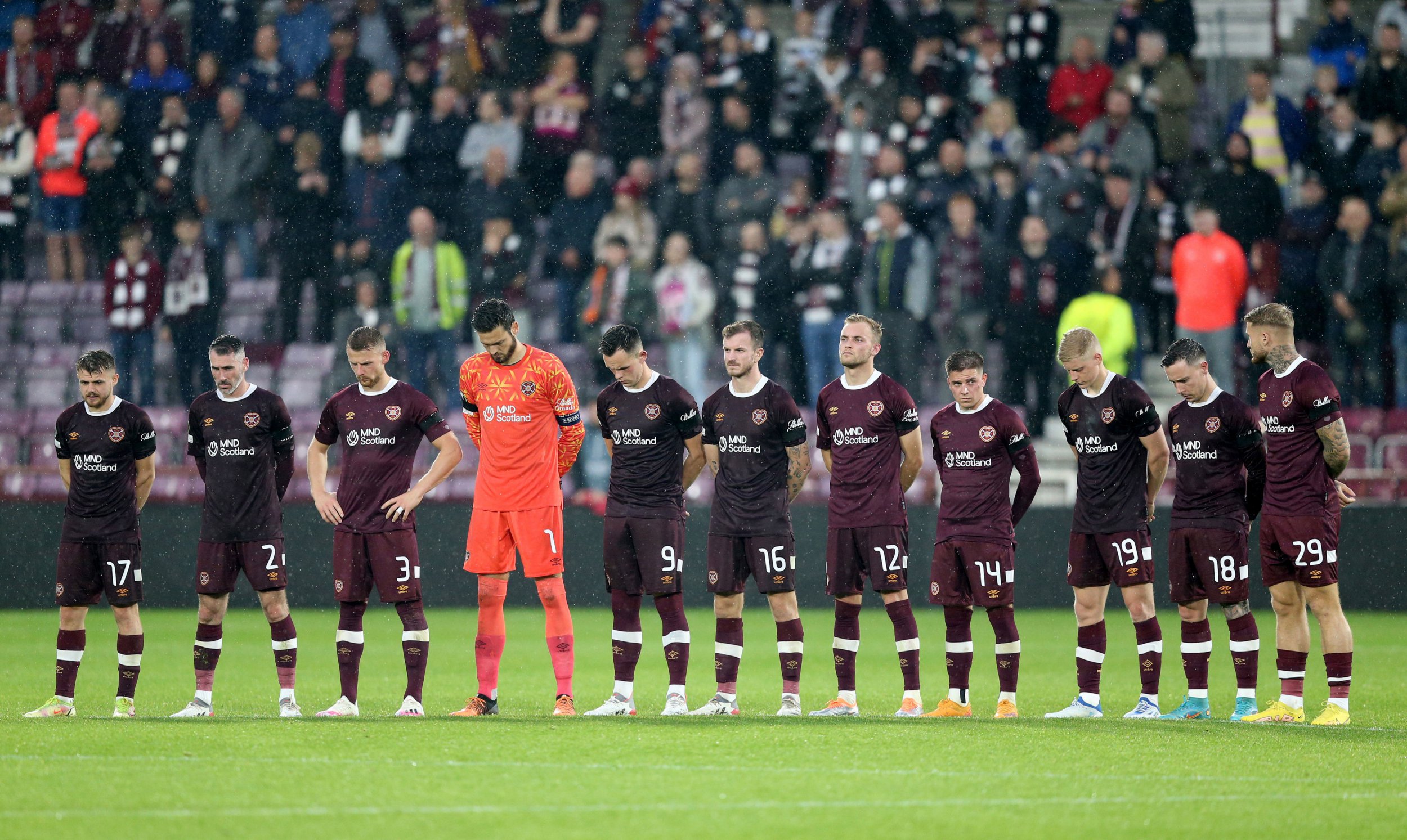 An impromptu minute’s silence before the second half of Hearts’ clash with İstanbul Başakşehir following the death of Queen Elizabeth II had to be cut short after supporters jeered and shouted obscenities.

The Scottish side were taking on Başakşehir at Tyncecastle, Edinburgh in a Europa Conference League match.

The game kicked off at 5:45pm, meaning the announcement of Queen Elizabeth’s death was made at half-time.

Supporters were informed of the news before the second half and it was decided that a minute’s silence would be held before play resumed, while the players emerged from the tunnel wearing black armbands.

Fans at the match, which was being broadcast on BBC Scotland, were told that a minute’s silence would be held ‘beginning and ending with the referee’s whistle’.

But some saw that as an invitation to curtail the period of silence, with a section of supporters jeering, booing and shouting following the referees whistle.

Her Majesty Queen Elizabeth II has died after 70 years on the throne, with her death announced by Buckingham Palace on September 8, 2022.

She died at the age of 96 surrounded by her family at her home in Balmoral, including her son and heir to the throne Charles, the Prince of Wales, and her grandsons, the Duke Of Cambridge, Prince William and the Duke of Sussex, Prince Harry.

One supporter shouted ‘F**k the Queen’, which encouraged others to hurl abuse.

Matches in the Europa League and Europa Conference League went ahead as planned last night, despite confirmation of Elizabeth’s passing before kick-off.

It was deemed too late to call off the fixtures as supporters had already made their journeys to the stadium but an announcement is expected this morning on whether this weekend’s Premier League fixtures will be fulfilled.