Borussia Dortmund youngster Youssoufa Moukoko made history on his international debut with Germany’s U21s on Saturday.

The 16-year-old became the youngest ever player to represent and score for for his country’s youth side during Thursday’s 6-0 triumph in San Marino.

He found the net twice in the first half as the visitors registered a 5-0 lead at the break in their European Championship qualifier. 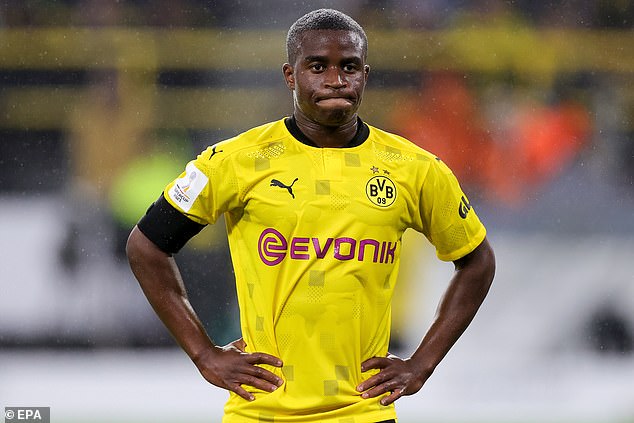 He broke the record held by Florian Wirtz, who made his international debut at 17 years and 159 days.

The Dortmund sensation also became the first ever 16-year-old to play for Germany’s Under-21 side when manager Stefan Kuntz named him in his starting line-up.

Moukoko, though, was measred following the game, saying; ‘I haven’t achieved anything yet.

‘I am only at the beginning of my road and it is far from the end.

‘I have to find the connection faster and play more in the service of the team.’ 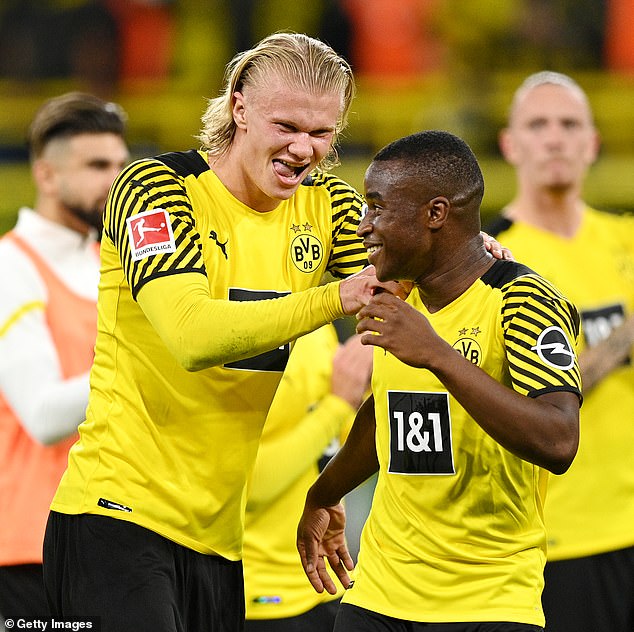