‘He is the kind of player that needs to be really sharp to play his best’: Jose Mourinho admits Alexis Sanchez is ‘struggling’ with adductor injury as Chilean is ruled out of Everton clash

Sanchez has been ruled out of Sunday’s game at home to Everton and didn’t feature in the Champions League defeat to Juventus in midweek.

The Chile international has struggled for form this season, and Mourinho admitted that the injury has affected Sanchez’s game. 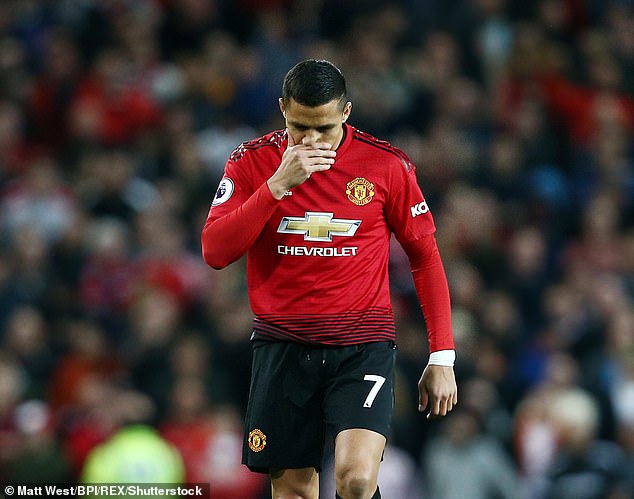 Speaking in his pre-match press conference, Mourinho said: ‘In this moment he is struggling because he is injured,’ said Mourinho.

‘Struggling with his condition and he is the kind of player that needs to be really sharp to play his best game.’

Sanchez featured as a late substitute in United’s draw against Chelsea last weekend but his involvement only aggravated his injury. 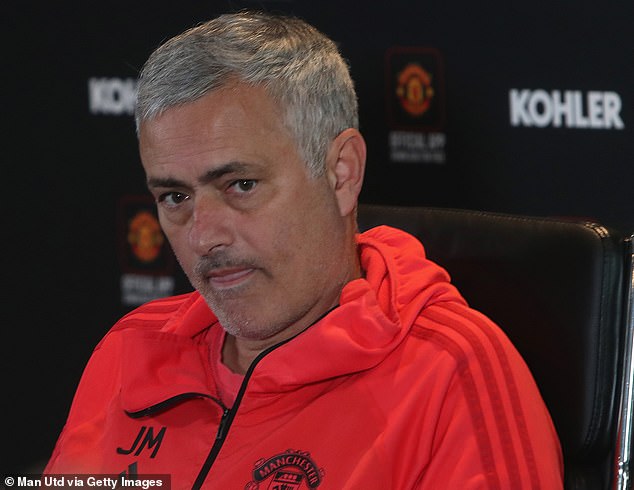 Mourinho said: ‘In this moment he’s struggling because he’s injured and we come to the Chelsea match to try to help the team but his physical condition was not good and then he had to stop and was not available for Juventus and is not available for tomorrow again, so now is to be physically in the best conditions.

‘He arrived January, in the first period of the season for him, I don’t think is ever an easy situation for a player but this season he had a good start a good pre-season, he started well against Leicester, and then he was injured.

‘Then he came back and was injured again and he is the kind of player that needs to be really really sharp.’

Sanchez arrived at United from Arsenal in January amidst much expectation but he has endured a difficult time at Old Trafford.

So far this season Sanchez has mustered just one goal in eight appearances and is growing disillusioned with his situation at United.

The 29-year-old is hoping that Paris Saint-Germain can offer him an opportunity to escape his United nightmare in January, but his £500,000-a-week wages may prevent such a move from occurring.

United go into the game against Everton having won just once in their last seven matches across all competitions.