Jose Mourinho has joked that Cristiano Ronaldo was ‘in love’ with Karim Benzema at Real Madrid and is backing the striker to star at this summer’s European Championship.

The former Madrid boss opened up about the top Euro 2020 strikers he has worked with in the past, including Ronaldo, Benzema, Harry Kane and Romelu Lukaku in his column for The Sun.

The Portuguese manager believes France now have an ‘amazing’ attacking force after welcoming back Benzema from his six-year international exile and is backing the Madrid star to bring the best out of Kylian Mbappe similarly to how Kane did with Son Heung-Min during his tenure at Tottenham. 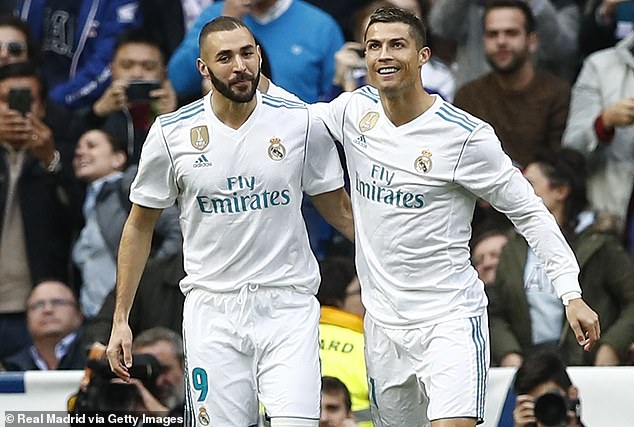 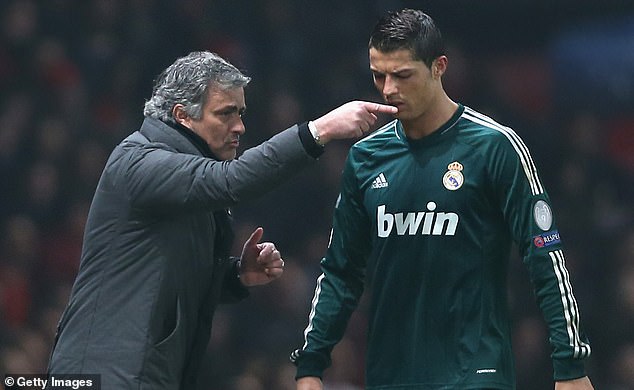 Mourinho claimed Ronaldo ‘loved’ Benzema because he was unselfish and helped the Portugal sensation to score a glut of goals rather than take the glory.

Speaking about Benzema, Mourinho said: ‘The best compliment you can give to Karim Benzema is that Cristiano Ronaldo was in love with him at Real Madrid.

‘Karim is probably the only No 9 I know that is not selfish in his game. His vision is amazing, the way he enjoys his football is to play with lots of freedom. I can compare him with Harry Kane also in this sense. 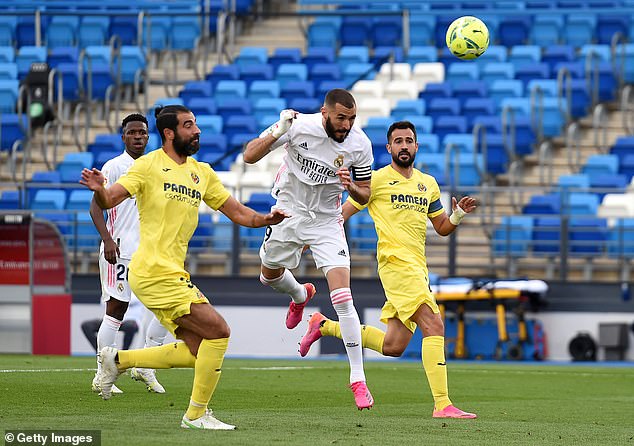 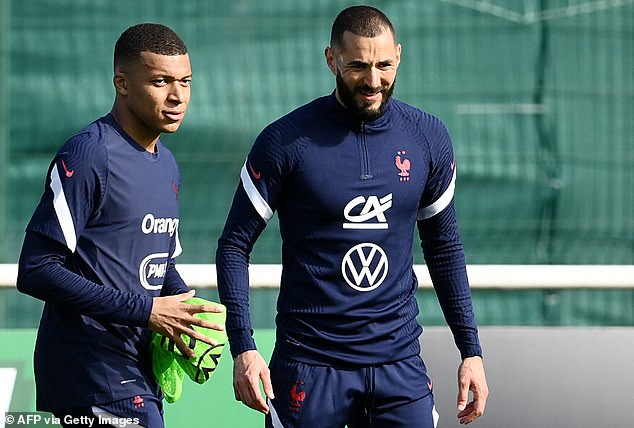 ‘I would say Harry scores more goals, probably has more of that killer instinct than Karim but Karim, as a player, is absolutely amazing and when you look to the French team and you imagine Antoine Griezmann and Kylian Mbappe playing with him, I think it can be something great.

‘Karim will bring the best out of Mbappe, just as he did in Madrid with Cristiano. Like Harry with Son Heung-min, the way the technical one interacts with the one that attacks space and makes diagonal runs.

‘These interactions are very important and I believe Karim, in that France team, can do very, very well.’

Mourinho also spoke about Lukaku’s development at Inter Milan after he struggled at United under his management and insisted that regardless of how England set up in their opening group game against Croatia that Kane can adapt to it.

On the Tottenham striker, he added: ‘ 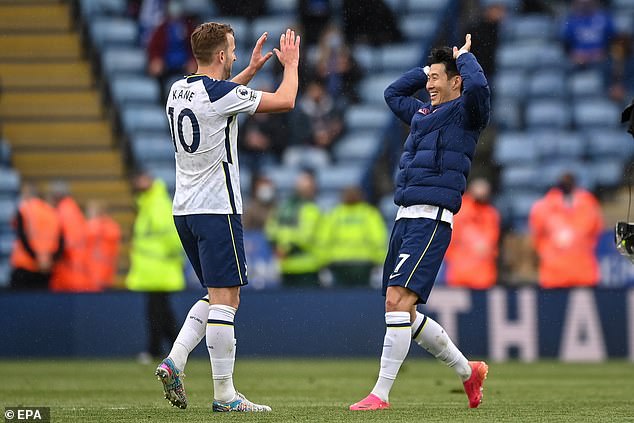 The Portuguese boss said Benzema and Mbappe can strike up a devastating partnership for France, similar to the one Harry Kane and Son Heung-Min had at Tottenham last season 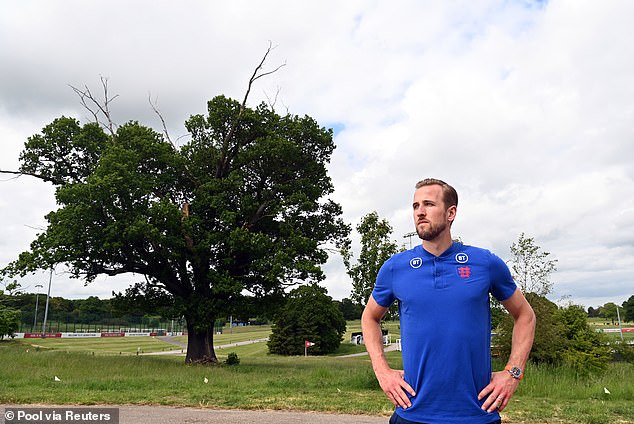 ‘And Harry has the tactical knowledge to adapt to it, I have no doubt about it. Harry won the Golden Boot at the last World Cup and all of these top strikers have egos. They have individual ambitions.

‘At the same time, especially in national teams with a short competition of one month and a clear target for the country, then, more than ever, they’re ready to do anything for their country.

‘If you ask them, ‘Would you change the Golden Boot for the Euros trophy?’ they will all say “Yes! 200 per cent”.’ 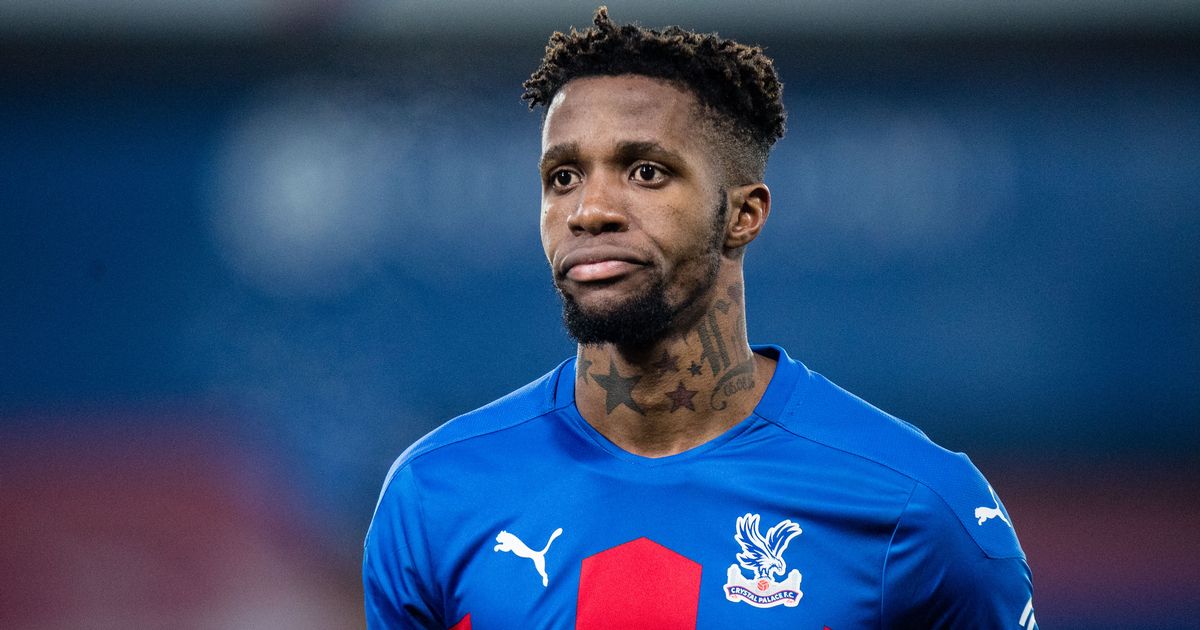