Manchester United boarded their plane on Friday afternoon ahead of their league clash against Bournemouth.

Manager Jose Mourinho, Paul Pogba and Co were pictured heading on to the plane ahead of their flight to the south coast.

The squad made their final preparations for Saturday’s match with a training session earlier in the day. 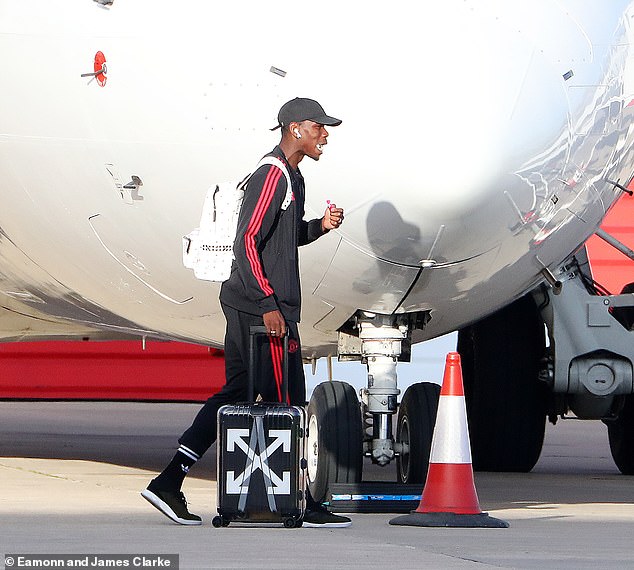 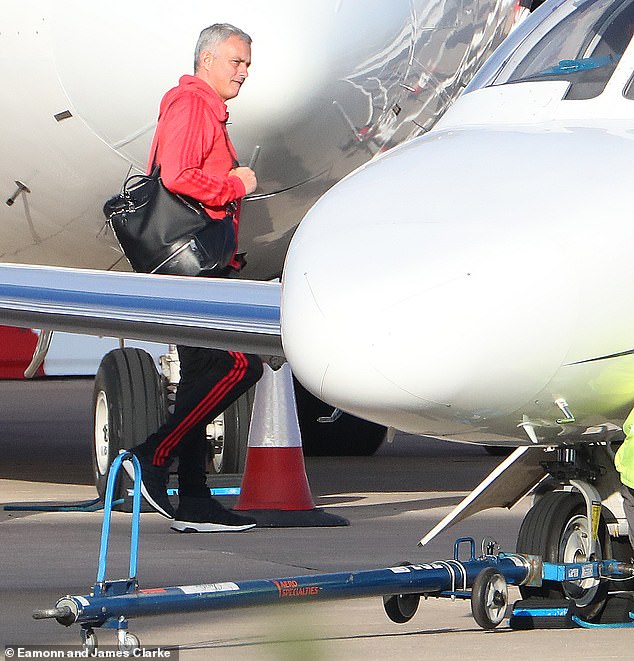 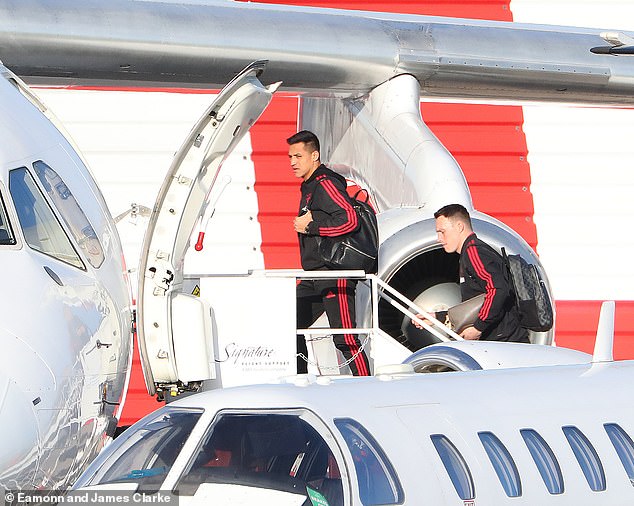 The Cherries have had an impressive start to the season and sit in sixth place with 20 points, two places and three points ahead of United.

Following a disappointing start to the season, United’s form has improved in recent weeks with two wins and a draw in their last three top-flight matches.

‘When you are outside the top four you shouldn’t speak about the title race,’ Mourinho said. 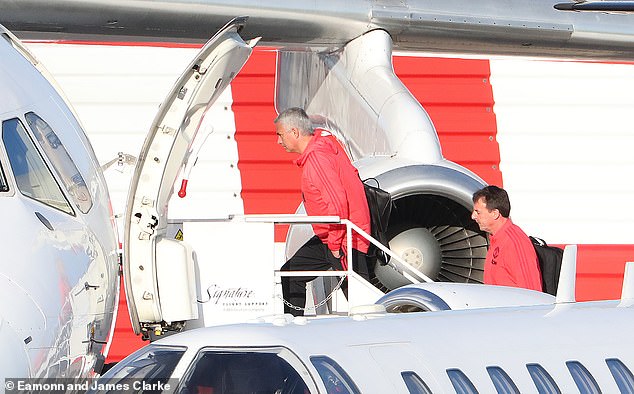 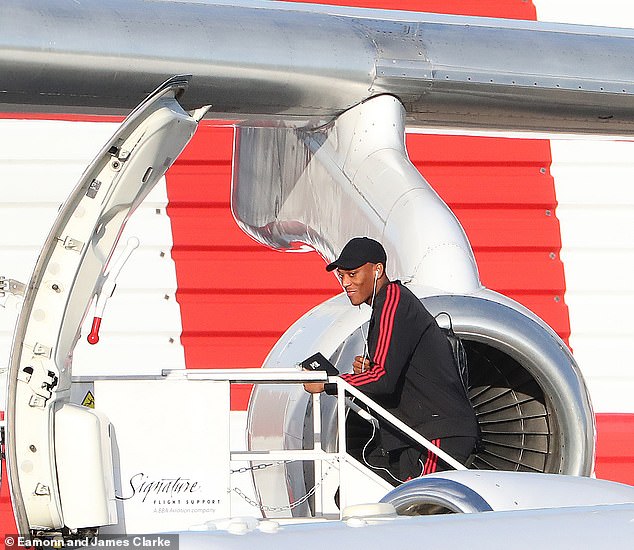 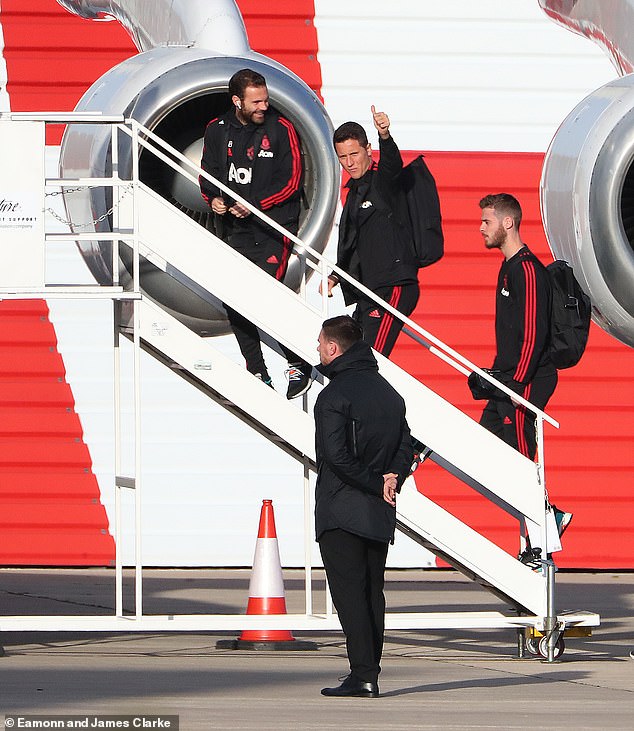 ‘When you are top four, which I believe we are going to be, then you can look up and see the distance.

‘You can look at the situation. At the moment injuries, suspensions, form… we’re outside the top four so the point now is to get the points we need and get there by the end of December like I expect to be.

‘We’ll be in a better position. By the end of December, the end of the first half, we are not going to be in the position we are now.’

United’s trip to Bournemouth begins a run of three consecutive away games with a trip to Juventus and the Manchester derby following soon after.