Atletico Madrid are closing in on the signing of striker Moussa Dembele from Lyon.

The French club’s sporting director Juninho has confirmed negotiations are ongoing and that the player is keen on a transfer.

Atletico boss Diego Simeone revealed on Monday that discussions are at an advanced stage.

Lyon’s Juninho told Telefoot: “Moussa came to see me; he thinks it is the time to change club. He told me he has lost a bit of motivation. 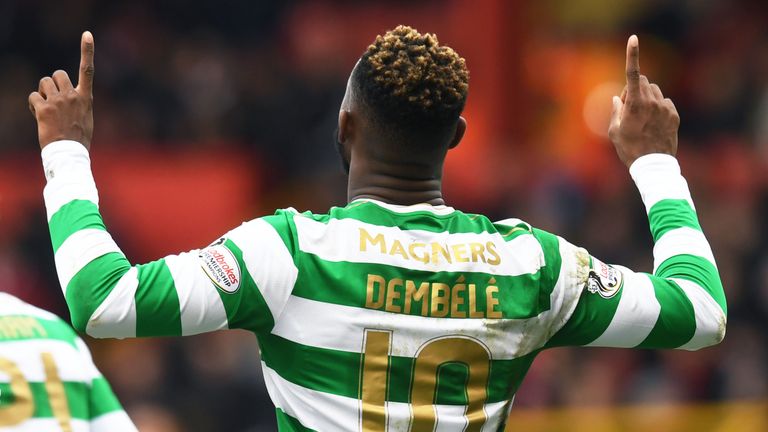 “It wasn’t something we foresaw. Moussa is a player I appreciate a lot and we counted on him. But at the same time to keep someone who doesn’t want to live in an intense way these next five months here is not ideal.

“So we are discussing with Atletico. Nothing is done. I think Moussa has reached an agreement with Atletico, but it needs ours as well. If it arrives, I wish him good luck.”

Dembele began his career in Fulham’s academy before a successful spell at Celtic.

Sky Sports News reported in 2019 that he was on Manchester United’s shortlist after they sold Romelu Lukaku, but they instead signed Odion Ighalo.

The winter transfer window is open until Monday, February 1 at 11pm.

Follow all the news and analysis on Sky Sports News and across Sky Sports‘ digital platforms, including our dedicated Transfer Centre blog.