David Moyes insists he is trying to get West Ham back to the performance levels they showed last season as soon as possible after watching them thump Reading 3-0 in a friendly.

The Hammers enjoyed a glorious campaign last term, finishing sixth in the Premier League with 65 points to qualify for the Europa League group stage.

West Ham kick off the new season at Newcastle on August 15 but Moyes watched on as his side continued their preparations with a resounding win over Championship opposition on Wednesday night. 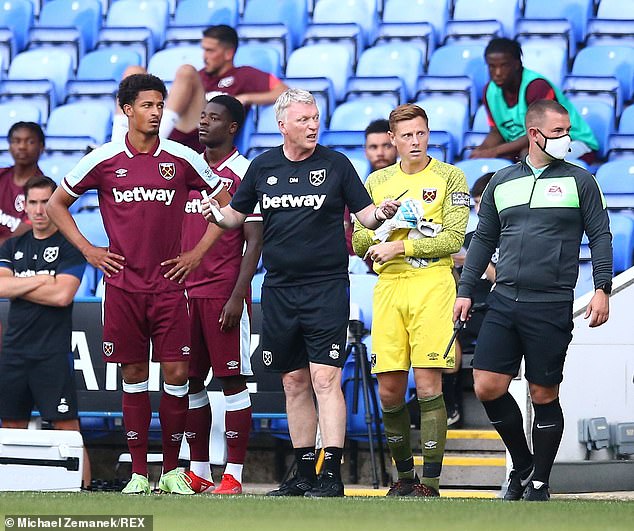 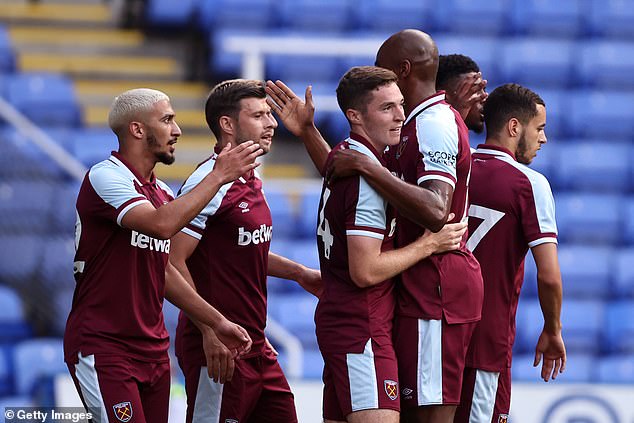 West Ham took the lead midway through the first half when Reading defender Jeriel Dorsett put the ball into his own net.

Youngsters Conor Coventry and Ben Johnson then both found the back of the net in the second half as the Hammers eased to a comfortable victory.

Moyes’ squad was boosted by the returns of Pablo Fornals and Said Benrahma while Michail Antonio, Jarrod Bowen and Mark Noble were all involved.

After the game, Moyes insisted he was pleased with what he saw but knows there is  still work to do to get his side ready for what is going to be a hectic campaign.

He told the club’s official website: ‘I’m pleased tonight because we played better than we have played in the other games.

‘This was the first time we’ve brought the whole of the squad together for one game.

‘We played a lot of the kids in Dundee and then with the two games at Leyton Orient and Northampton we split the teams up, so tonight was all the players, even though we did split them up again. 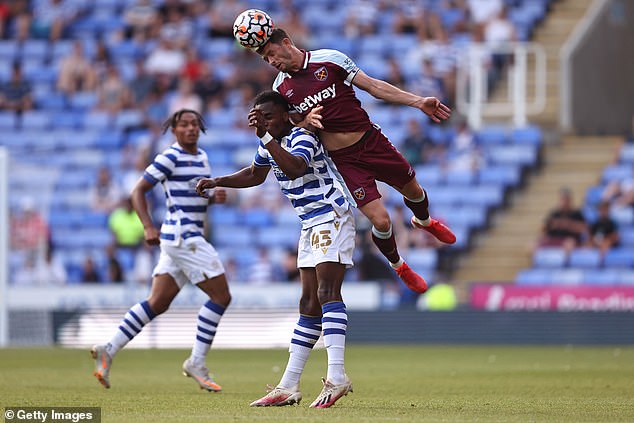 The Hammers finished sixth last season, meaning they are in the Europa League group stage

‘We played well. The first 20 minutes especially was a good game. They had a few chances, we had a few chances and there was a really good tempo to the game, so hopefully we’ll benefit from that.

‘I’m trying to get back to our level at the end of last season as quickly as we can.

‘We’re without a few players at the moment but the players who are here need to perform at that level and try to show what we want to do.

‘I’ve got to say, there were a lot of good things. Most of the players are in good condition and tonight was tough because of the warmth and Reading are probably a week ahead of us as well, so it was a good workout for the players.’