Jude Bellingham scored on his competitive debut as Borussia Dortmund crushed 10-man third-tier side Duisburg 5-0 in the German Cup first round on Monday.

They was also a goal for captain Marco Reus on his comeback after a seven-month injury lay-off in the comfortable DFP-Pokal victory.

Dortmund all but secured a second-round spot in the first half with Jadon Sancho converting a 14th minute penalty for the opener and 17-year-old Bellingham, who joined from Birmingham City in the close season, doubling the lead in the 30th. 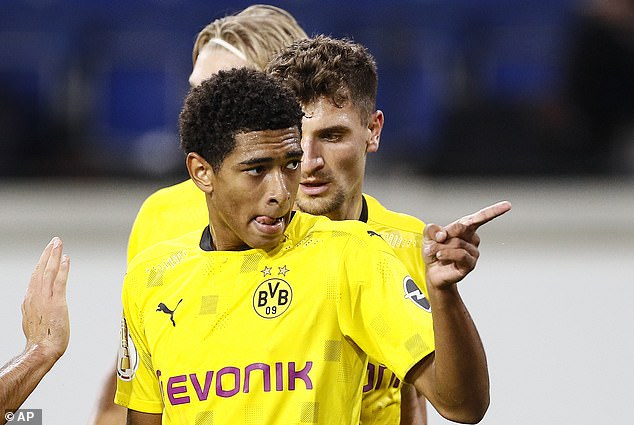 Thorgan Hazard and Giovanni Reyna netted free kicks either side of the break, with the hosts down to 10 men following a red card for Dominic Volkmer in the 38th for a last-man foul.

Germany international Reus, who had been sidelined since February with a nagging groin injury and had repeatedly delayed his comeback, then scored seconds after coming on in the 58th. 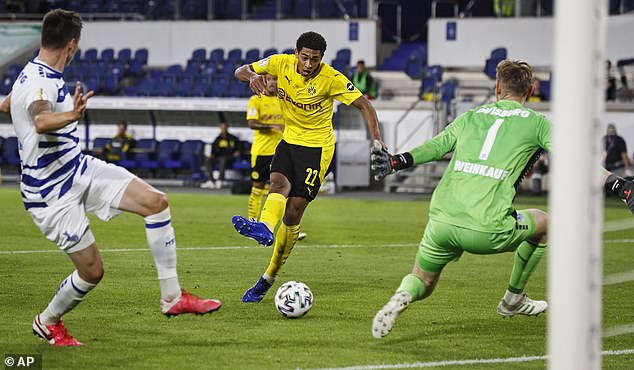 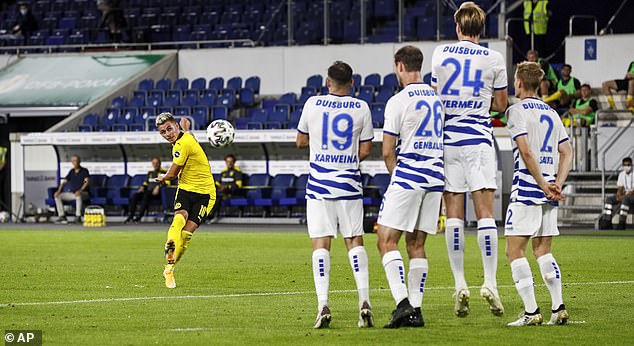 ‘We did it well, we attacked and scored at just the right times,’ said Dortmund defender Emre Can. ‘It is great the kind of players we have in the team. A great team with really young players. I would be happy if we continued like that.’

It was an equally one-sided affair in Dresden where hosts Dynamo beat Hamburg SV 4-1.

There was a heated moment after the game when Hamburg defender Toni Leistner climbed into the stands to confront a Dynamo fan and then pushed him down. 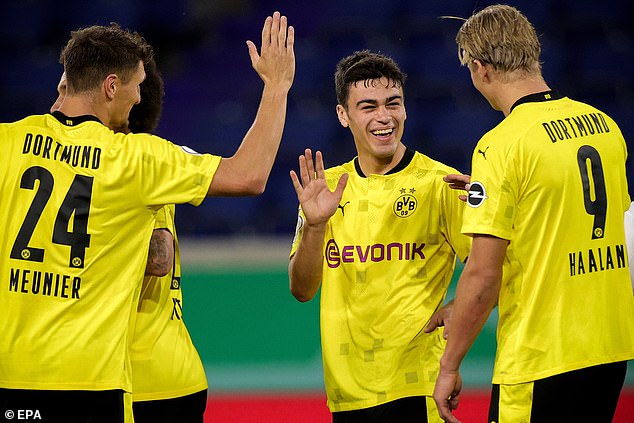 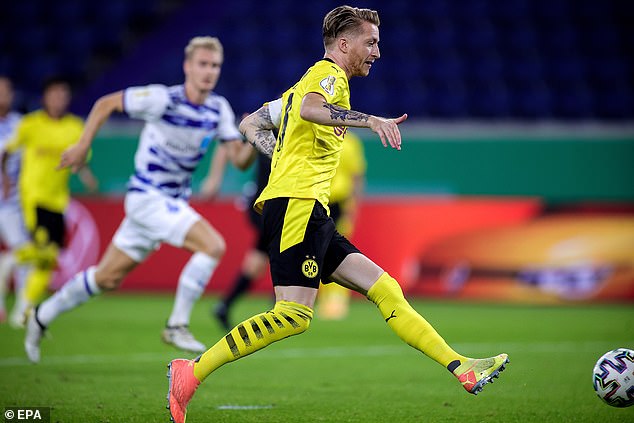 The Dresden-born player later said he had been insulted by the supporter. 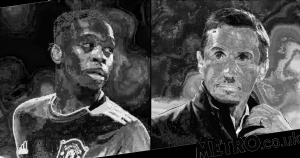