‘It was a laboured victory’: Thomas Muller hits out at Bayern Munich’s sloppy performance in narrow win over lowly Cologne while boss Hansi Flick insists he was NOT ‘happy with the game’

Thomas Muller admitted Bayern Munich’s performance was not up to scratch after they squeaked past Bundesliga strugglers Cologne to win 2-1 on Saturday.

Bayern, who also won the Champions League last season, were made to work for the win, with Muller slotting home the opener from the penalty spot after 13 minutes before Serge Gnabry doubled the visitors’ advantage in first-half stoppage time.

Dominick Drexler scored for the hosts with eight minutes of normal time remaining to put Hansi Flick’s men under pressure, but the home side were unable to fashion an equaliser. 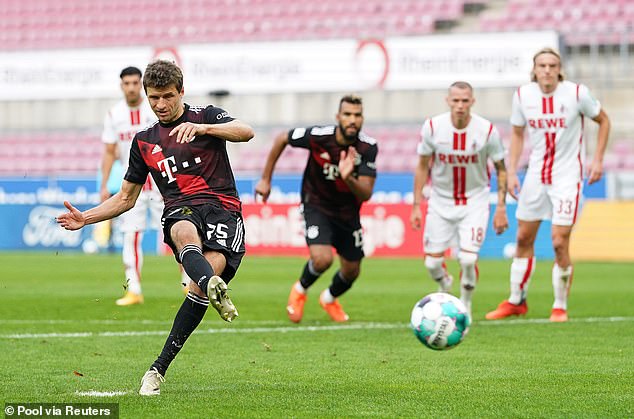 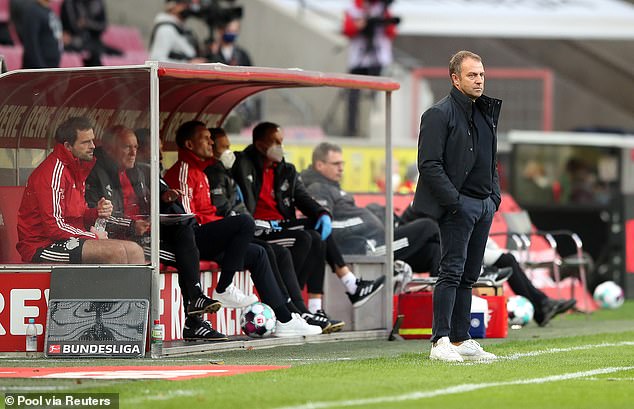 Despite the win and the fact that the team went top of the Bundesliga on goal difference, both Muller and Flick were unhappy with the performance.

‘It was a laboured victory, especially because we unfortunately missed the chance to score the third goal at the beginning of the second half,’ Muller said.

‘Then anything could have happened until the final whistle. It wasn’t a glitzy or glamorous performance. We’ll take it as it is.

‘We certainly too often lost the ball carelessly and acted a bit too casually during the game. Cologne lay deep a lot. They did that well.

‘Nevertheless, we could have been a bit more clinical in a couple of situations and got at goal more. The passion was there to take the victory with us. I’m not criticising ourselves, but we’ve definitely been better.’ 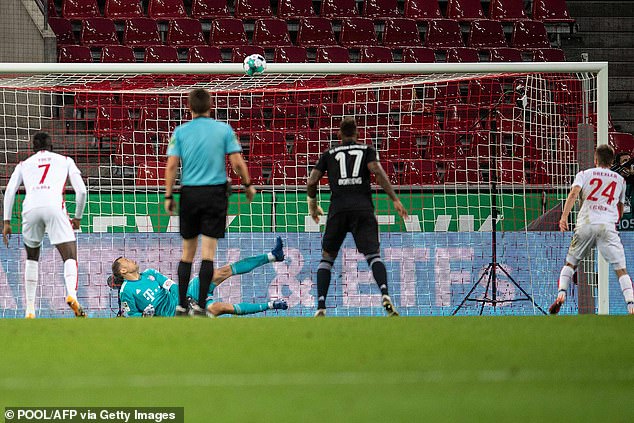 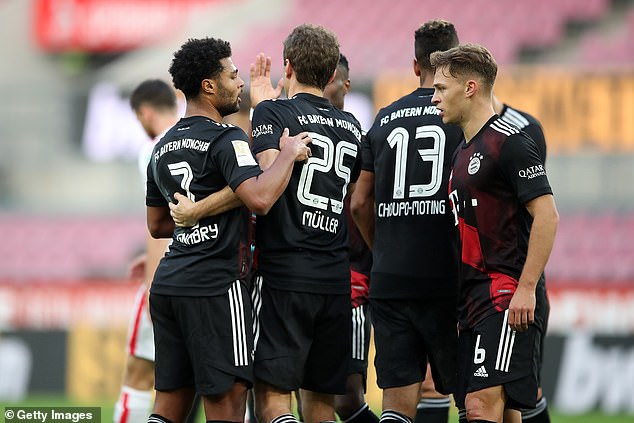 Manager Flick felt the win was merited, but also recognised that they were obvious areas for improvement with a crunch game against rivals Borussia Dortmund up next.

He added: ‘It was a deserved win in the end, but we made life difficult for ourselves. The game cost us too much energy. I’m happy with the result, not so much with the game.

‘I’m satisfied with the attitude, mentality and the will to win. We made life difficult for ourselves with our mistakes in the passing game.

‘We could have made the win easier. We let Cologne get back into the game.’