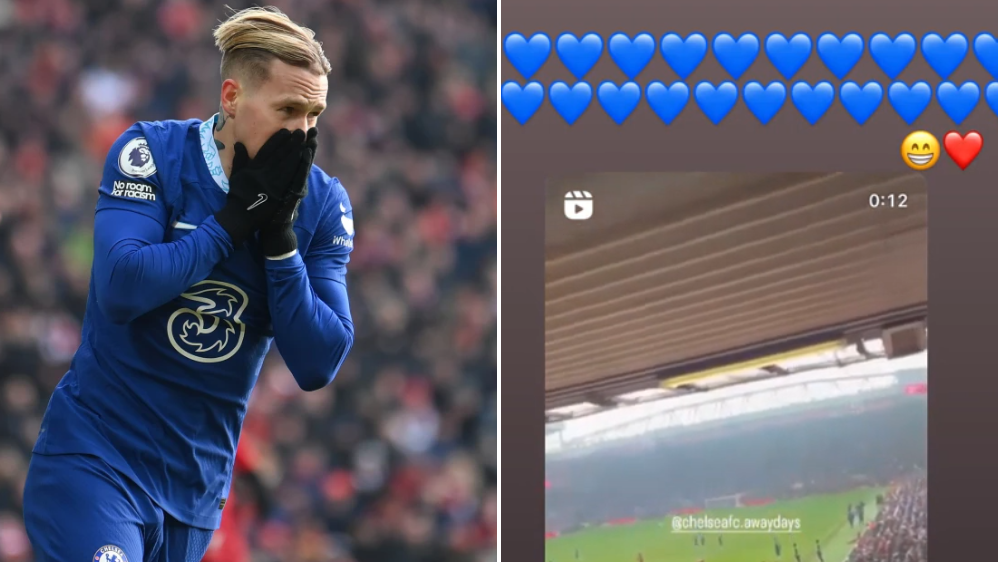 Chelsea fans got a first glimpse of new signing Mykhailo Mudryk in action on Saturday and absolutely loved what they saw from the €100million man.

The Ukraine international had only taken part in two training sessions with his new teammates prior to the trip to Anfield and, understandably, began life as a Chelsea player on the substitutes’ bench.

Chelsea had been largely toothless until the Mudryk’s 55th minute introduction, relying on set-pieces for the few sightings they had of Alisson Becker’s goal.

Mudryk changed all that, however, creating the best opportunity of the game will a superb piece of skill before firing into the side-netting and then demonstrating his electric pace to draw a cautionable offence from James Milner.

It was only a week ago that the 22-year-old appeared on the verge of joining Arsenal before Todd Boehly sprang into action and sanctioned an audacious hijacking.

Mudryk’s social media activity in the weeks that preceded his move to Chelsea seemed to suggest he was sweet on the idea of a move to north London but he now appears to be a fully-fledged Blue after he liked a chant mocking Arsenal’s lack of success in the Champions League.

He flew in from Ukraine, On Boehly’s private plane,
Mudryk said to me: ‘Have Arsenal ever won the Champagne League?
So I told him no, you know the place to go,
Then he said to me, ‘I wanna lift number three’