Napoli slipped to a surprise 1-0 defeat at home to Empoli in Serie A on Sunday, their third loss from their last five league games.

The hosts were out of sorts in the first half, but still went closest to breaking the deadlock as Eljif Elmas saw his curling effort flick the top of the crossbar and head over.

Opportunities came and went for Napoli after the break, and Patrick Cutrone’s header, that he knew little about, crept home to settle the contest in the 70th minute. 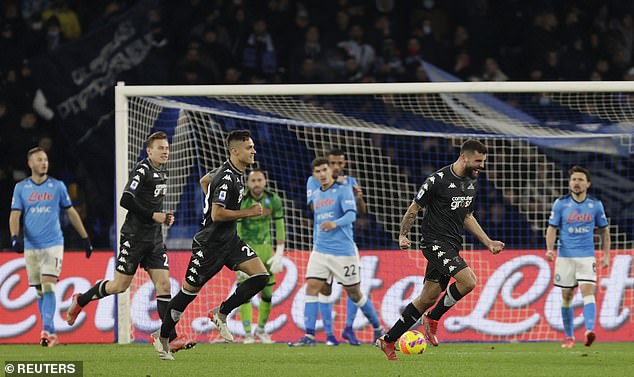 Luciano Spalletti’s side threw everything at Empoli late on – the hosts finished the match having had 30 shots at goal – but without injured striker Victor Osimhen, and a host of other key players, they could not muster an equaliser.

Having gone unbeaten in their first 12 league matches this season to sit top of the standings, fourth-placed Napoli could finish the weekend four points behind Inter Milan, should the champions beat Cagliari later on Sunday to climb to the summit.

Empoli continue to be Serie A’s surprise package this term, with their third win in their last four league games helping them climb to seventh. 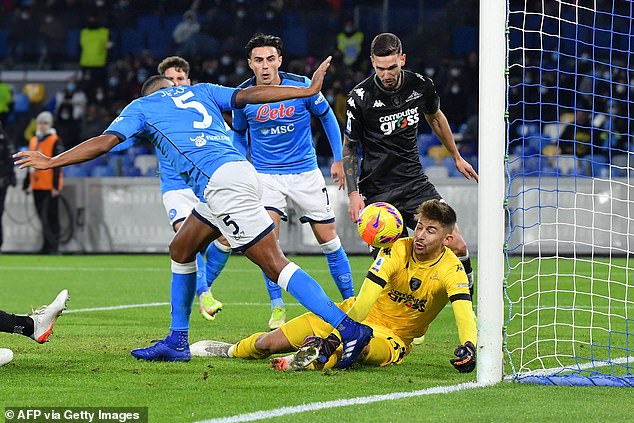 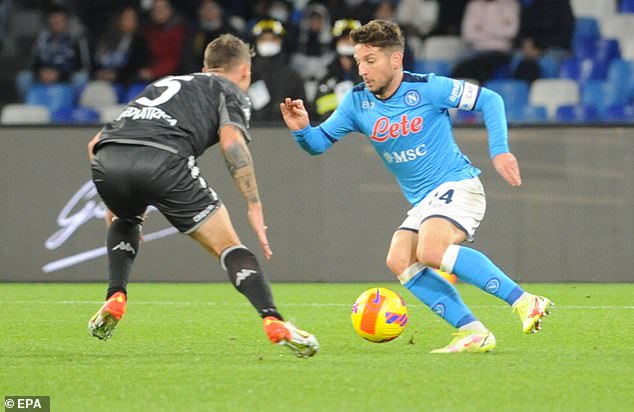 The hosts were out of sorts in the first half, but threw everything at Empoli late on