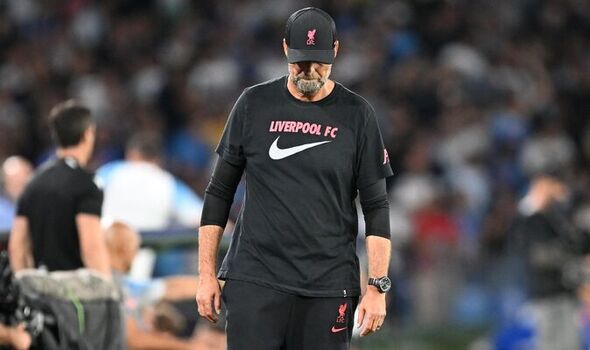 Liverpool had a Champions League night to forget in their first European game of the season with Jurgen Klopp’s side suffering an embarrassing defeat in Naples on Wednesday night. The Reds were all at sea at the back in the opening 45 minutes and Napoli could have easily found themselves 5-0 up. Fortunately for Liverpool the scoreline didn’t get much worse in the second half, but the damage was done early on. Express Sport looks at four things learned from the humiliating loss.

The one member of Liverpool’s squad who has arguably been the most consistent performer for the past four years is going through his worst spell at the club and doesn’t look to be getting any better. Victor Osimhen made Van Dijk look like an amateur centre-back in the 41 minutes he was on the pitch.

He’s seemingly lost his leadership at the back and is now too often seen throwing his arms in the air at some of his team-mates. Klopp desperately needs his first-choice centre-back to rediscover his best form and quickly to help stem the growing crisis.

It’s been a regular part of Klopp’s system in playing a high line, in part to keep the pressure on teams further up the pitch. But teams have found out how to expose that this season and it’s made Liverpool look like fools.

Napoli far too often beat the offside trap and at times had three players against one. The only saving grace for Liverpool was that the scoreline was only 4-1 as it could have been far worse. 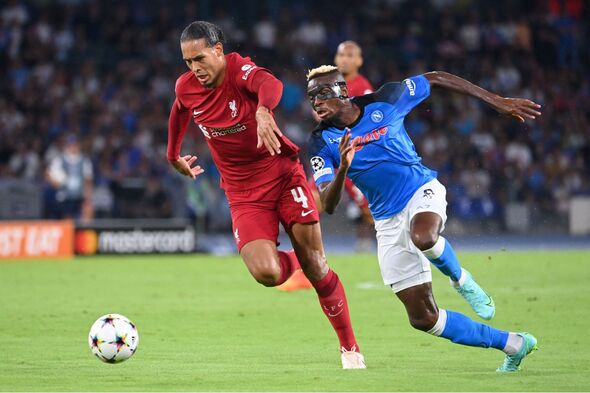 Luis Diaz the only one with any desire

Without Luis Diaz it’s hard to see where any sort of fightback from Liverpool was going to come from. Liverpool’s success has been based on the ‘geggenpressing’ style ever since Klopp took charge at Anfield.

But Diaz was seemingly the only player to get the memo to continue that attitude even when Napoli were 4-0 up. Most looked to have given up by that stage with Diaz the only player still running around the pitch and trying to fight back.

Klopp won’t be able to keep blaming injuries as their squad should still have enough quality to – at the very least – compete with sides like Napoli. But having limited options in midfield clearly is taking its toll on the ones who have been in recent weeks.

Milner can’t be starting every week at 36 years of age while Fabinho looked appeared out on his feet having played 360 minutes in the last two weeks. Thiago Alcantara is finally back and available, along with Diogo Jota with most expected to all be back after the international break.

There’s still another Champions League tie against Ajax sandwiched in between league games against Wolves and Chelsea for Liverpool to contend with and Klopp will need huge improvements.

Where is any momentum going to come from?

The 9-0 thrashing of Bournemouth should have been exactly that and the dramatic win over Newcastle had the Anfield crowd bouncing in the end. Wolves are up next for Klopp’s side at Anfield and it’s going to be the home crowd which will likely need to get this Liverpool side going.

But show any signs of a repeat of the performance against Napoli and the Liverpool supporters may well soon start getting restless.