Slovenia overcame the sending-off of defender Miha Blazic to grab their first point of their Nations League Group B4 campaign as they held Norway to a 0-0 draw in Oslo on Thursday.

Slovenia were reduced to 10 men in the 63rd minute when Blazic was shown a straight red card for bringing down Erling Haaland when he was through on goal, and Martin Odegaard hit the resulting free kick against the crossbar.

Haaland had plenty of chances but could not add to his tally of three goals in the competition, and Alexander Soerloth missed a great chance to grab all three points, firing over the bar in the 75th minute as the visitors hung on for a point. 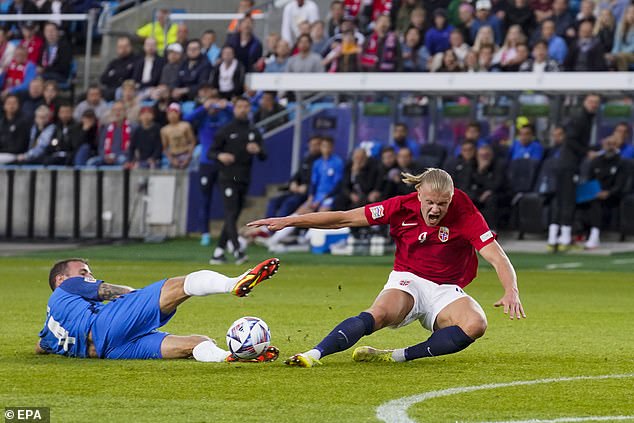 Norway top the group on seven points, one ahead of Serbia, who beat third-placed Sweden 1-0 in Stockholm. The Norwegians host the Swedes on Sunday while Serbia travel to bottom side Slovenia.

A first-half goal by Luka Jovic earned Serbia a 1-0 win away to Sweden in their Nations League Group B4 clash on Thursday as the Swedes slumped to their second home defeat in a row thanks to another flat performance.

The visitors took the lead just before the break when Strahinja Pavlovic headed a corner back across goal to Jovic, and he reacted quickly to hook the ball home past Robin Olsen. 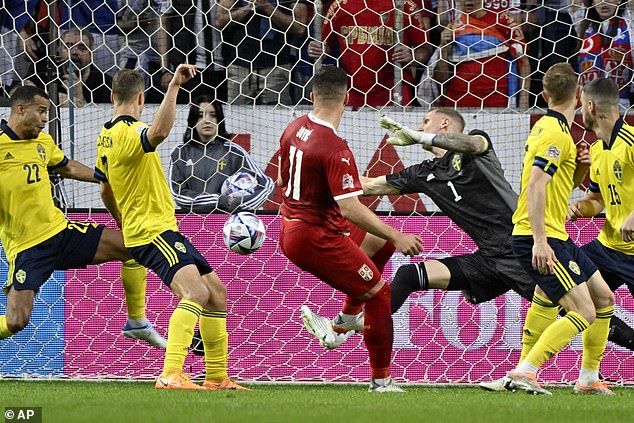 Missing several first-choice defenders through injury, the Swedish attack again looked short of ideas as they registered a single shot on target and the Serbs held on for a comfortable victory.

Serbia remained second in the group on six points, one behind Norway who played out a scoreless draw with bottom side Slovenia in Oslo. The Serbs travel to Slovenia on Sunday while Sweden head to Oslo to play Norway.

Northern Ireland’s Nations League despair grew deeper as they fell to a 3-2 defeat to Kosovo in Pristina which caused some fans to openly turn on Ian Baraclough. 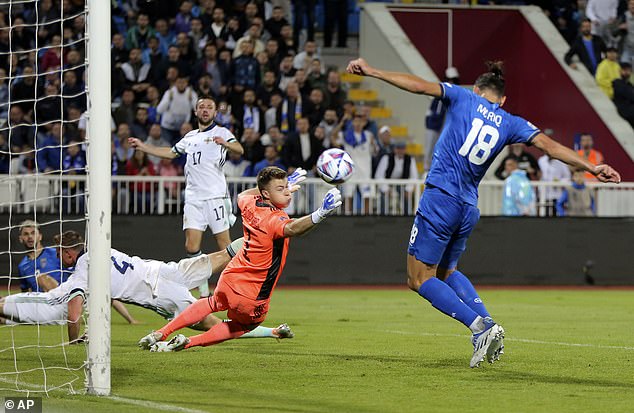 Sections of the Green and White Army sang ‘Cheerio’ after the manager went to acknowledge the travelling support at the end of a match in which the final score made it look better than it really was for Northern Ireland.

Early strikes from Vedat Muriqi and Zymer Bytyqi, the first a penalty, put Kosovo in control. And although Shayne Lavery pulled one back on the stroke of half-time, Muriqi’s second at the start of the second half should have killed it, Dan Ballard’s late header notwithstanding.

Northern Ireland’s games without a win in this competition now number 13, but it was not luck that was against them at the Stadiumi Fadil Vokrri as they were second best to a bright Kosovo side who threatened to score more and increase yet further the growing pressure on Baraclough.