Free match highlights and report from Scotland’s Euro 2020 warm-up friendly against the Netherlands in Portugal; Depay levels late on; “Decision to award a free-kick at the end was embarrassing,” says Steve Clarke

After winning a soft free-kick on the edge of the box, Depay whipped in a fierce free-kick to notch his second of the game (89) and peg the Scots back for the second time in their first Euro 2020 warm-up game.

Nisbet thought he had netted the winner from close range on 63 minutes with his first touch after coming off the bench, restoring the lead that Hendry had given them after 11 minutes in Portugal.

It was a fine display from Steve Clarke’s side who were without seven squad members following John Fleck’s positive Covid test, with their only defensive lapse of the night allowing Depay’s well-taken first equaliser (17) shortly after Hendry opened the scoring.

Craig Gordon had to be alert to tip a deflected Patrick van Aanholt effort behind but a solid defensive display kept chances to a minimum barring set-pieces and Clarke’s side will be full of belief as they face Luxembourg in their final warm-up game.

Man of the match: Hendry

How Scotland started their Euro 2020 preparations

The first chance of the game saw Scotland take the lead – and it came from an unlikely source. Hendry found himself high up the pitch as he pressed from a Dutch goal-kick, pounced on a loose ball and fired a low drive into the bottom corner from 20 yards out.

Lyndon Dykes could have doubled the lead moments later but Tim Krul punched his fierce strike away and they were made to pay for that miss soon after. 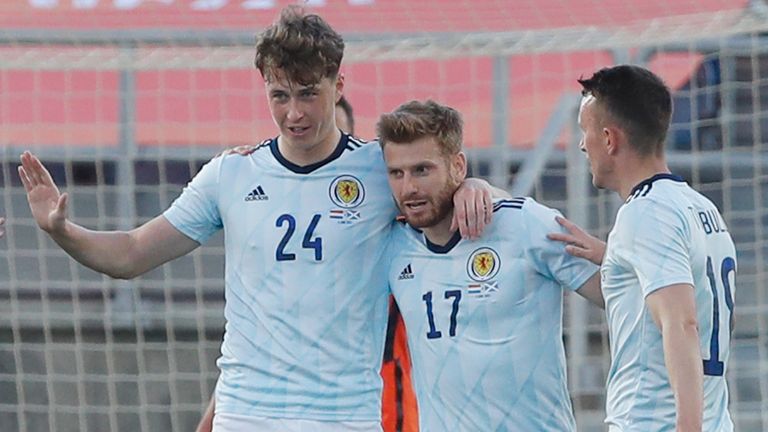 David Turnbull was handed a debut by Steve Clarke, who was without seven players after John Fleck tested positive for Covid and a further seven squad members were left behind as a precaution. Jack Hendry and Liam Cooper started alongside Kieran Tierney at centre-back, while Lyndon Dykes was given the opportunity to lead the line again. Billy Gilmour and Scott McTominay were on the bench after their late arrivals to the camp.

A simple lofted ball into the box saw Gini Wijnaldum rise above Hendry and nod the ball back to Depay, who had drifted away from David Turnbull and had all the time in the world to place a perfect volley into the bottom corner.

They were the only chances of note in a first-half that saw the Dutch dominate possession without ever really creating any openings.

And it was a pattern that continued after the break as the Netherlands looked for long diagonals over the back of Scotland’s wing-backs and found the route blocked more often than not.

Like the Dutch, the Scots’ forays forward had failed to conjure up any opportunities before Nisbet’s dramatic introduction.

Thrown on alongside Declan Gallagher and Ryan Fraser, the Hibernian striker was alert to get on the end of a perfect Andy Robertson cross and cushion it into the back of the net with his very first touch of the night. 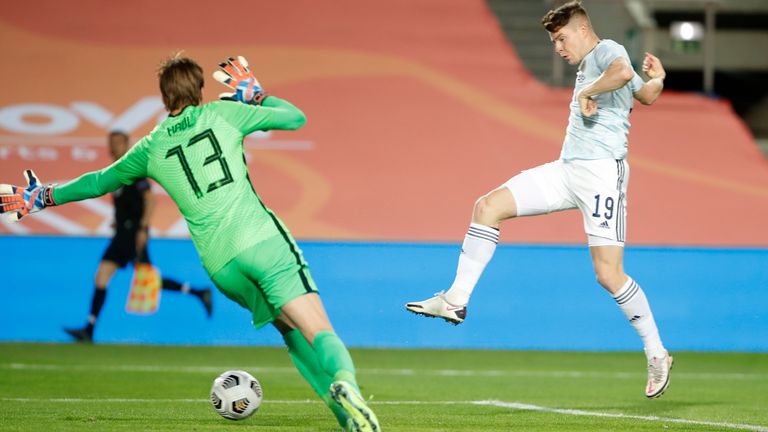 Debutant David Turnbull fired an effort over after neat interchange with Nisbet, before a low Depay cross had to be hacked clear by the impressive Hendry with Quincy Promes lurking.

Gordon’s only real save of note came when Van Aanholt’s low drive was deflected and the veteran managed to change direction entirely to tip it behind for a corner – but he may be disappointed with Depay’s free-kick.

The Lyon forward opted to go to Gordon’s side after hitting the wall from a similar position minutes earlier and found the top corner with a powerful strike, though the keeper may regret taking a step to his right before the ball was struck.

Despite the equaliser, Clarke will be mightily pleased with Scotland’s first proper run out since March and the belief will course through the squad as they count down the days to that Euro 2020 opener with the Czech Republic in 12 days’ time. 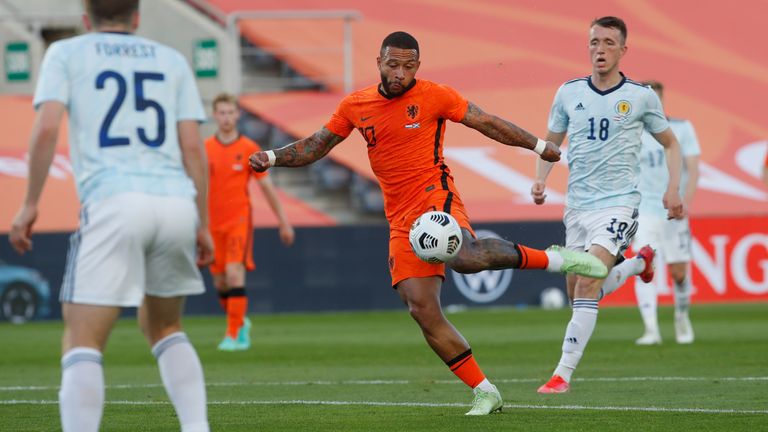 Man of the match – Jack Hendry

The highlight for Hendry will be his first international goal, which he took like a seasoned striker rather than a centre-back.

Aside from that, Hendry was assured at the back and part of a somewhat makeshift defensive line that frustrated the Dutch all night long.

The 26-year-old may have made the right-hand centre-back spot his own for the opening game with the Czech Republic on the back of that display.

What the manager said

Scotland boss Steve Clarke: “It was a good performance – very good. Lots of really good things out of the game. It’s disappointing not to win it, to be honest. Don’t like to talk too much about referees because I’ve been in trouble for that quite a lot recently but the decision to award a free-kick at the end was embarrassing.

“We spoke about coming here with a good display and a draw against the Dutch is a good result. It could have been better but the referee decided that wouldn’t be the case.

“Back to training tomorrow. Everyone will train except for John Fleck, who is unfortunately stuck in his room for a few days.

“Che Adams brings that pace that we’ve maybe lacked, and that different option. Lyndon Dykes has done fantastic to us, but Adam can bring a different dimension, whether to partner Dykes or go alone.

“This XI is tried and tested. There’s a couple positions I’m not 100 per cent on, and one of them is the goalkeeper. David Marshall is obviously the hero, and will forever be remembered for that penalty save against Serbia, but that’s going to be a tough decision as Craig Gordon is probably in better form. 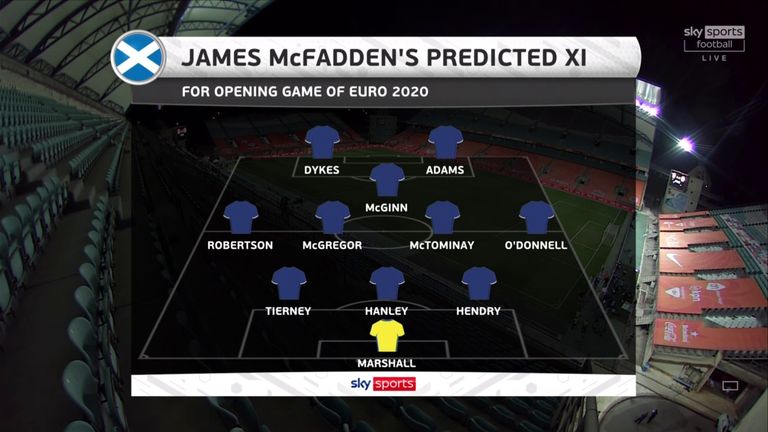 “I think he’ll go with Marshall. Kieran Tierney is the stick on, and I think he’ll bring Grant Hanley in, as he’s done well for him. If you’re going to play a back three, you want players either side of that back three who can step out and go into wide areas; Tierney we know for sure is comfortable at doing that, and Hendry has shown against good opposition in the Netherlands that he can step into the game.

“The rest of the team kind of picks itself, these players have been there and done it. Scott McTominay has dropped into right centre-back, but Clarke is clear that he’s bringing him as a midfielder, and he’ll bring something different. John McGinn is energy, goals, he can press, he’s a nuisance. That’s what I anticipate Steve Clarke will go with, but there is still time for him to change his mind.

Scotland travel to Luxembourg for their final warm-up game on Sunday at 5pm, before their Euro 2020 campaign gets underway against Czech Republic at Hampden Park on Monday June 14 – that is a 2pm kick-off.