Gary Neville has been left ‘demoralised’ after Manchester United crashed out of the FA Cup against Leicester.

Former Manchester City striker Kelechi Iheanacho continued his hot form in front of goal for the Foxes with a brace as Youri Tielemens scored the pick of the bunch to knock the Red Devils out of the competition at the quarter-final stage.

United manager Ole Gunnar Solskjaer named a very different looking side after returning from Italy where they beat AC Milan in the knockout rounds of the Europa League. 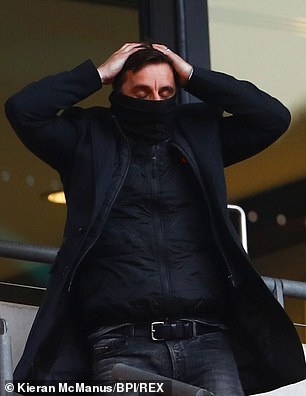 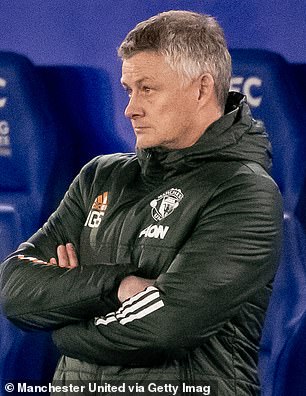 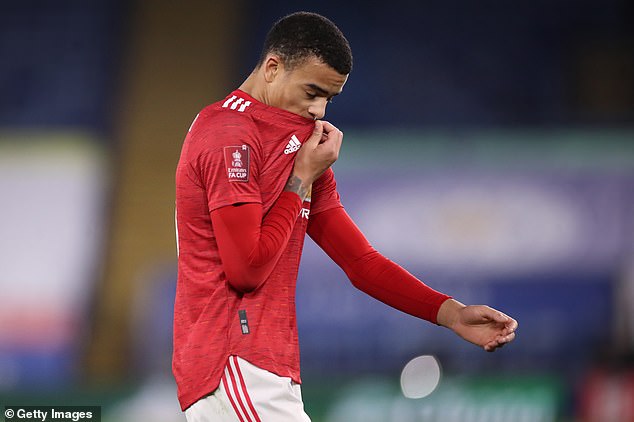 Neville admitted that he was surprised at the number of changes that were made ahead of the tie and feels that Solskjaer missed out on a good chance for a trophy.

‘Been a good week, not surprising they go to Milan and do what they did because they are good away from home,’ he told the Gary Neville podcast with Sky Sports.

‘Beating West Ham last week, and then I’m surprised that the team has been rotated so much.

‘I know he has been doing that, Ole Gunnar Solskjaer, but this was a real chance. You think about the semi final draw that occurred at half time in that game, which meant the winner played Southampton.

‘It’s not a gimmy against Southampton in the semi final by any stretch of the imagination but what an opportunity. And I do think believe that group of players need to win a trophy under Solskjaer. 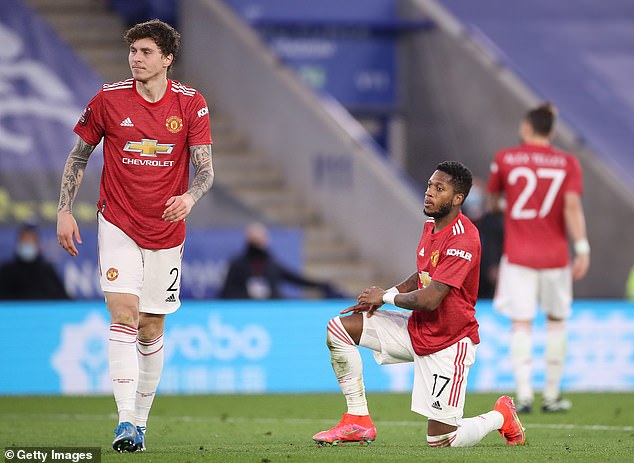 ‘Yes, of course, finishing second would be the priority at the start of the season and winning a trophy will now be the priority with that, they only have the Europa League left but that was a real good one today.

‘They have a decent record at Leicester and I was in the car listening to the game, get back from behind and think ‘here we go’ not surprised with United away from home – but then that second and third goes in and it’s a massive missed opportunity.’

Neville also admitted that the defeat at the King Power has left him feeling ‘demoralised’ as United’s hunt for silverware with Ole Gunnar Solskjaer has taken another backwards step.

‘I am demoralised a little bit tonight as a United fan because I do feel that was a really good one to go for this season,’ he added.

‘Spurs have that chance in a few weeks in a final and if Manchester City are going to be in a final, I know they have Chelsea, then Manchester United have got to be there to stop them. 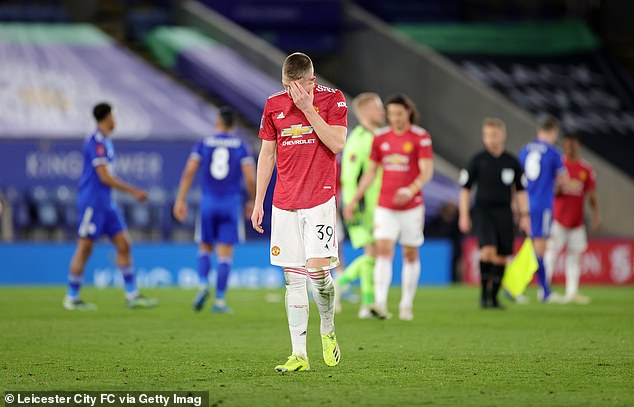 ‘You can’t rely on other teams to stop them if you are the second best team in the country. If you have a half decent record against City, which United under Solskjaer have, then you’ve got to be the ones to stop them.

‘Same in the league, you can’t wait for other teams to stop them for you, if you want to catch teams you have to leave one on them and I am disappointed with that tonight.

‘I think United fans are disappointed, I have seen the reaction on social media.’